A fabulous NGS garden opening on the same day as mine: Fernoholics paradise in a tree fern forest in Camberwell

So having started volunteering with the NGS the first garden I visited was Patrick's ..someone who I had met at a couple of other openings and who had described his garden as ‘just a few tree ferns’

It was so easy to which house was his as it had an exuberant front garden which was really well cared for in fact his neighbors mirrored his as he did them as well! 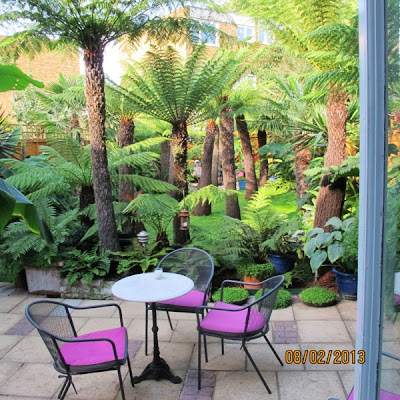 Going through the house to get to the garden was like entering a mysterious tunnel transporting you to New Zealand as on emerging the other end you are surrounded by a forest of tree ferns and lush foliage. I was gobsmacked as this was my idea of heaven and exactly my taste. It was also very inspiring 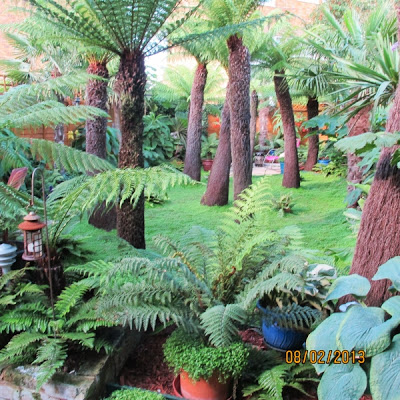 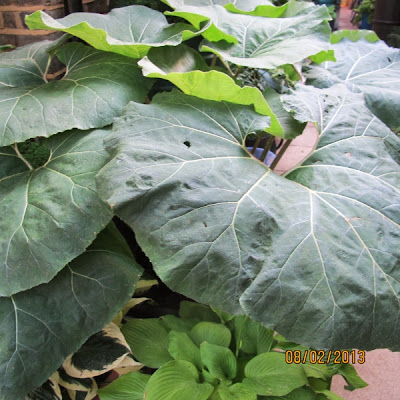 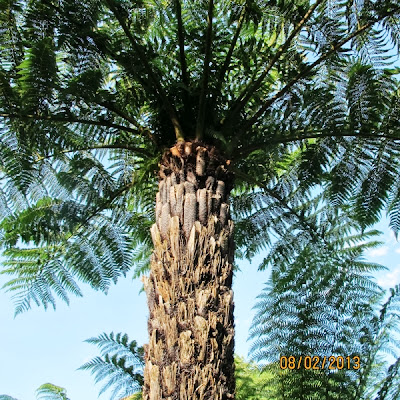 I came away intent on growing Petasites in containers and giving them more love as Patricks look magnificent.  I also hadn't seen Cyathea australis properly before....and here they were fabulous, and I actually now prefer them to Dicksonia and will try and get some in spring.

This is a magnificent garden....visit it! Come to Camberwell and do both.....

A unexpected primeval grove lies behind a traditional Victorian facade offering an host of delights. The dramatic heart of this surprising and totally original garden consists of a grove of 25 tall tree ferns clustered on a carpet of lush, low-level ground cover and surrounded by a host of exotic and dramatic large-leaved plants. A labour of love - and watering!
Sunday 1st September 2-5pm
8 Calais Street,  London,  SE5 9LP 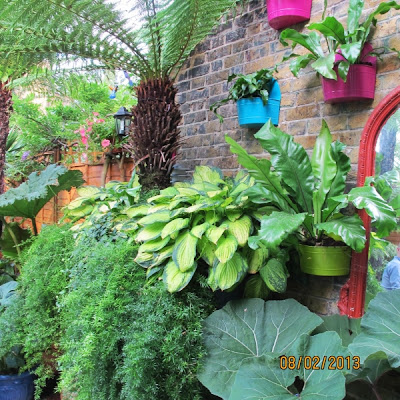