Firstly there was the new corner....this was where the greenhouse was, and some flower beds however we have reshaped things to create a new more hidden seating area. This was actually easier and more fun than I thought as I cut the turf to fit with a bread knife (don’t tell the husband) 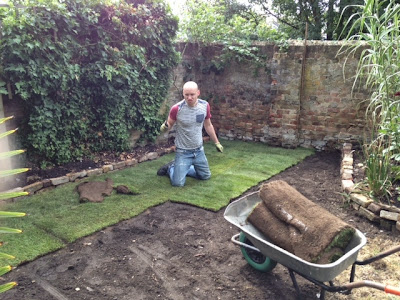 Secondly there was ‘the corner’ I think everyone has a corner where they dump things. out of sight out of mind does work, however it doesn’t when there is so much crap that is has overflowed into nice bits. So last weekend we went on 2 trips to the dump to get rid of about 30 bags of rubble which we seem to have accumulated

Then, the day after when I should have been relaxing in the hammock we decided to power wash the terrace as our fabulous fossil Indian sandstone has just got dirtier and dirtier to an extent of looking like concrete... This also sounds like an easy job however it meant all the plants had to be lifted off and cleared. All making for good before and after photos but I needed to go back to work for a rest.

However this was a great opportunity to rearrange the special plants I have on the terrace...I do love growing things in pots as you can jig them around at your pleasure and they can grow better. It was also a chance to try and stop the fox coming down as the far corner on the sofa is its favorite toilet spot....we thought we had foxed (ha ha) it with netting across the steps, however this morning I watched a young one squeeze through the railings, jump onto the patio table and to eat a house leek from a pot on the table....a bit of light salad to start the day? Oddly we found about 20 newts hiding under pots... 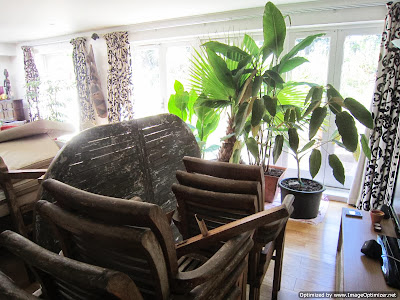 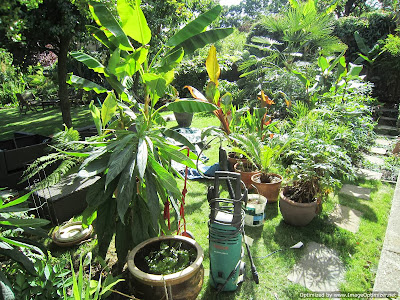 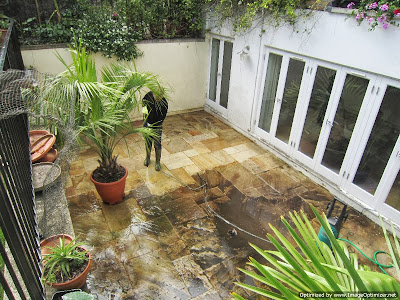 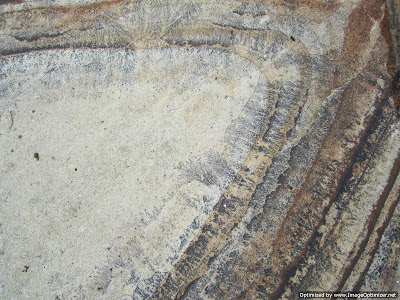 This is what it looks like clean and is a good reminder to do it more often! its not actually real fossils, more mineral deposits pretending to look like fossils... 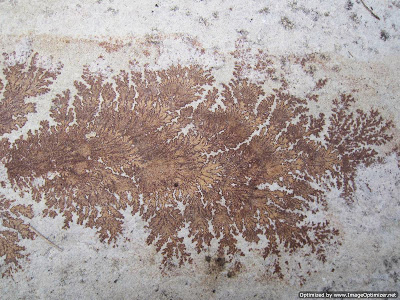 There has also been some frantic planting of anything to fill gaps, mass fertilization and talking nicely to the plants getting them to grow.


Also in my new role as an official NGS volunteer I went to visit our first potential new garden..more on this to follow but it was the most fabulous thing. A treefernohoics garden offset with beautiful exotic planting and a lawn of mind your own business. In all there must be 15? 6-8ft tree ferns. I had to pick my jaw off the ground and then swoon repeatedly for at least half an hour before I regained my composure. More to follow, but all this has inspired me, made me do more and want to up my game.  Please grow!

Email ThisBlogThis!Share to TwitterShare to FacebookShare to Pinterest
Labels: August