With all the summers warmth the garden is beginning to look very lush and tropical. The Paulownias are already giants and the bamboo is threatening to take over all of Camberwell

As the garden ages it is becoming more and more about the  perennials as things like the Tetrapanax forest gets bigger and crowds out space for annuals and Dahlias. Dry areas remain problematic as things in them shrivel in the heat and I scratch my head to see what I can put in instead. I'm being more and more drawn to things in pots as you can water and feed them better and I love jigging things around as they grow...

Motivation to garden in the hot weather is also a challenge as is the random decision as to whether I should host a group of 35 visitors lead by the 'Austrian Alan Titchmarsh' visitors in August 2015!?! sometimes being part of the NGS can throw up some random things... 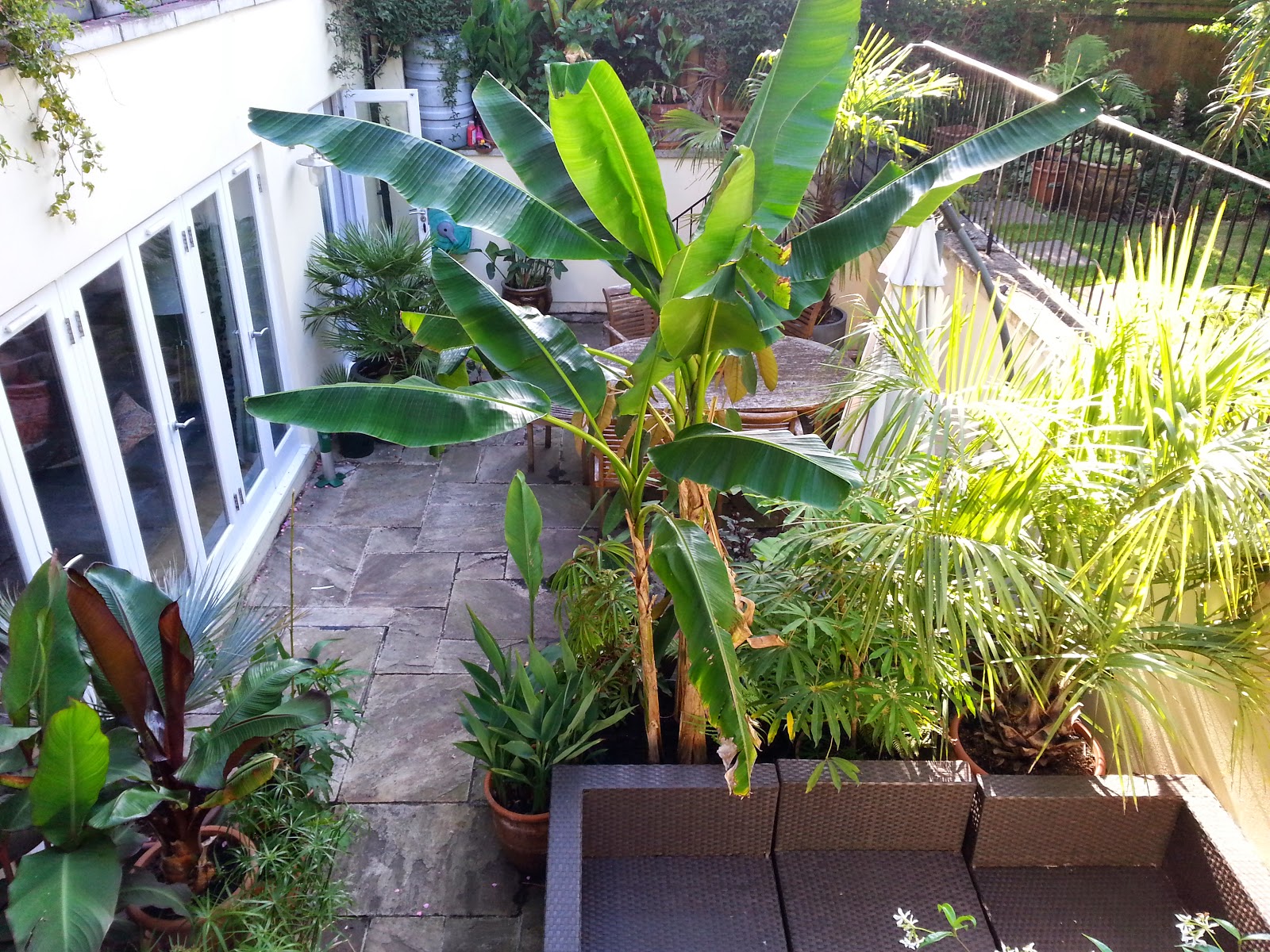 We have moved around the terrace and have a huge pot of 12ft Musa sikkimensis in the middle adding height and hiding the neighbors. 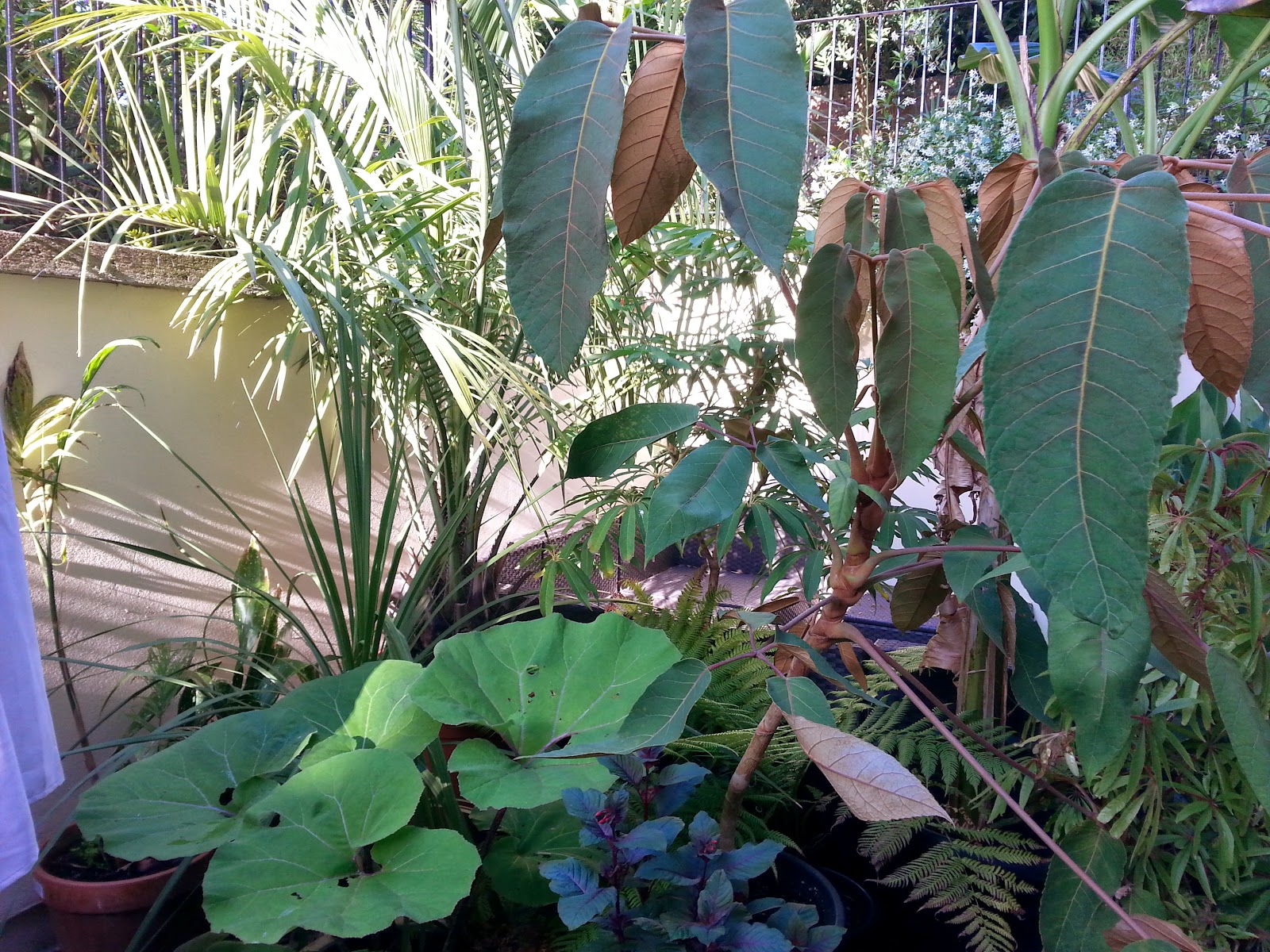 My Schlefera macrophylla is still alive, hurrah! at the bottom is a Petasites in a pot which I am rather pleased with as it is so much better than those in the ground 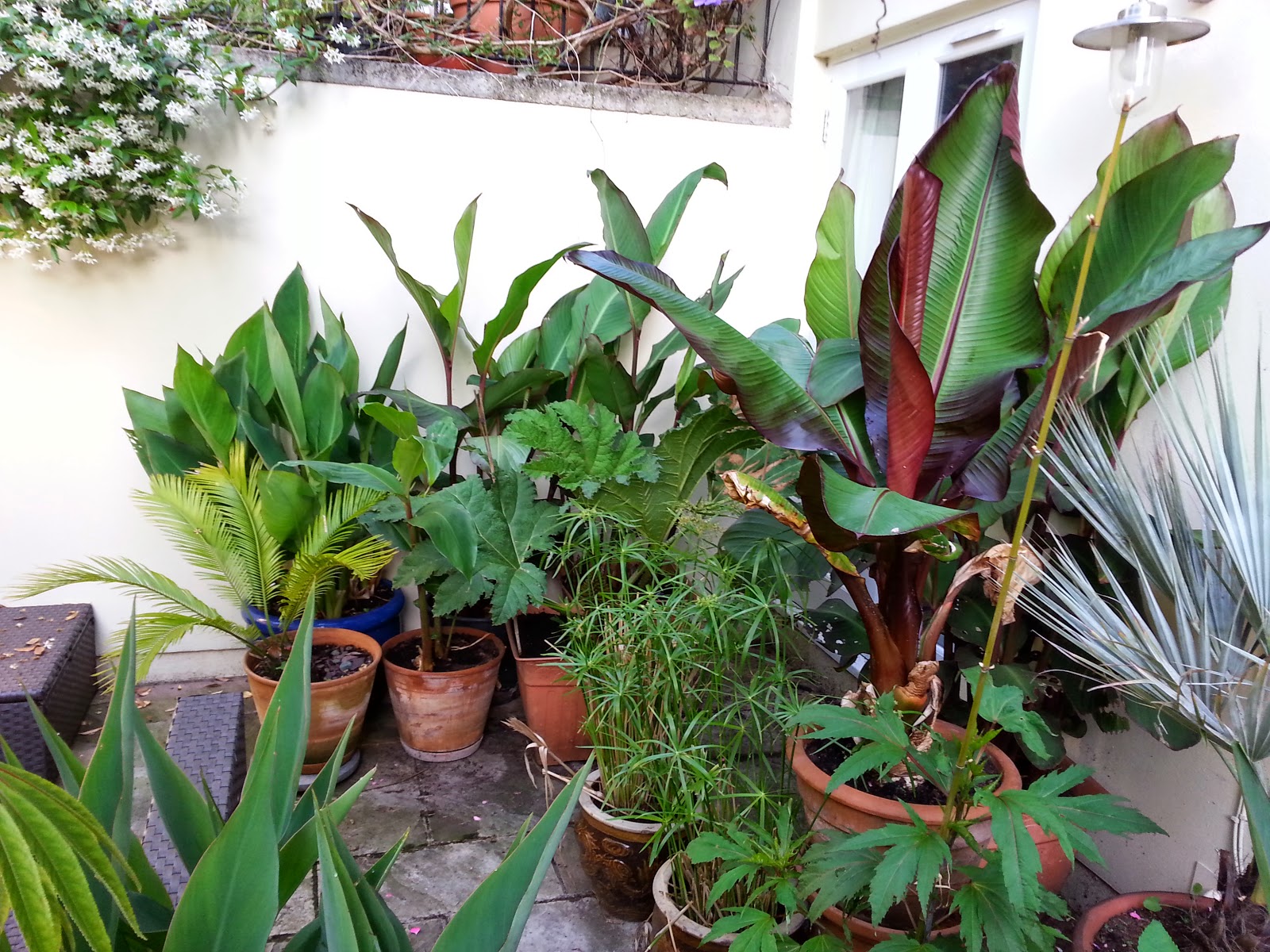 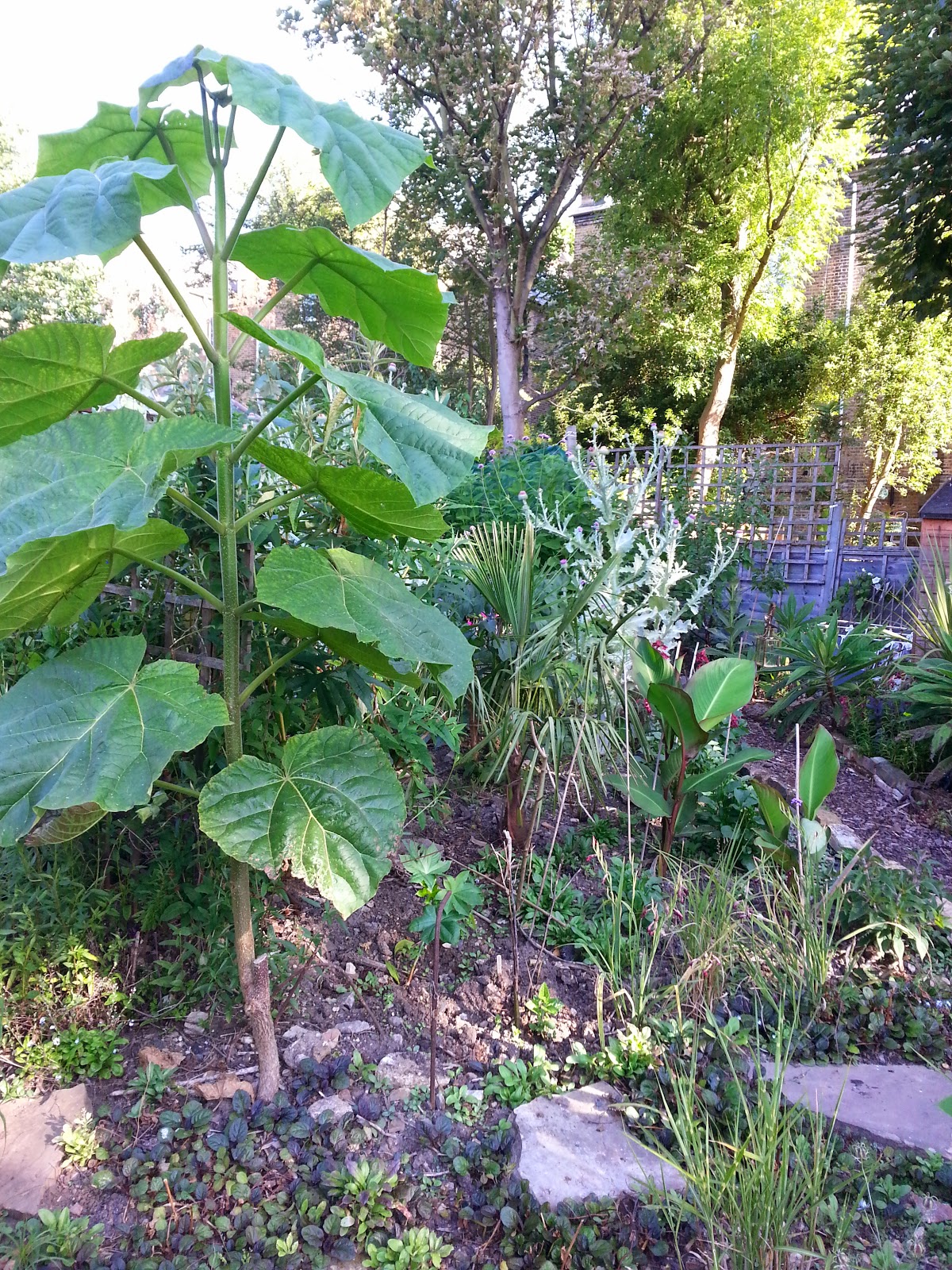 Paulownias are up to 10ft? although the surrounding Dahlias are just poking through the ground thanks to the slug and snail plague... 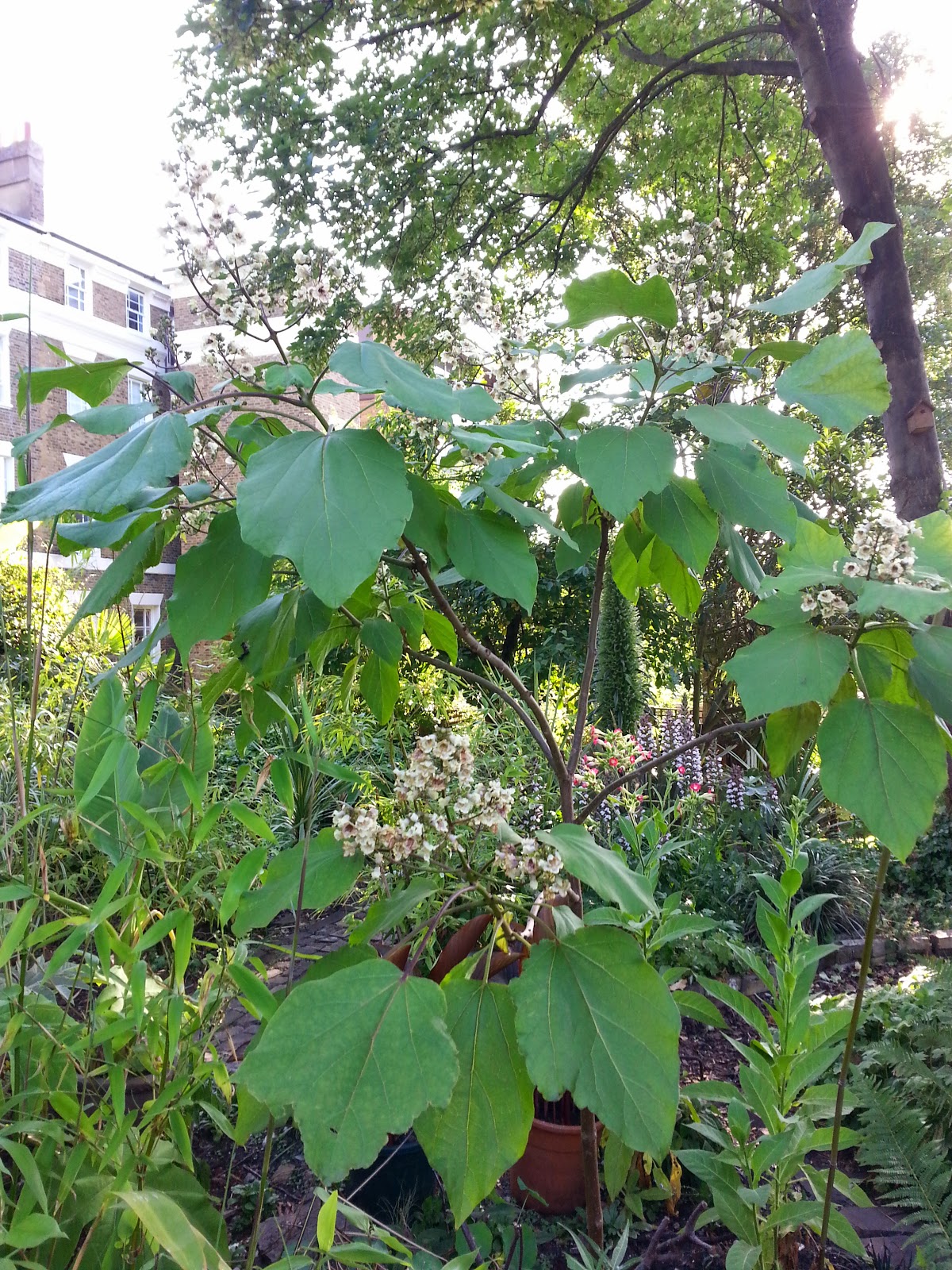 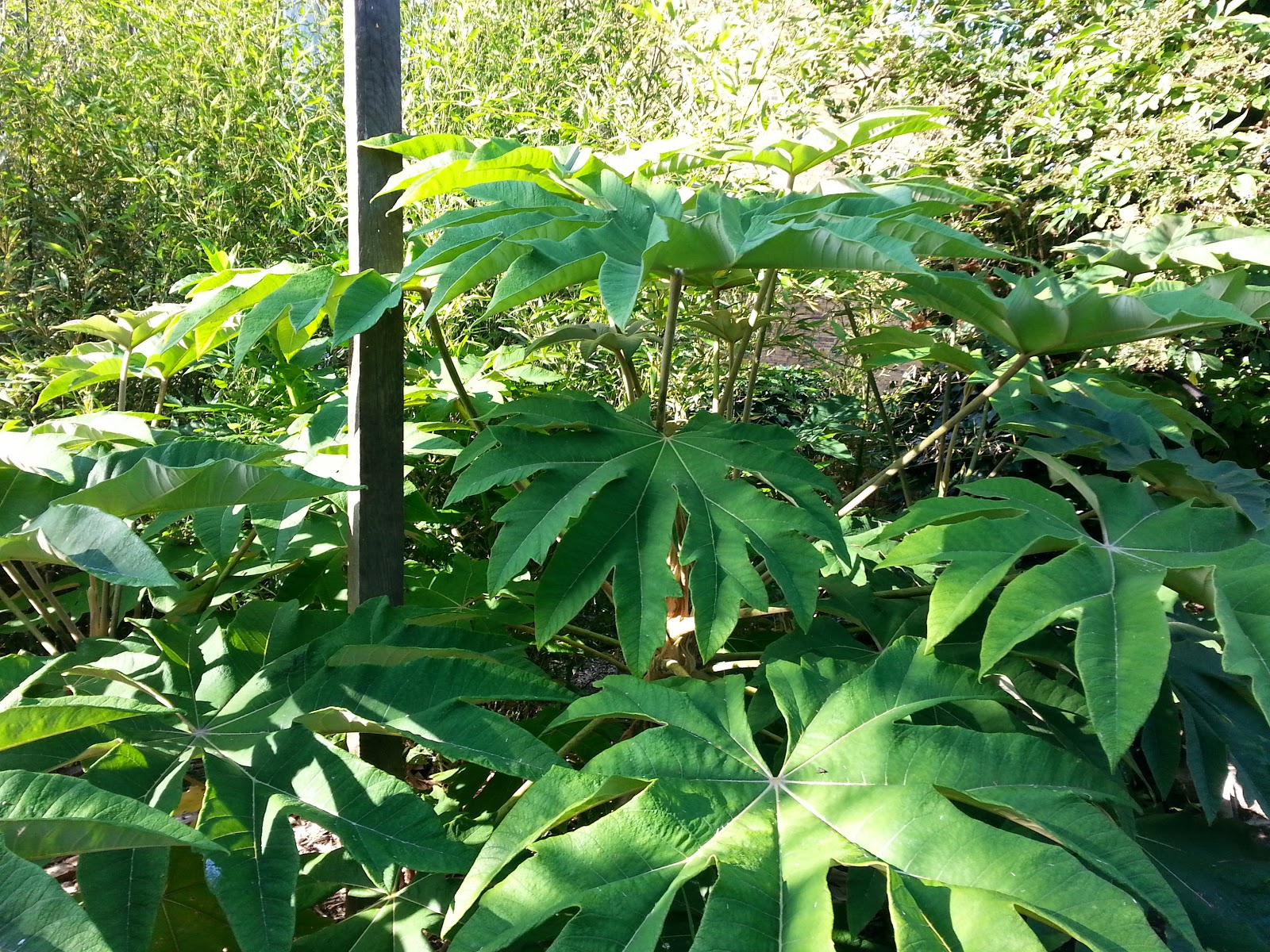 Tetrapanax coming into their own 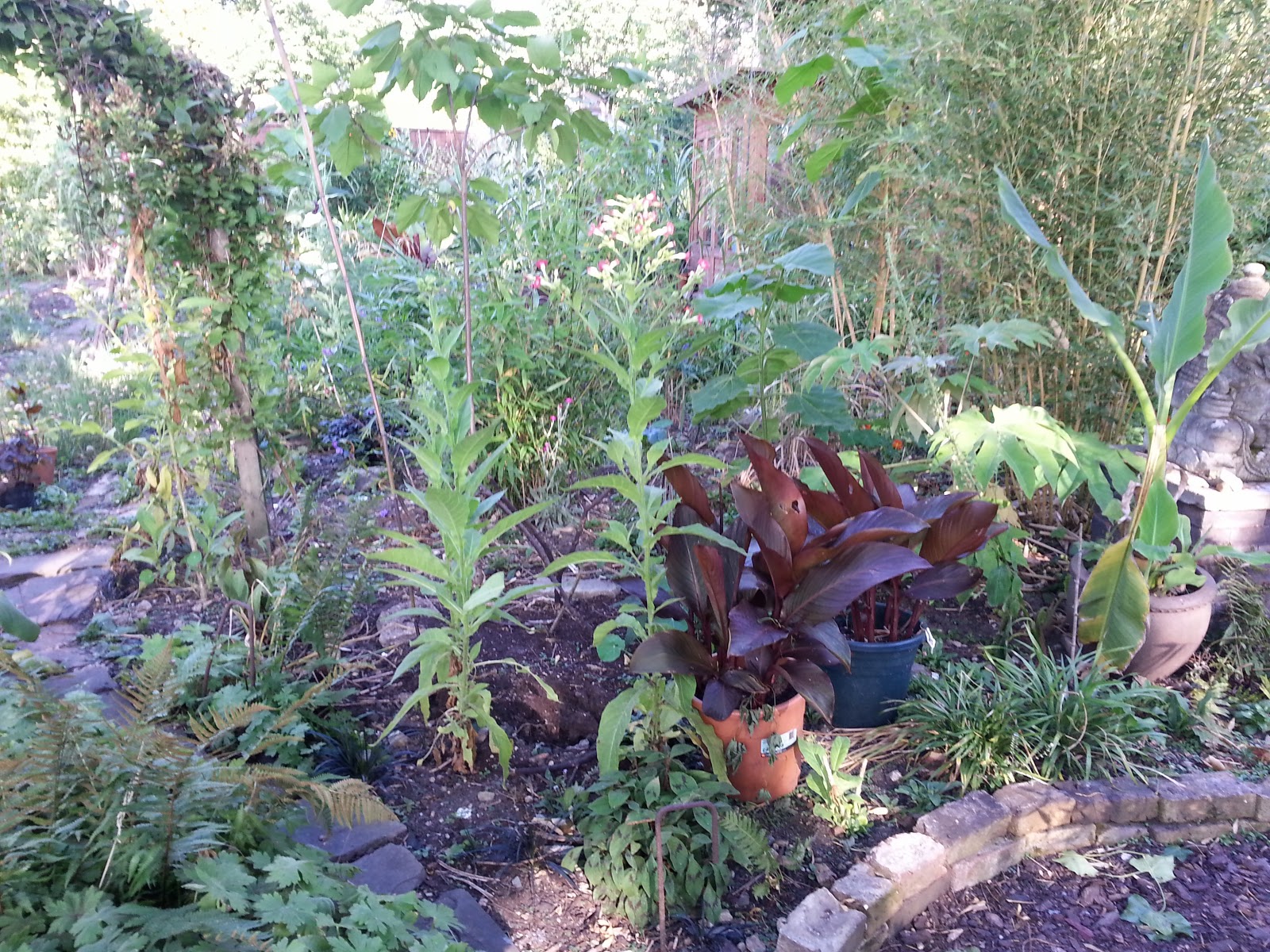 My problem area, dry shade where everything seems to struggle.. 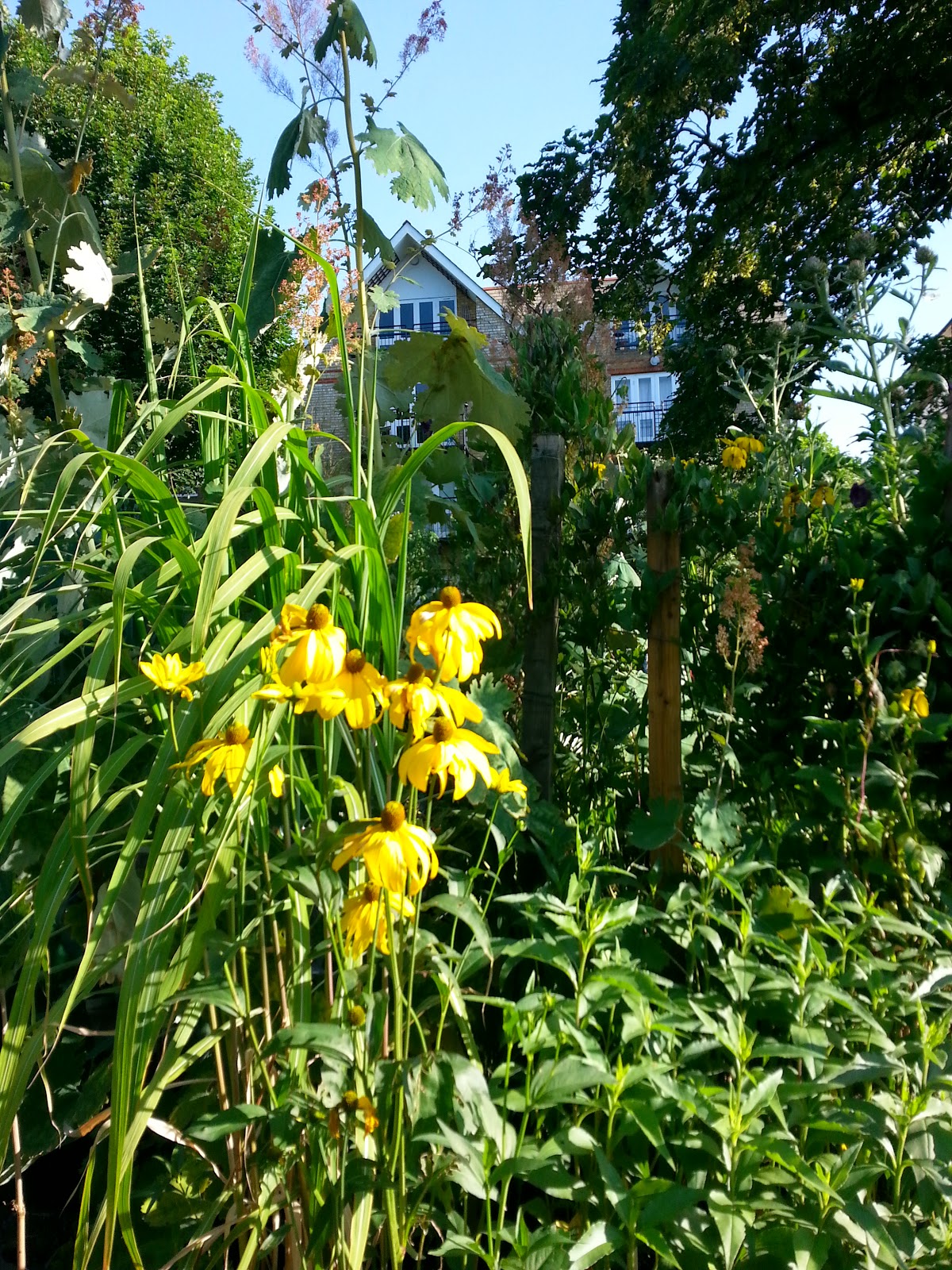 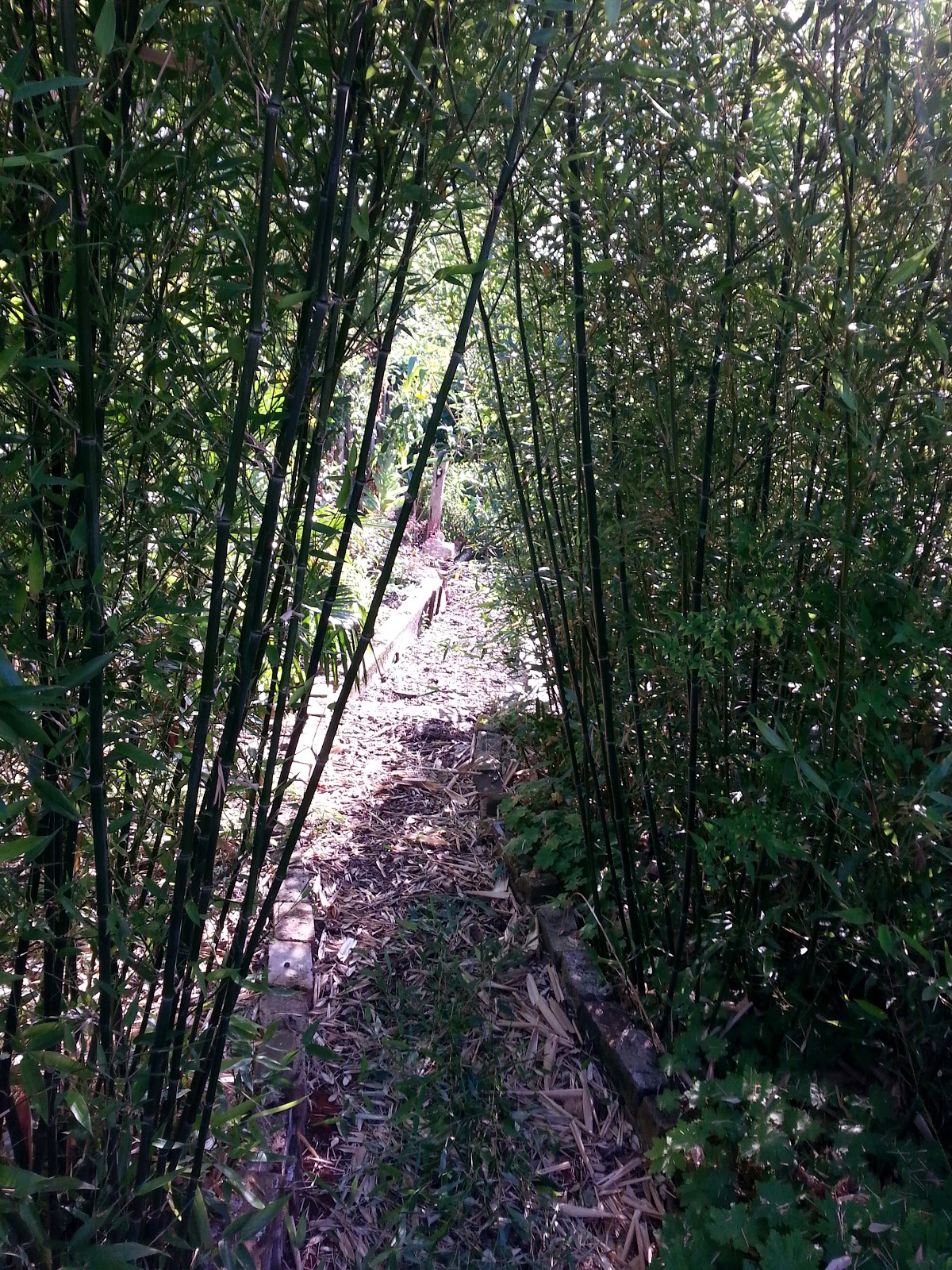 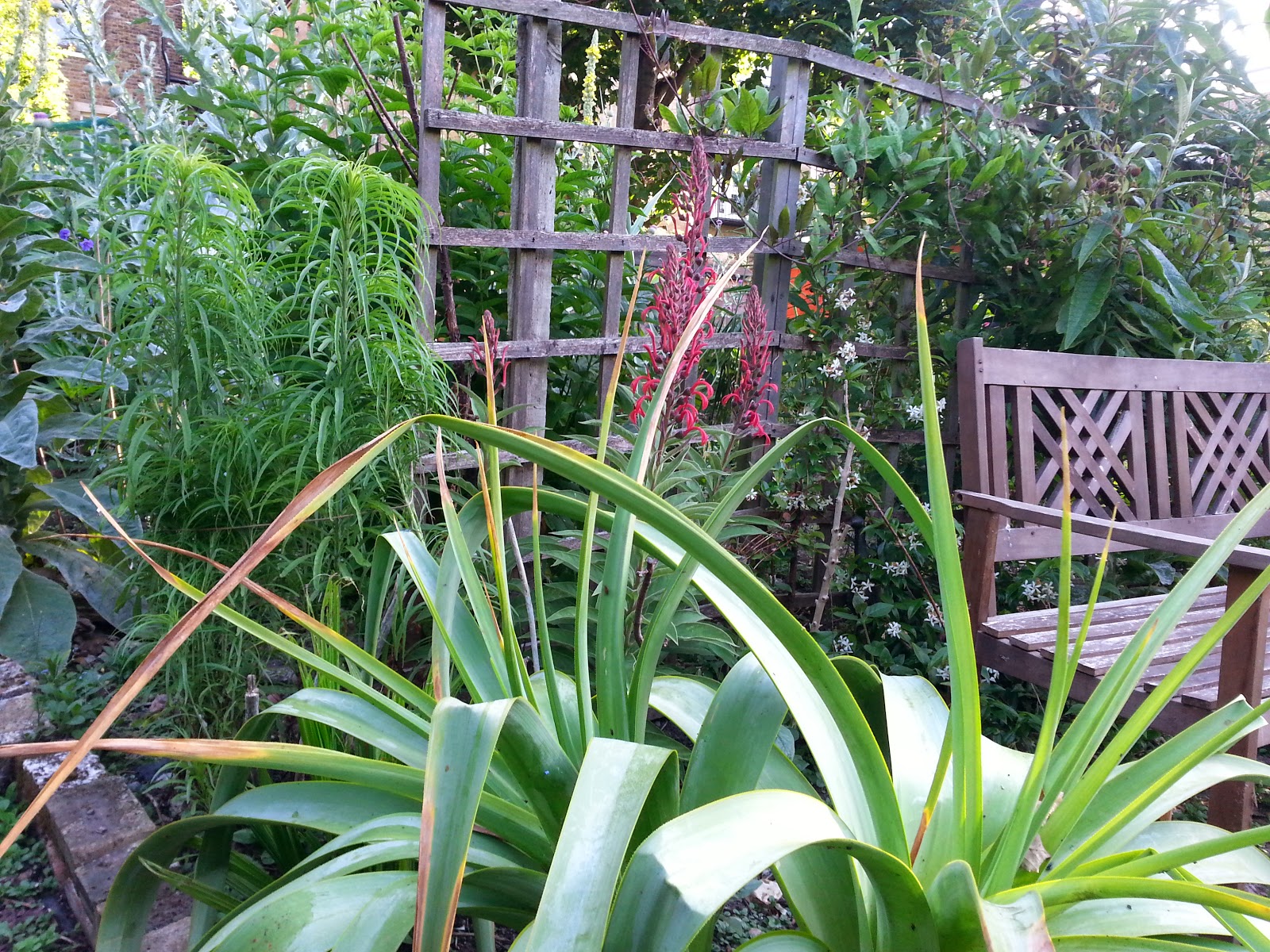 Kniphofia northiae with Lobelia tupa behind (and below) 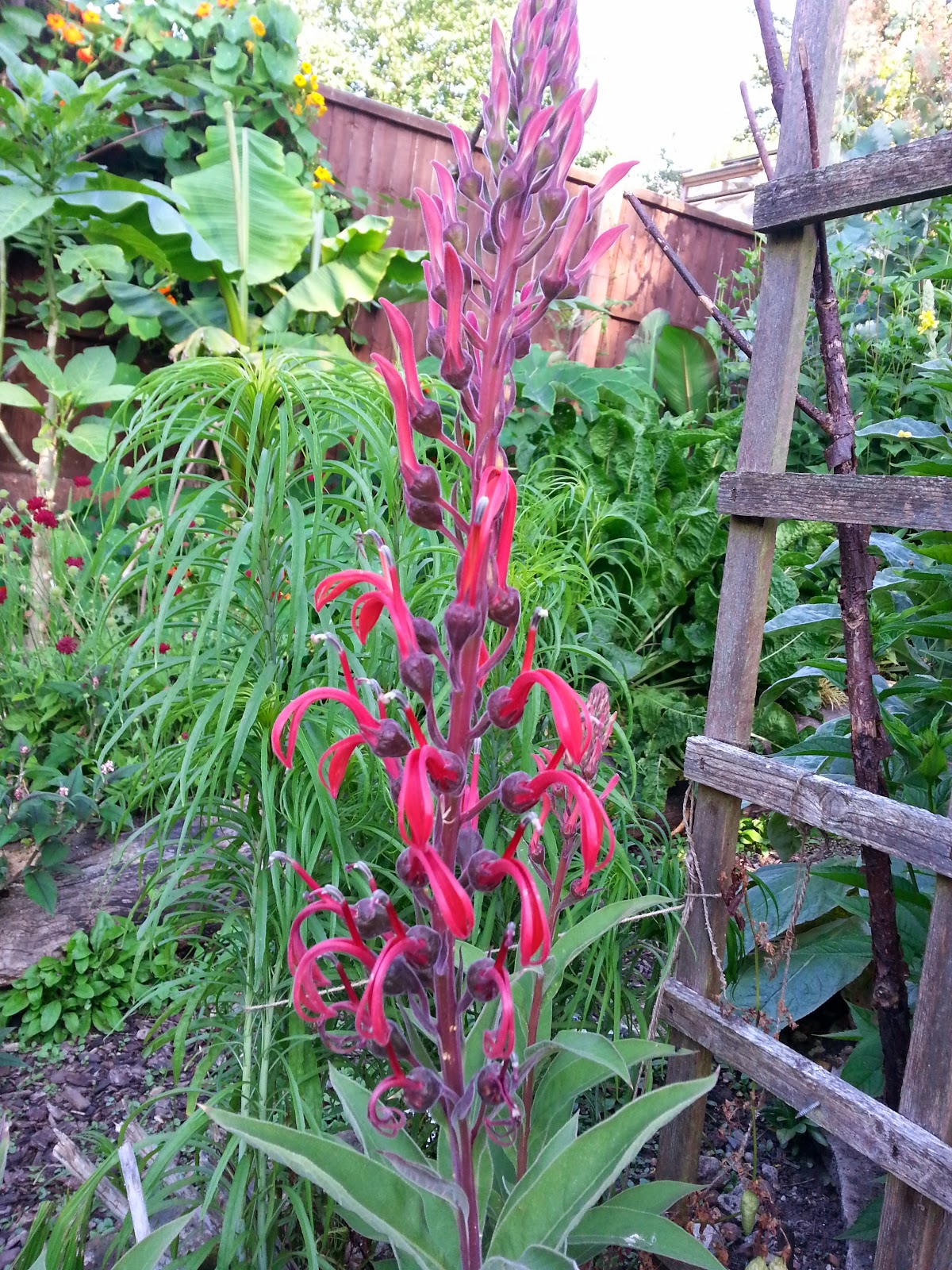 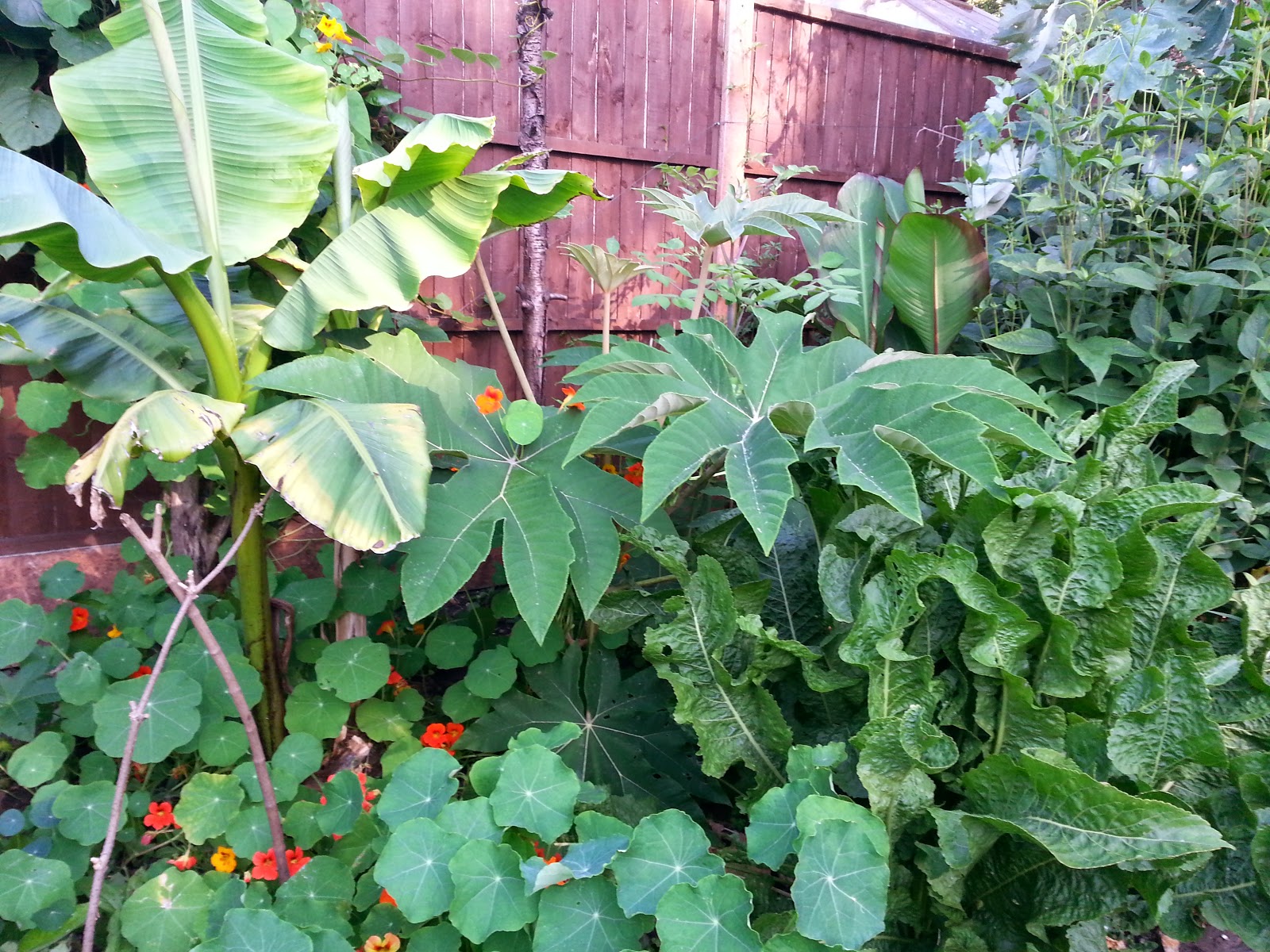 Juvenile Musa basjoo and Tetrapanax with exploding nasturshums and horseradish 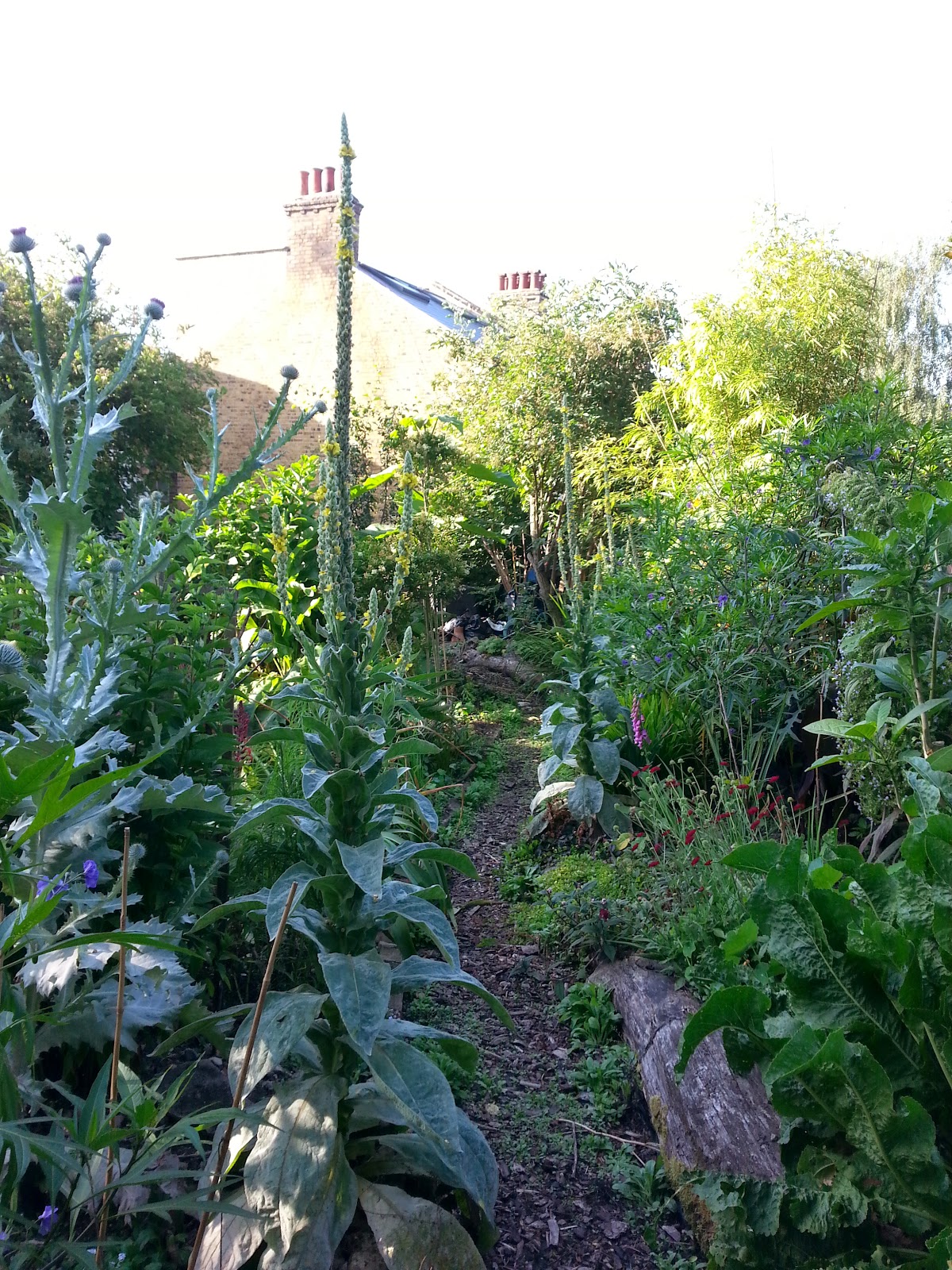 Self seeded verbascums...usually they are only 2ft where I plant them, but they are all abotu 6ft where they chose to plant themselves 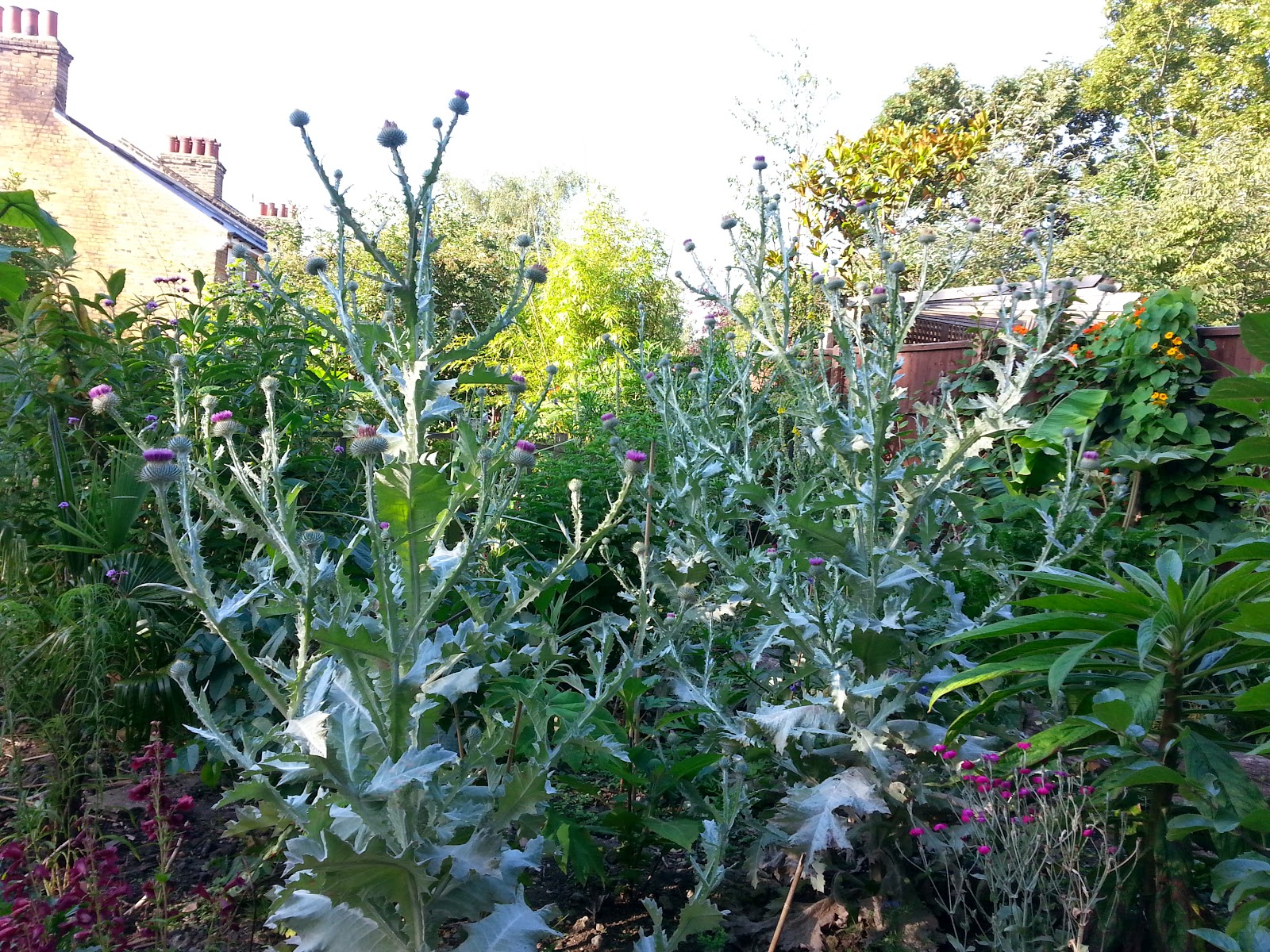 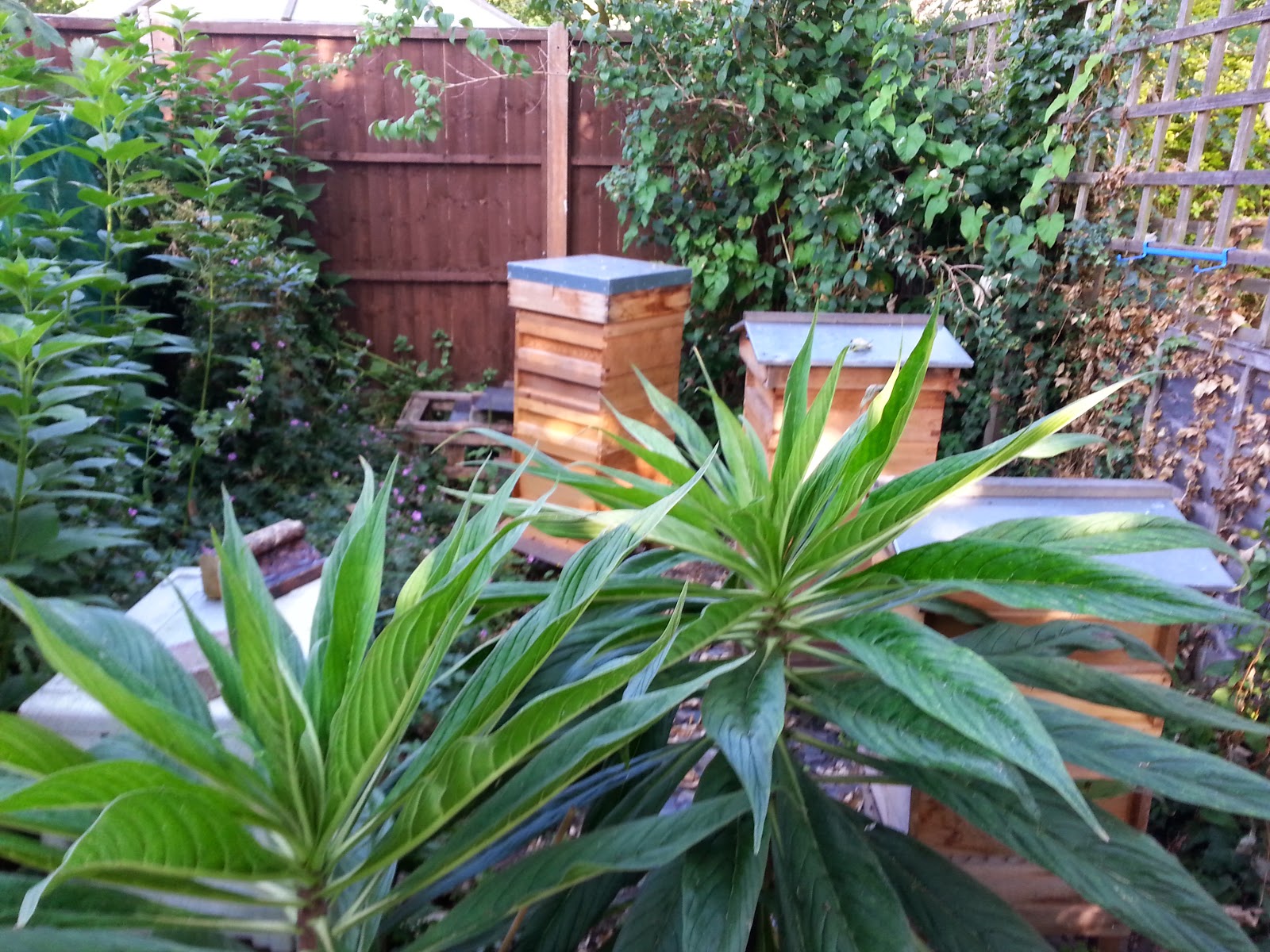 The bees...currently 3 hives topped with 9 supers. the up and down relationship continues... 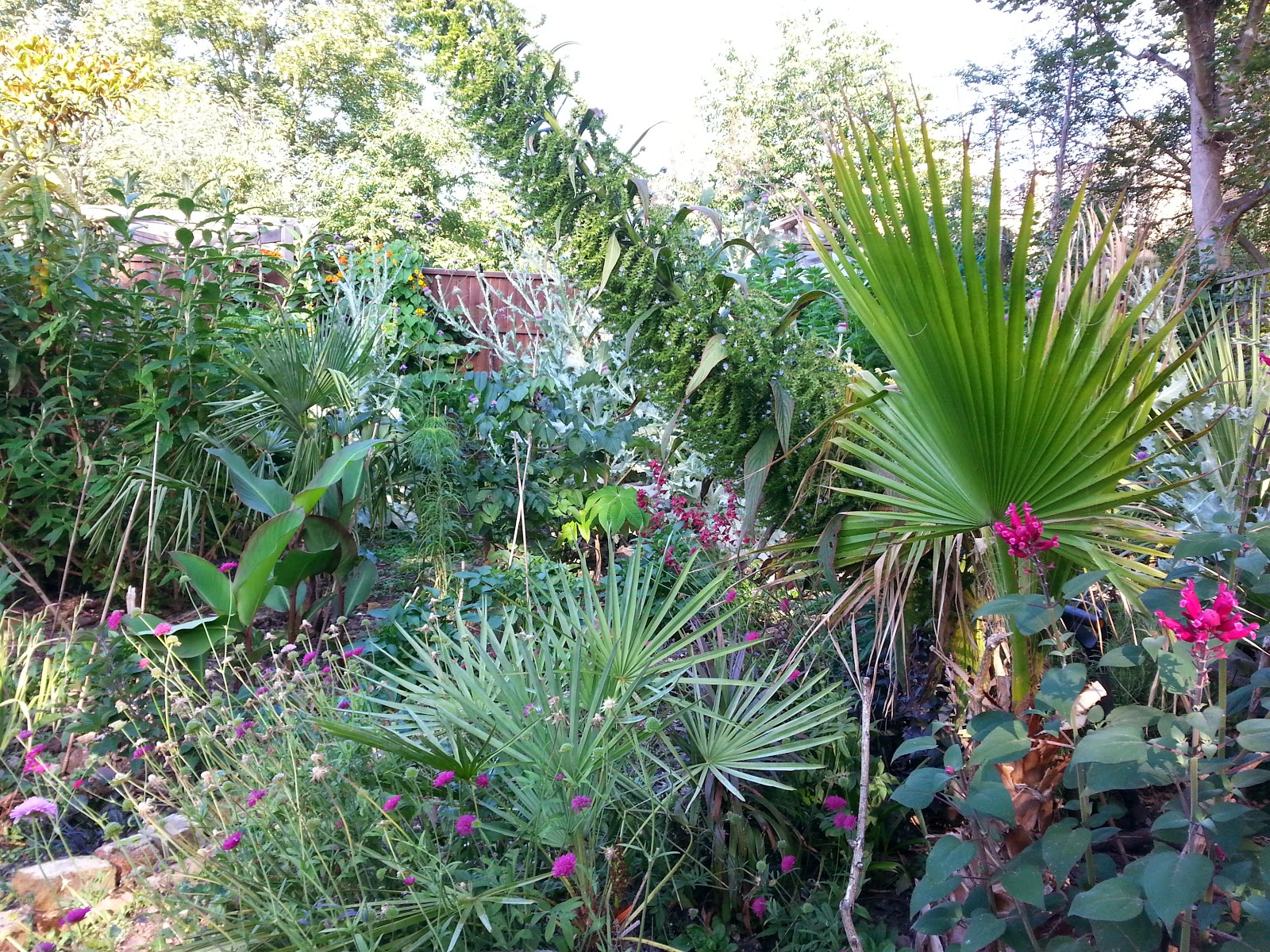 Leaning Echium whose days are numbered with sad Washingtonia 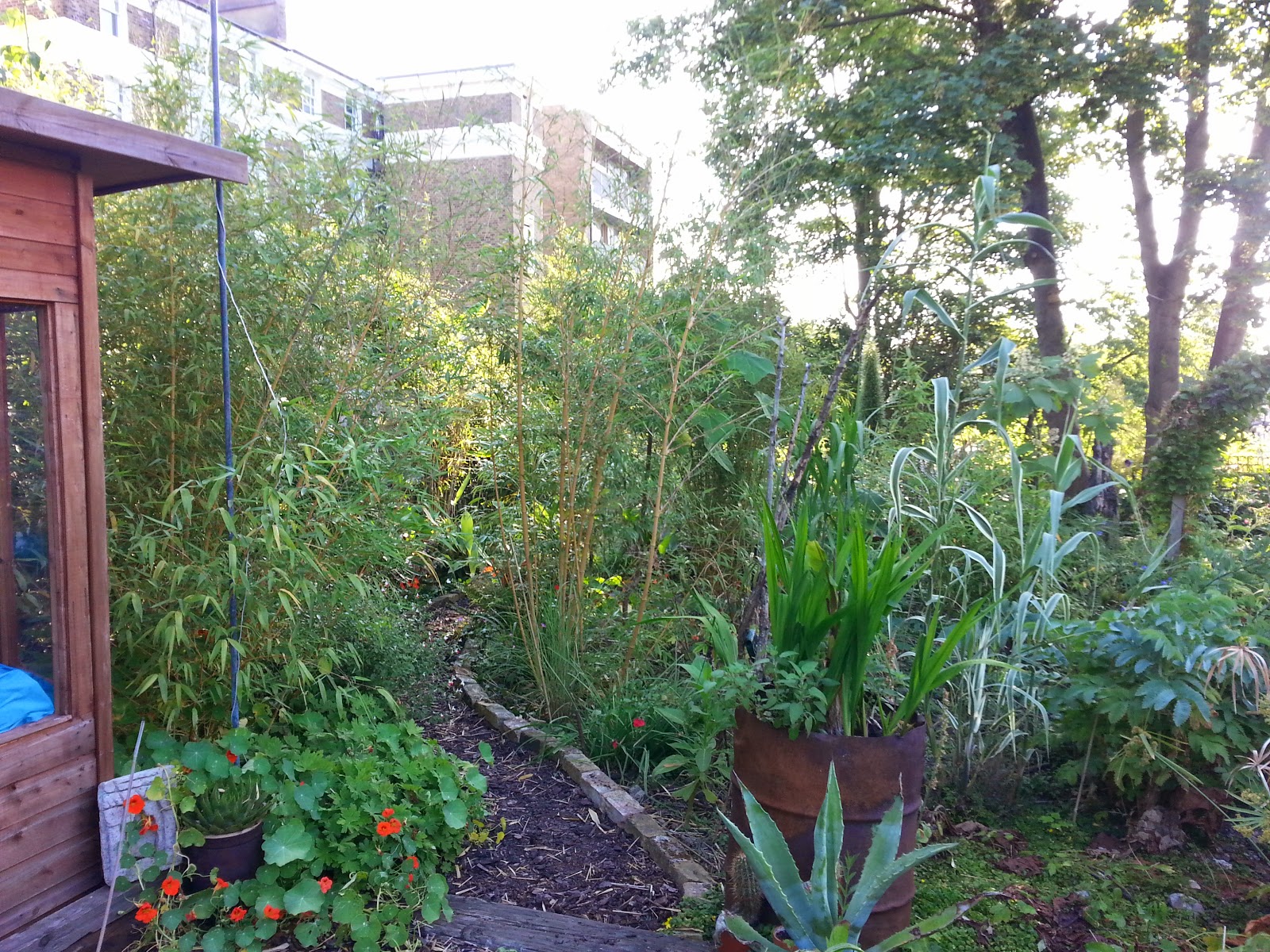 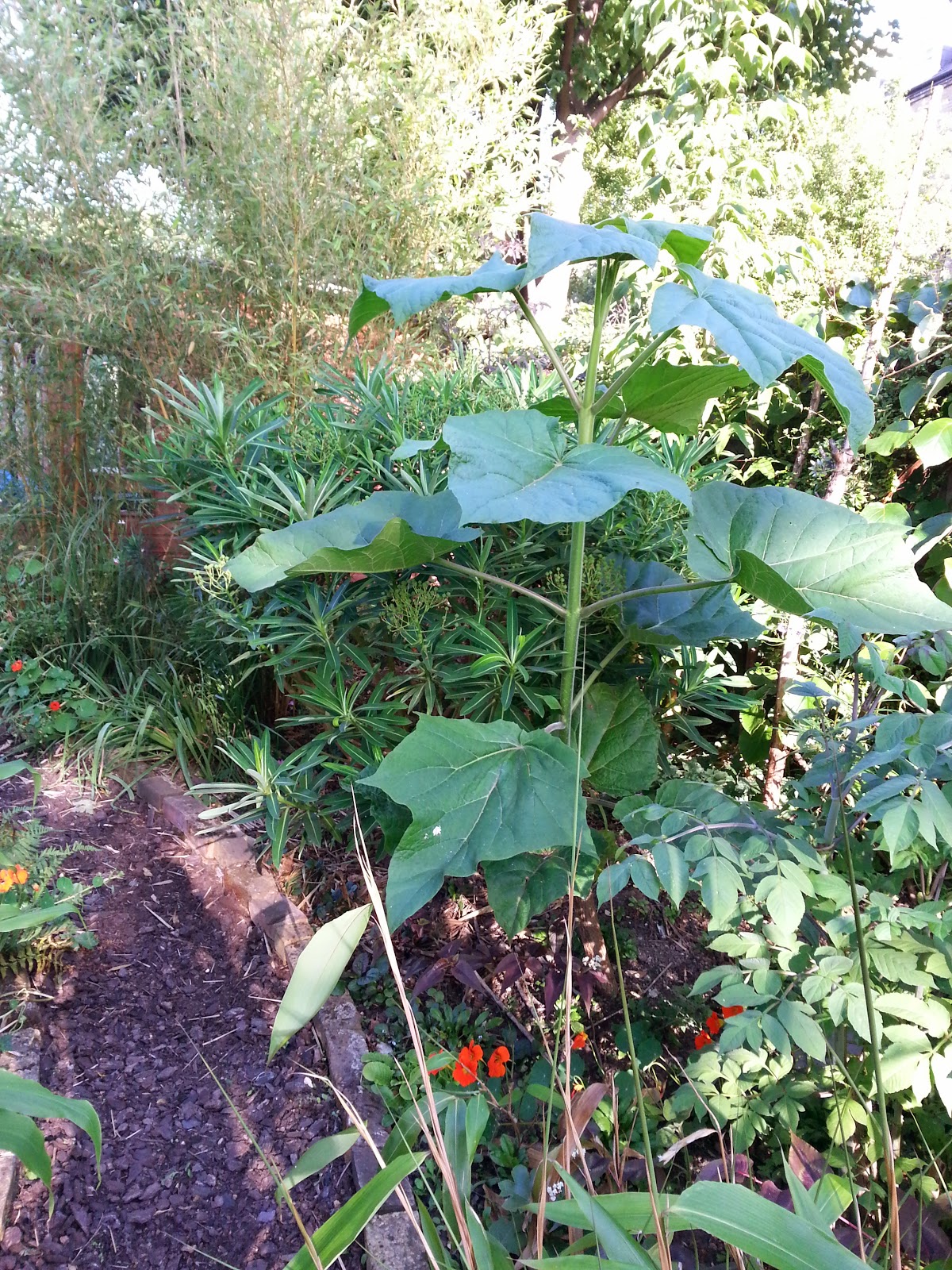 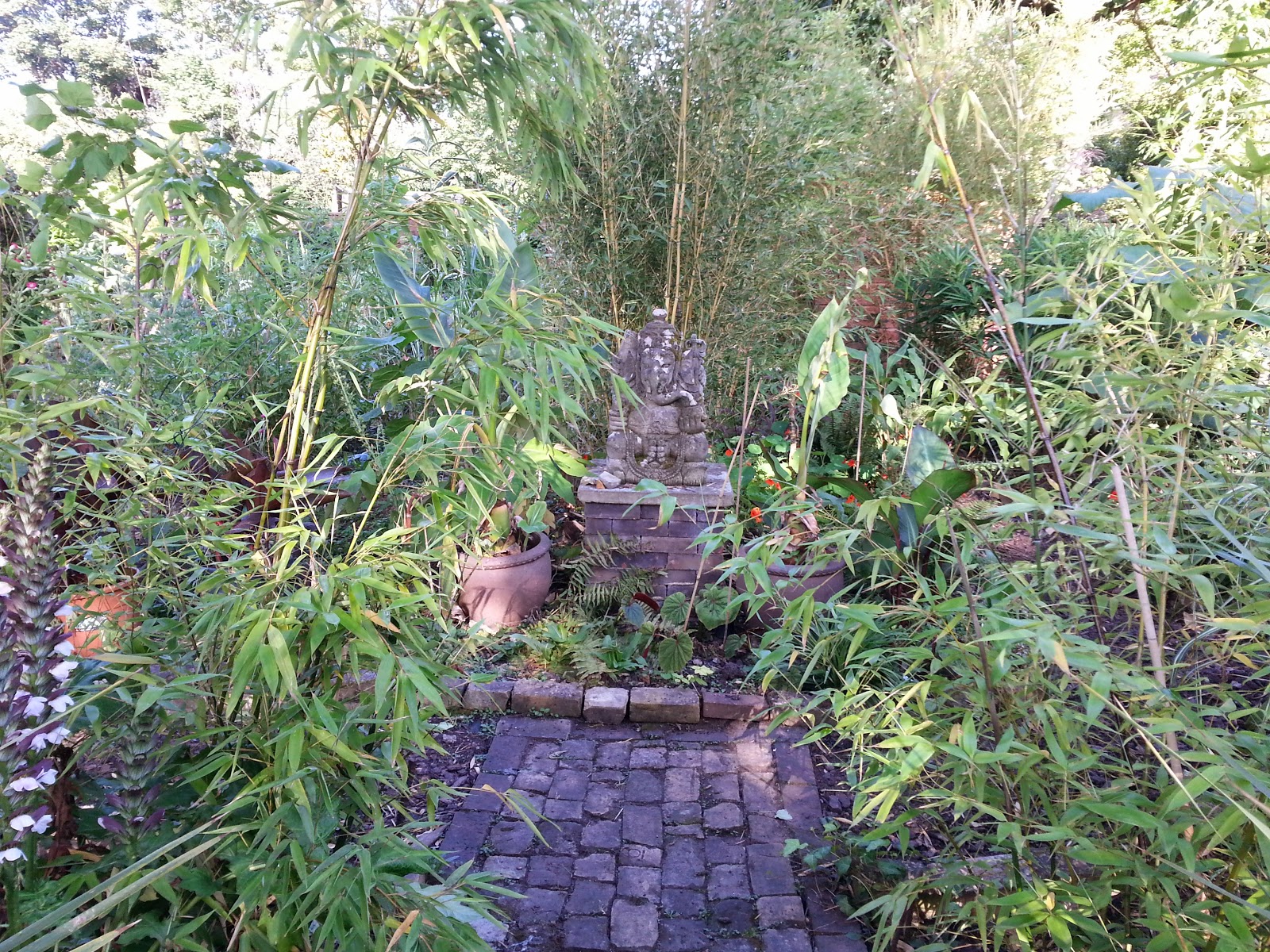 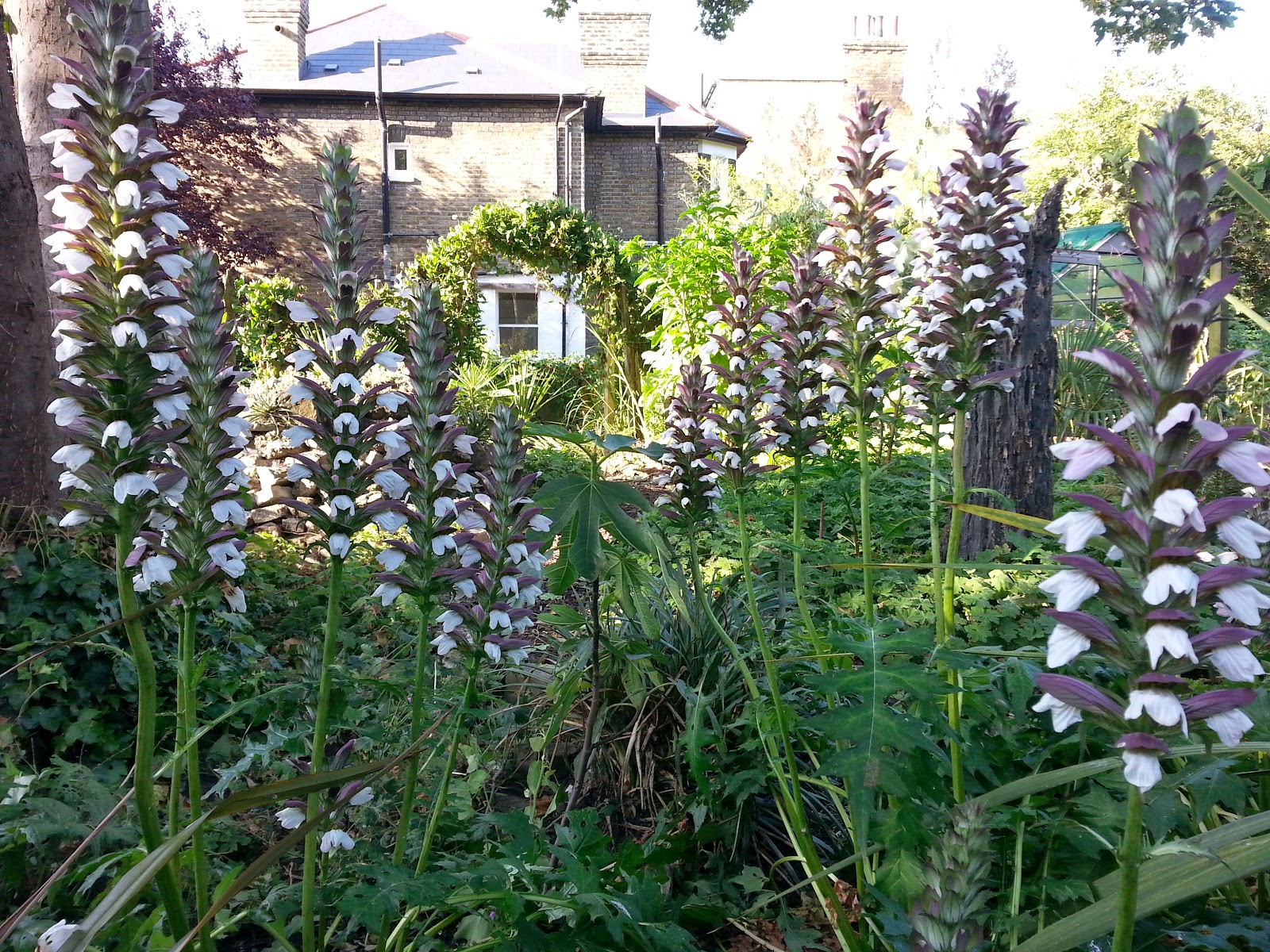 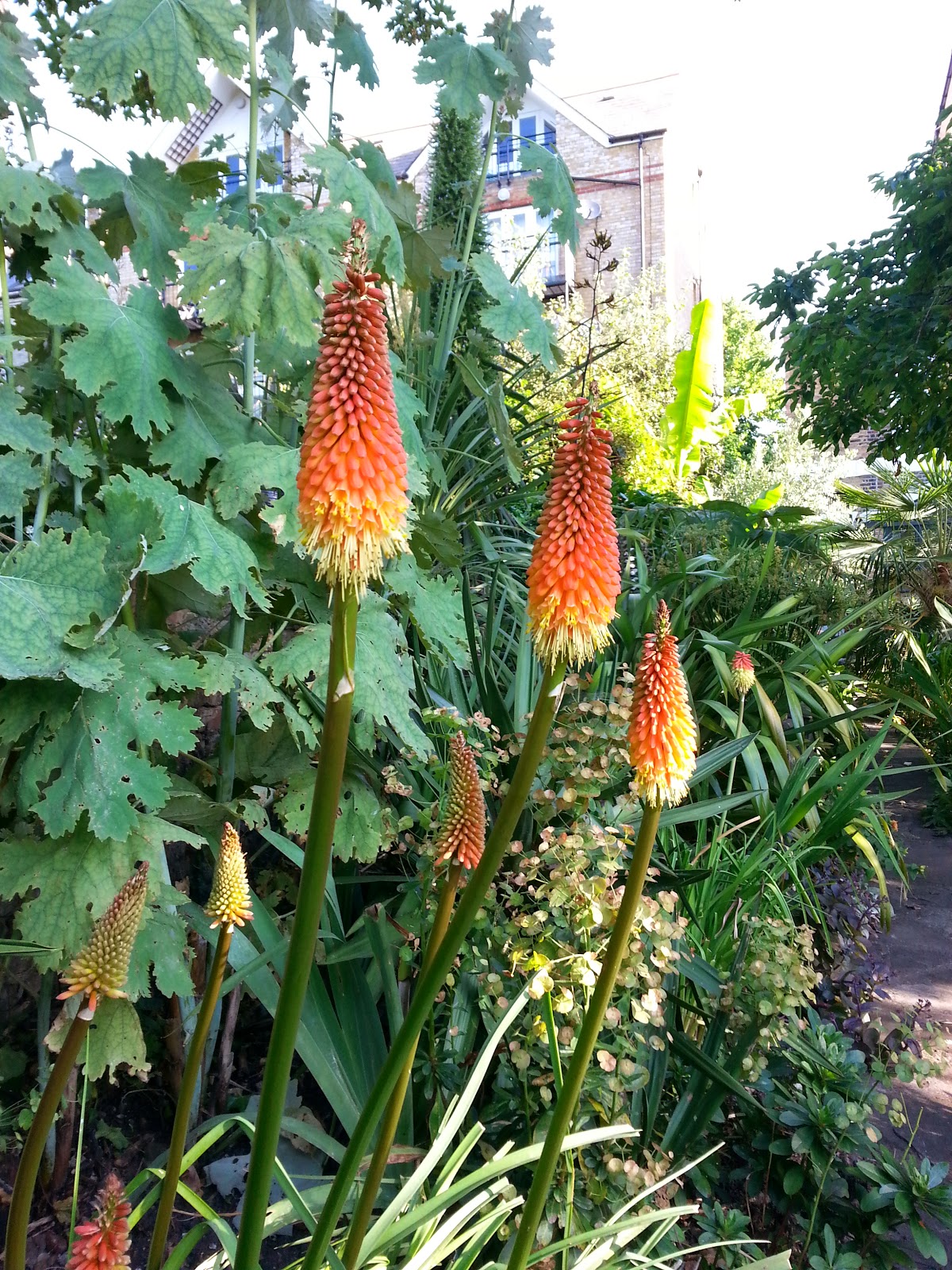 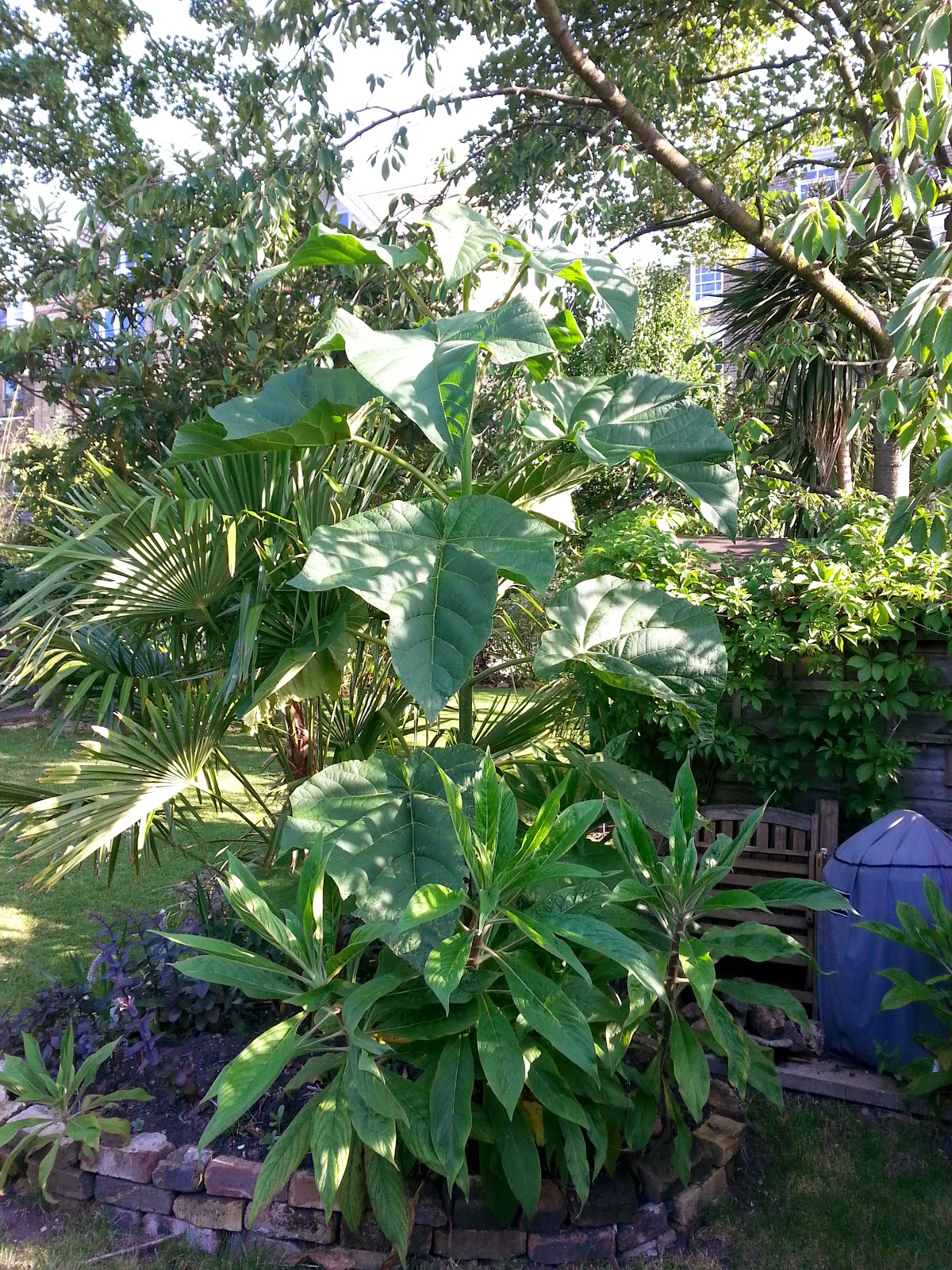 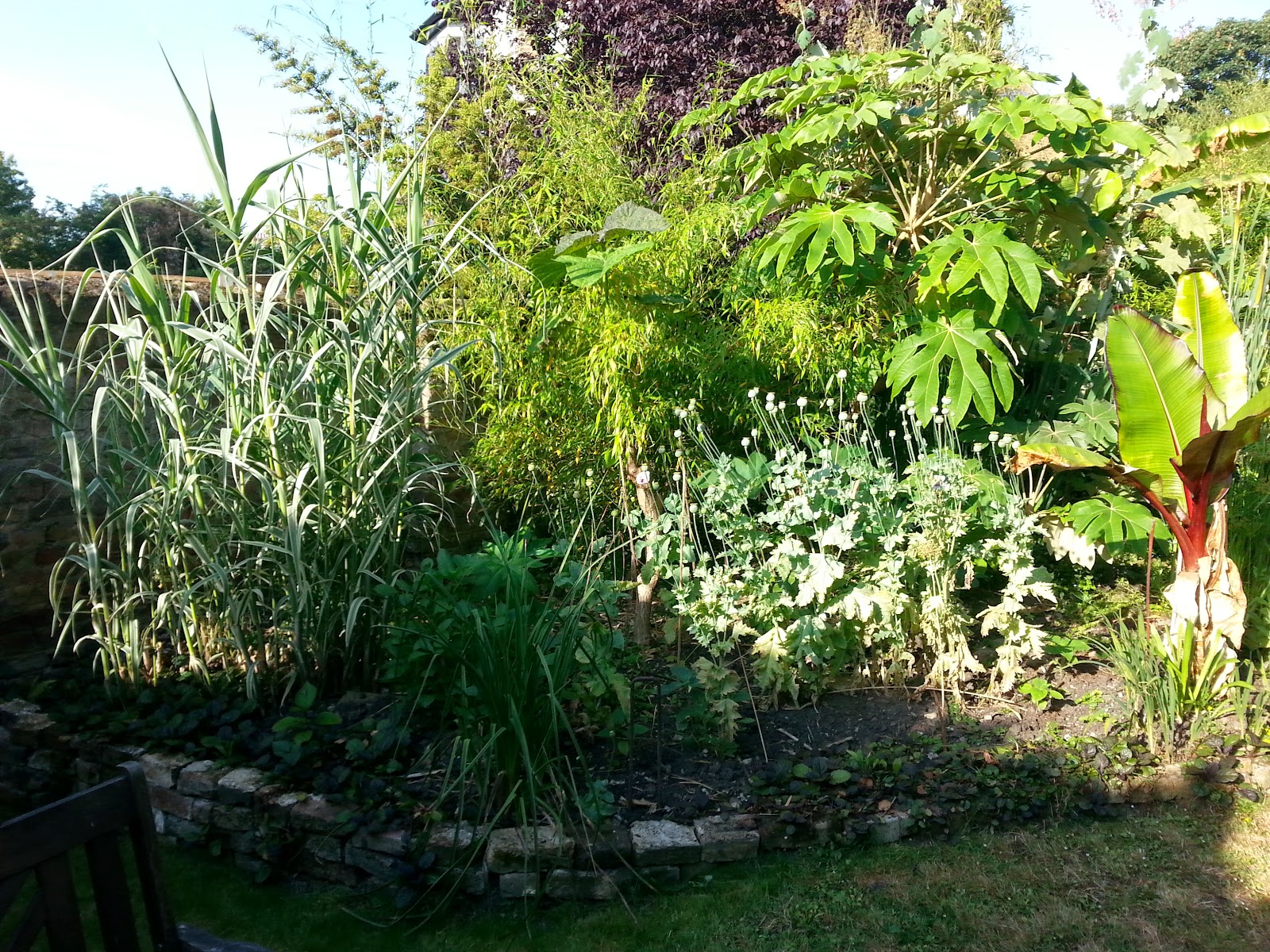 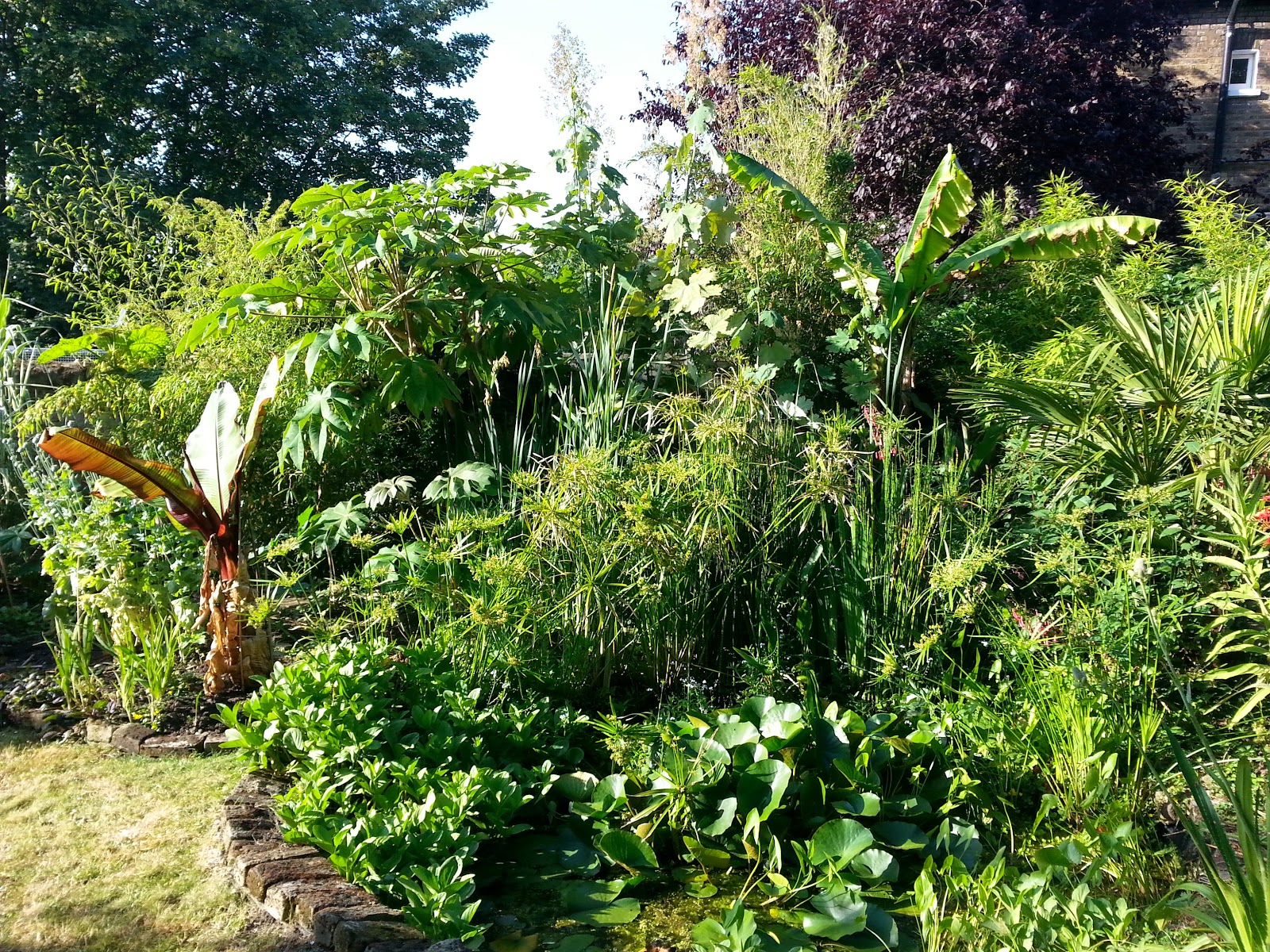 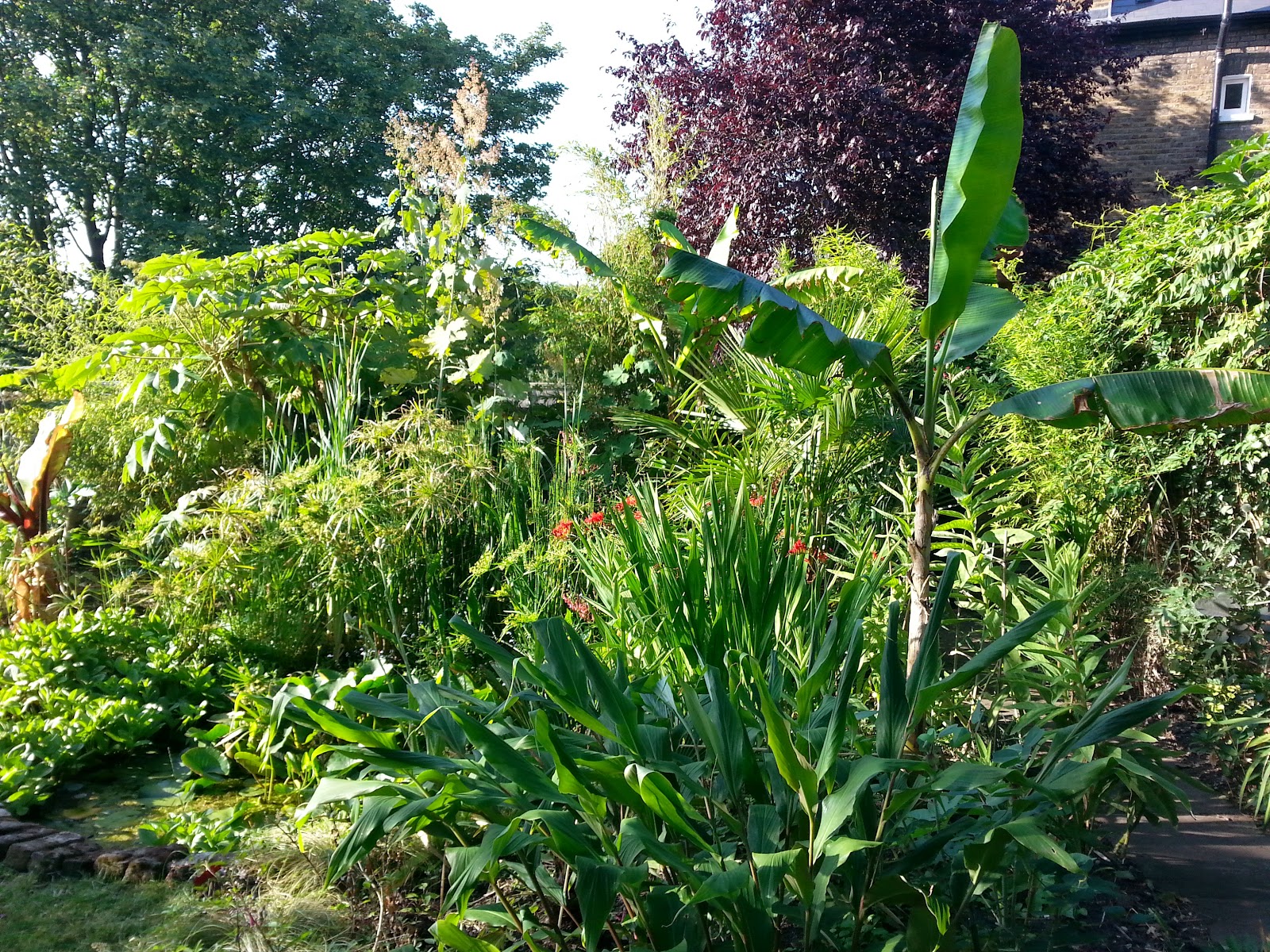 Email ThisBlogThis!Share to TwitterShare to FacebookShare to Pinterest
Labels: July