Our NGS garden opening during Covid

This was always going to be a strange year for the garden opening as it was our 10th year, and I wanted to do something memorable. I got what I asked for…

Opening 10 times is a big thing in the NGS world as you get the fabled ‘golden’ engraved trowel! Whoop whoop! You then have to open for another 10 years to get the matching fork, and 25 for a sundial. Interestingly it is the garden that gets the award and not us, so if we opened for 19 year and then moved, with someone new moving in and opening the garden then they would get the fork!

Despite Covid, we always hoped we would be able to open. The garden is big, I work in a hospital and we are both practical people and could easily see how we could reduce the risks and keep people safe. There were long chats about one-way systems, and if we should use disposable cups or send people out the back gate (to get lost on the other side of the railway tracks!)

The biggest thing for us was reducing the number of people who come to help. This is a big part of why we enjoy our opening, and why it goes so smoothly! Last year 15 people came, everyone comes early and Mum does a great lunch which we always eat on a huge table on the lawn. We then share a bottle of wine and make bets as to how many people will come that year. It is an easy way to bring people together, and the one time of the year I see many people including my Uncle. During Covid 15 people was way too many to have help and we reduced it to 8….

NGS made the opening very easy by having pre-bought tickets, and much time was spent trying to work out safe numbers of people and what the max time in the garden could be. We were also able to be completely contactless for our payments, which worked well.

As the opening drew nearer, I obsessively checked how the sales were going, with all the early ones going first and the 4-5pm ones going last. 4 days before we had sold out!

We managed to have a great trial run when a couple of people turned up 2 weeks early for the opening, having mis-read the date!

Stevens parents still came down to help which was great, and in preparation Steven bought lots of face shields and tons of handwash. Phil and William also helped along with my parents.

To increase numbers, we opened earlier…11am, which was a bit different as we usually have the morning to get ready and prep the last cakes! We were super prepared as I had been off on Friday, but it still felt a dash as I desperately tried to arrange the plant sale and do the labelling and pricing.

As time got closer to 11 I realised why all the early slots had gone first as everyone was there for the plant sale. Lifting the bunting to officially signify we were open was like starting a race with a crowd descending on the plants. The vulture fest continued for the first hour and a half and by mid afternoon nearly all the plants had gone! I regretted not having full PPE including a cattle prod!

The day then went super well…limiting numbers meant that there were no more than 24 people in the garden at any one time which made it lovely and relaxed….there were always lots of chairs for people to sit and have cake and none of the usual crowds. Stevens clever one-way system to buy cake meant people could see the terrace more, and the reduced numbers meant a very calm kitchen…I even managed to sit in the kitchen and had some cake without being shouted at, which is very abnormal!

I mainly looked after the plant sale for the first few hours (rather than my usual flouncing around) which I enjoyed. During the day there was loads of time to chat to people, and it was very heart-warming how many people thanked me for opening, and how great it was to have a garden to visit and to do something ‘normal’.

The super exciting bit was how much money we had made. Whilst I always hoped we would open, I fully expected us to make a fraction of what we usually made.

In total we had 206 visitors and made £2628 for charity! The most money ever! And a great, and very memorable, achievement for our 10th opening during the Covid pandemic. 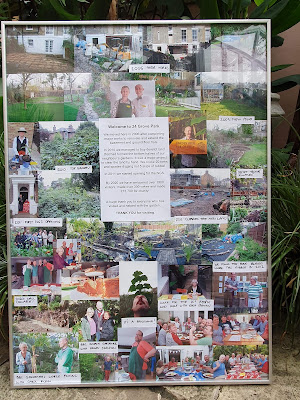 A new photo montage to celebrate the 10th year 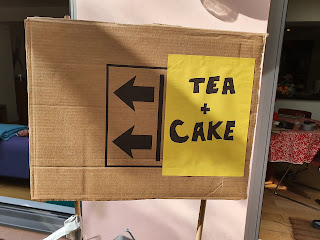 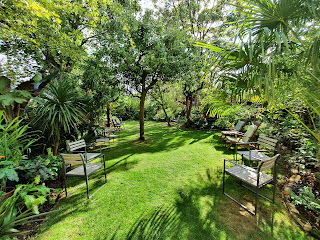 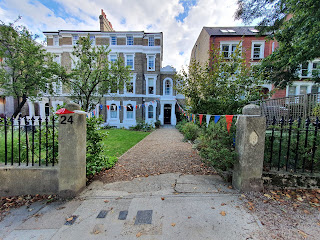 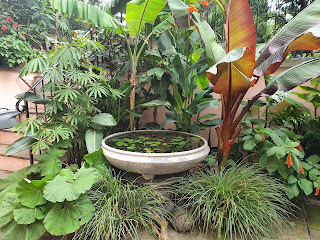 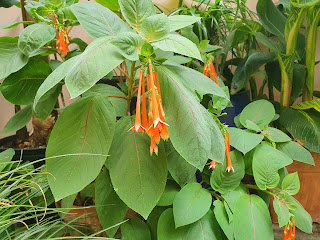 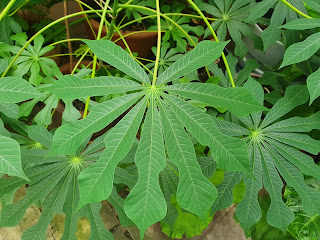 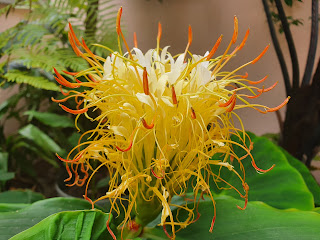 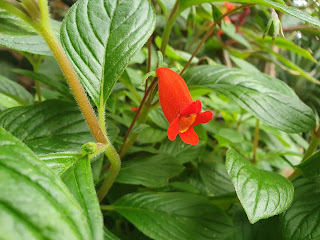 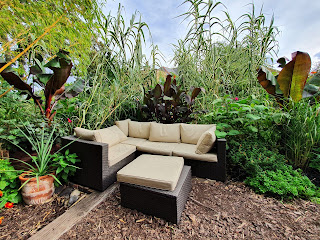 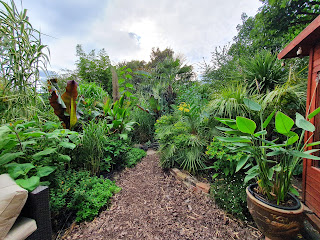 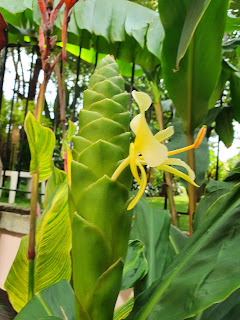 THANK YOU to everyone that came!