I have just been lucky enough to have a couple of weeks holiday in Thailand which was absolutely fabulous as it is a beautiful country with wonderful food. I have been to Thailand about 8? times as there is always more to do and eat and now I am all cultured out.

So to be good tourists we started with Jim Thompsons garden which I have seen a few times before but primarily wanted to go back to have a nosy round the garden. 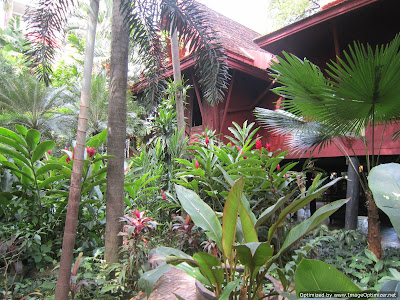 Jim Thompson is now a global brand, and his house is held up as an example of how traditional Thai architecture and design can be used to create a fabulous house. If you don’t know anything about him, basically he was an American who revitalised the Thai silk industry in the 50’s/60’s and championed Thai design. He created a house by piecing together 6 traditional Thai houses to create an amazing space to live and display all his Thai objects d’art. He mysteriously disappeared in 1967 and since then his house has been preserved and opened as a museum. I love the house as everything is to my taste, and I walk around the house crying about how nice it is, but the garden is also quite special. 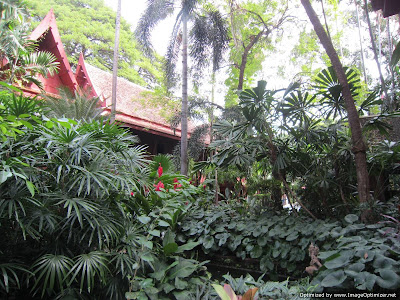 The planting is relatively simple and naturalistic, with a limited number of plants grown well, good use of ground cover, big leaves and the height from palms and some tropical trees of which I have no idea of the name 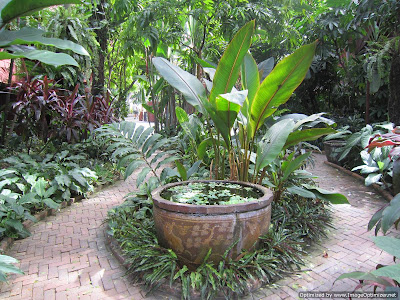 There is also great use of water pots which I love, usually Chinese in style and filled with either flowers or something like floating lettuce. They all have tiny fish in them to keep the bugs away and bring a cooling feeling. 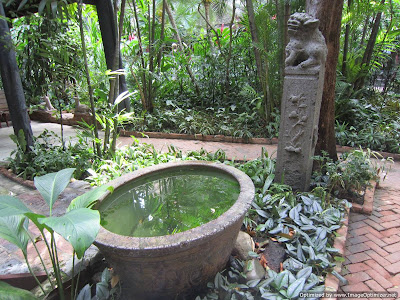 Another water pot and sculputre which adds to the look, again simple but lush planting 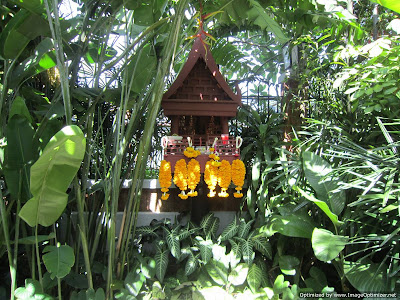 Every house in Thailand needs to have a spirit house which houses the spirits which were displaced from their own homes when the house was built. This is a serious thing with literally nearly every building having one, and every day offerings are given to the spirits to bring good luck. They are also incredibly pretty things, and fit beautifully into the garden. I was trying to find one to bring home, but sadly couldnt and they are rather big for hand luggage.....note to self, must take a carpentry course... 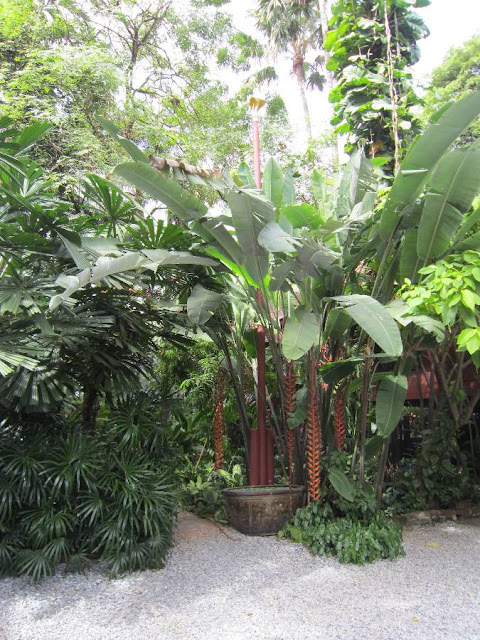 Its difficult to get a sense of scale from this as the plants we are used to are rather smaller than these huge heliconias, the flowers of which must be 6ft long 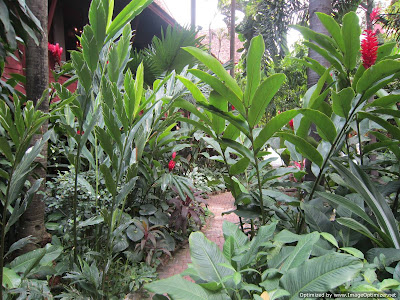 Beautiful gingers and foliage, I particuarly liked the climber below which was incredibly flat against the wall 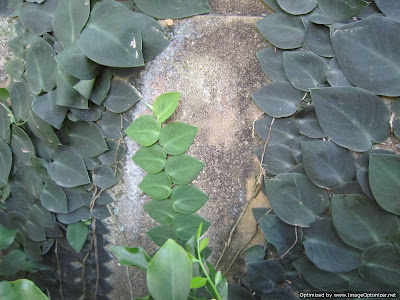 Water was used through the garden, with antoher smaller pond at the back of the garden next to a statue of a goddess and this larger one next to the cafe. I love it for the huge Alocasia growing in the middle which is about 10ft tall. 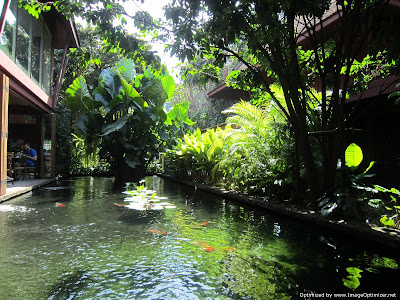 So many beautiful things. When Im not wrapped up in Xmas, in laws and being bloated from too much food I will bring you more!
Posted by Clive at 09:47