It’s November and whilst some parts of the garden that are protected from the wind continue to get lusher and more exuberant, others are continually buffeted with big leaves being ripped and tattered.

Most affected have been two of the red bananas that have been acting like big wind sails, twirling around in big gusts. Annoyingly another red banana was attacked by a fox and is just holding on. Other plants continue their natural decline into winter with the Paulownias now being giant sticks with a few little leaves stuck on top. Some Tithonias hold on and even the dahlias that were rubbish all year have now come into flower.

I am in denial that the end is nigh and I do need to dig up the red bananas, put up the temporary greenhouse on the terrace and put the garden to bed. Last year I think I waited till the last week in November, with frosts being immediately after….

It has been a crazy and difficult year for the garden, which I know is a view shared by many. I didn’t enjoy all the panic watering just to keep things alive. Many plants never quite did as well as they should and for the first-time red spider mite was a problem outside. The one positive was that the slugs were kept in check and many of the tagetes survived.

I have become more enamoured with colocasias that did well, with one that is supposedly hardy exciting me with its potential. The alocasias have been rubbish….sulking all year and not really doing much, only now shoving their huge leaves in my face and looking great…but is this short period of fabulous worth them looking terrible for most of the year? Same with the Coco yams. They always seem to take so long to get going, and I wonder if they only really work well if you have a heated mat or heat to kickstart them into growth?

Fuchsias, beyond Thalia, have also been rubbish and this is the second year that a couple have not flowered at all.

Yacon has been a success, and dividing the one I had early in the year has worked really well, especially putting one in a pot.

The jury is also out on dahlias….whilst I love them they can take forever to get going. I think the answer is to not overwinter them in the ground. Starting them off in pots will really help them get going and also protect them from slugs until they are big enough to look after themselves…

Anyway, with winter coming there will be a lot of time to ponder changes for 2023! 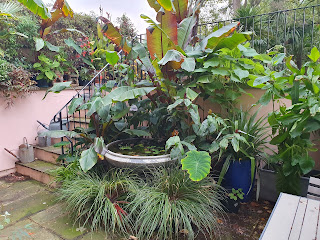 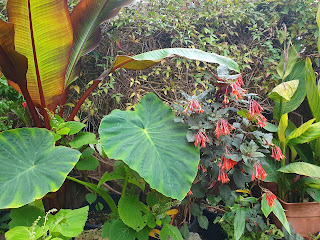 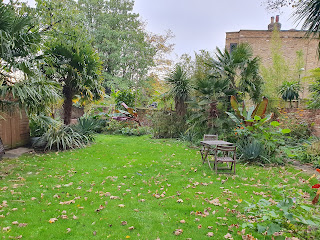 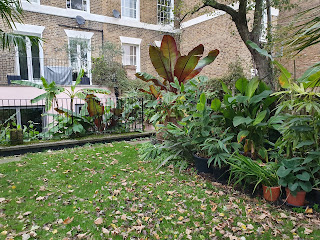 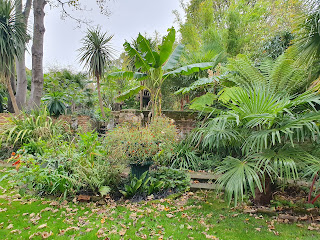 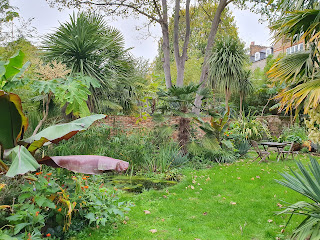 The very knocked around bananna! 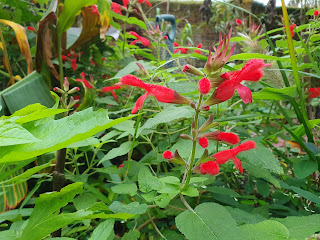 Salvia gesneriflora...again a love hate relationship as they generally sulk all year until autumn and then look magnificent with thier vibrant red fuzzy flowers 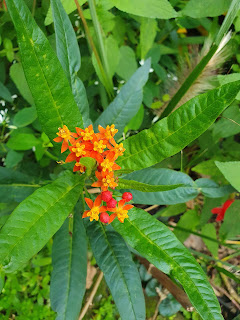 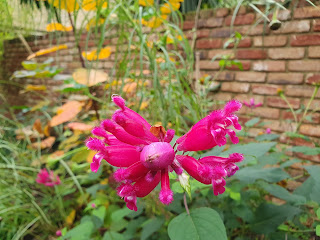 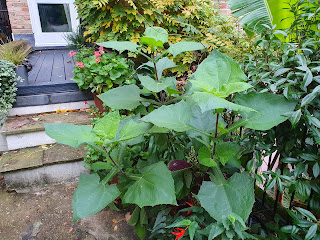 Yacon in a pot looking magnificent 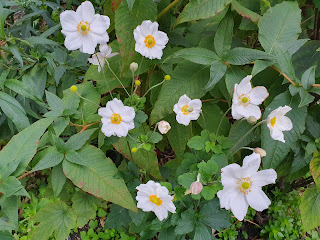 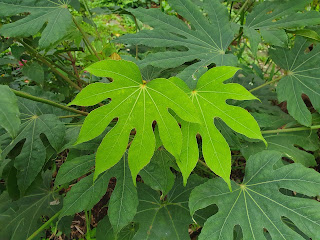 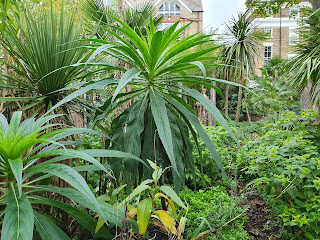 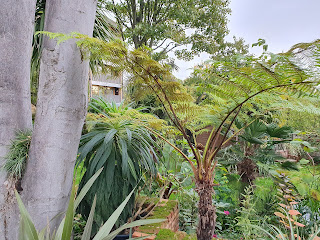 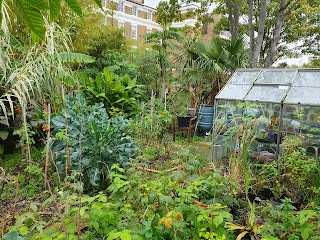 Veg plot with some giant Purple sprouting broccoli. Tomatoes are still in the ground but were generally a bit rubbish as they all just split 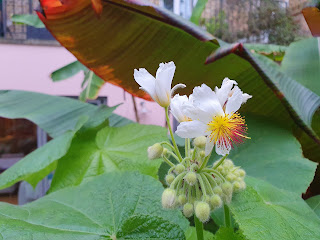 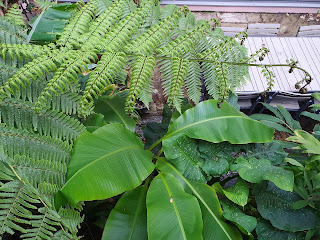