Our 12th NGS garden opening: things at their best

Our 12th NGS opening was again a big success! A huge thank you to the 226 people who came as together we raised just over £2700!

More huge thanks to everyone who helped as we could not do it without our on the day volunteers.

Final big special thanks to Alan and Jonathan for their generosity in donating plants for the sale. Alan always shames me with the quality of his plants! Jonathan donated a car load of well grown Hedychium’s, many of whose names I had never heard of before. Thank you! This has all helped turn the plant sale into quite a big part of our opening which is great, with a big rush at opening to get the best plants. I think I am still bruised from all those sharp elbows…

This year was probably the one which has stressed me the most as the drought made things very difficult. A lot of August was spent watering the garden to try and keep things alive, with many plants dropping their leaves or being crispy around the edges. Many of the bedding plants had barely grown, and I was particularly sad to lose a tree fern that just got fried in the heat ☹ The only thing that seemed to do well were two Paulownias that this year are the biggest ever at perhaps 20+ ft!

I was dreading the hosepipe ban which hit a couple of weeks before the opening, but thankfully just as it was introduced, we had quite a lot of heavy rain. This came just in the nick of time and everything freshened up really nicely and started growing again. Two weeks on the garden is back to its usual lush self…

I am always humbled by how many people have already visited and come back. Thank you!

I am always changing things and editing what is there as there are always tweaks to be made. The biggest challenges were digging out three massive clumps of bamboo that were taking over…I took it all out to the left of the pond, up by the far corner of Ivanhoe Road and a clump near the house. They had all been in for 11 years and were beginning to go crazy, taking up a lot of space. I am glad I got a mattock for my birthday!

I also took out some big old shrubs in the front garden that had been there forever which has given an un expectedly huge bed and made our grand Victorian iron railings a lot more visible. The aims are to celebrate these more with lots of climbers including clematis and Eccremocarpus. The bed was meant to be a riot of Tithonia, Ricinus and hot salvias, but being in full sun and out of reach of the hose it was all rather crispy!

There has also been some big lots of pruning going on with the Olive tree being hard pruned back to the main stems, and our neighbour removing most of an old apple tree making the garden by the house much more open.

Finally, I have installed a new Balinese style bell Tower near the top Ganesh shrine, complete with cordyline leaf roof!

Some pictures of things at their best.... 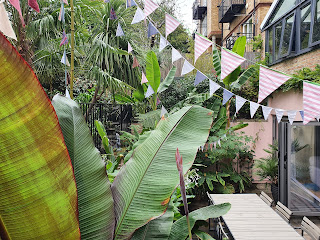 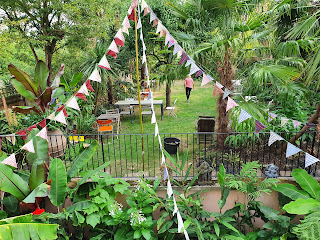 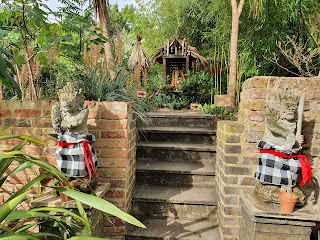 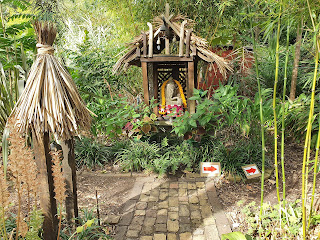 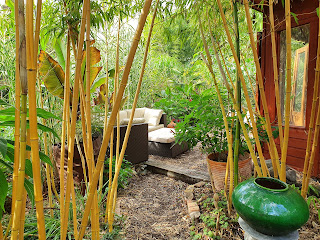 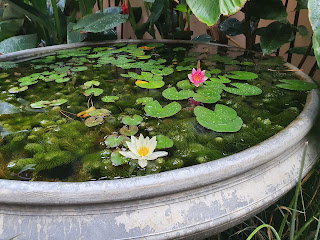 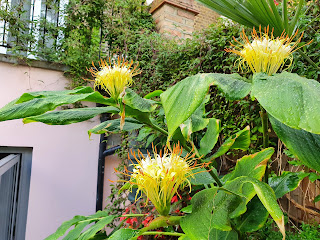 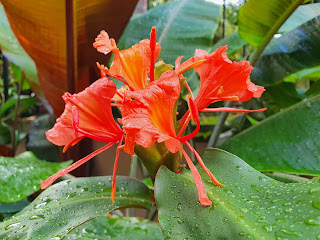 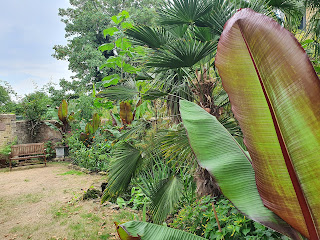 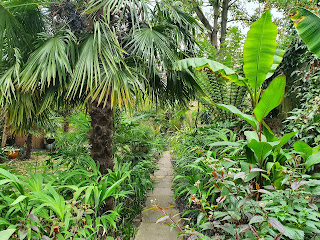 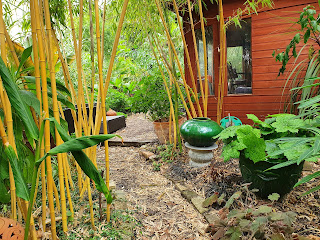 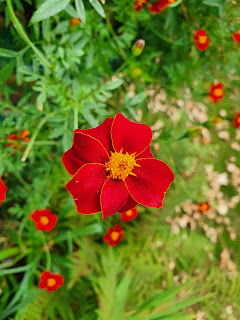 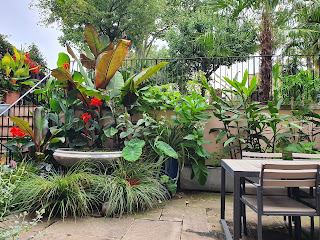 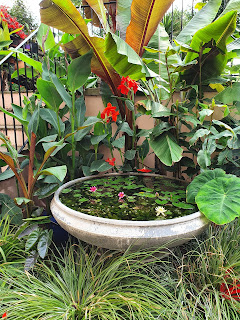 Email ThisBlogThis!Share to TwitterShare to FacebookShare to Pinterest
Labels: garden at its best, garden opening, September