Trachycarpus fortunei and the Palm Centre in Richmond

After seeing two posts by Mark and Gaz about the Palm Centre in Richmond I felt I could resist no longer and made the trek to West London whilst the sale was still going on. I also wanted to use this post to give an overview of how quickly Trachycarpus fortunei grows as I couldn't resist buying 2 small palms and wanted a reminder of how long I needed to wait until they were lush.

I had never been to the Palm Centre before, but it has always been on the 'to do' list as the closest nursery to us. I have also been impressed by their recent displays at Hampton Court flower show, and who can resist a winter sale?

Driving in it was instantly like applying a defibrillator to my stunted winter heart as in the display beds there were huge examples of different palms and bamboos, and the site was so much bigger than expected. I had in my mind that it would be small as space in London is at such a premium, however it was huge....on our first wander round we also missed a big chunk 'oh the grasses are at the back' which back?? 'oh the acre right at the back behind the bamboos' 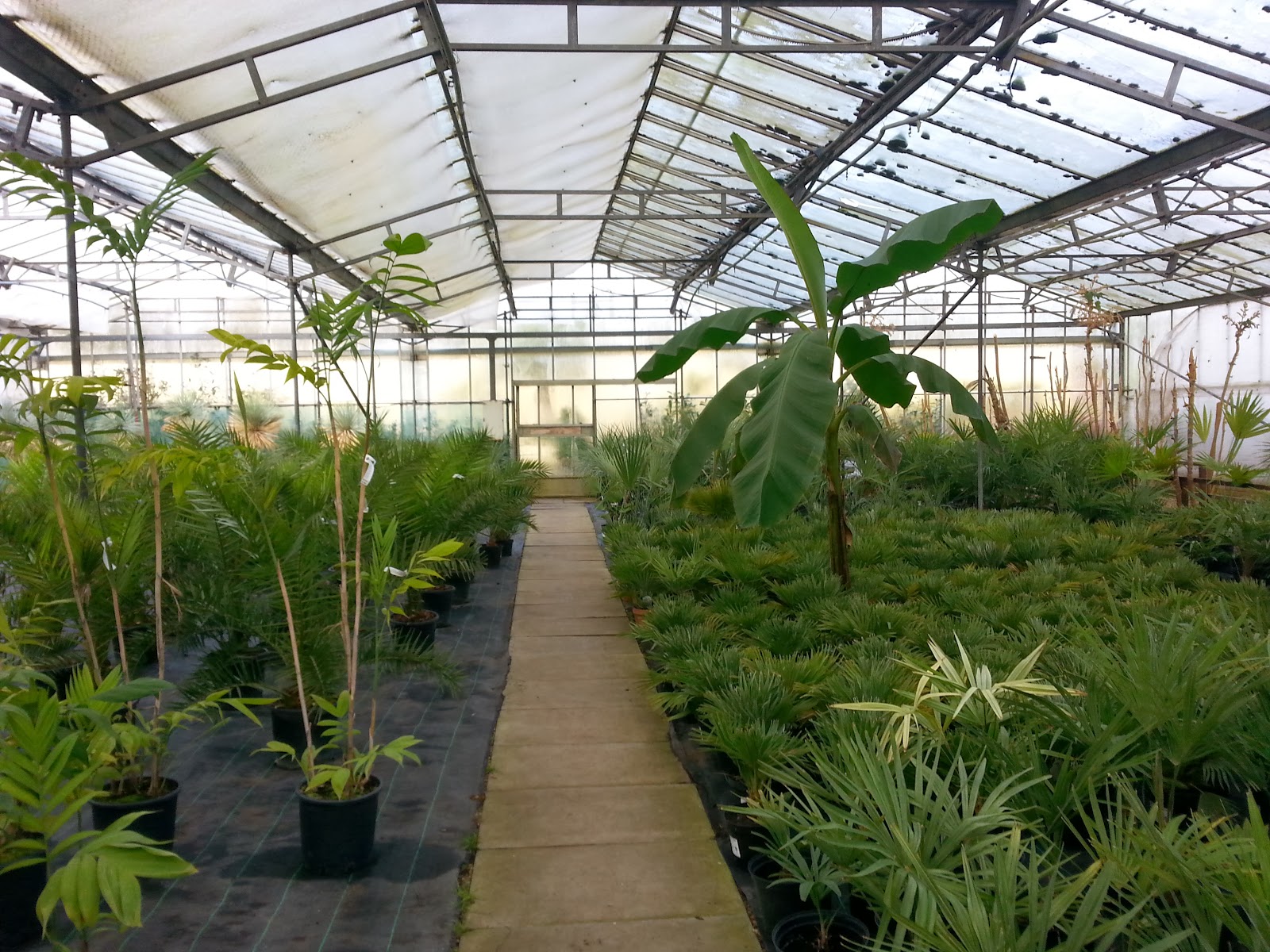 There was a huge expanse of glasshouses filled with fields of palms which were bulking up. It didn't initially seem to have the diversity or energy to get new things that say Amultree has, however it has all the staples which were grown very well. There was also a big bamboo section with some lovely mature plants which I would have bought lots of if I had the space. In summer things must be a lot nicer and the acre at the back full of tempting plants, and this is a good reason to come back.

So lots of temptation with my main impulse buy being a Brahea armata, a very blue palm which i have ogled for a while. I also picked up a Chamaedora microspadix to try and 6 Cordylines as I figure I need some good staples to add some exotisism, and also some height, especially as my neighbor is planning an extension.

I also bought 2 Trachycarpus fortunei which now means I have 8 in the garden...too many?! no, of course not. I still think this is the most reliable and fastest growing palm, and key for anyone wanting something exotic. They are also easy and very hardy, an easy piece of the tropics for anyone in need of the exotic.

So that got me wondering exactly how fast do they grow? the knee jerk answer is a foot a year when they are happy, which i can believe with my oldest one, but thought it would be a good chance to look back at my own palms, as growth comparisons on the web seem hard to find


So this is when it was planted in 2008, still in its pot so you can see how small it is 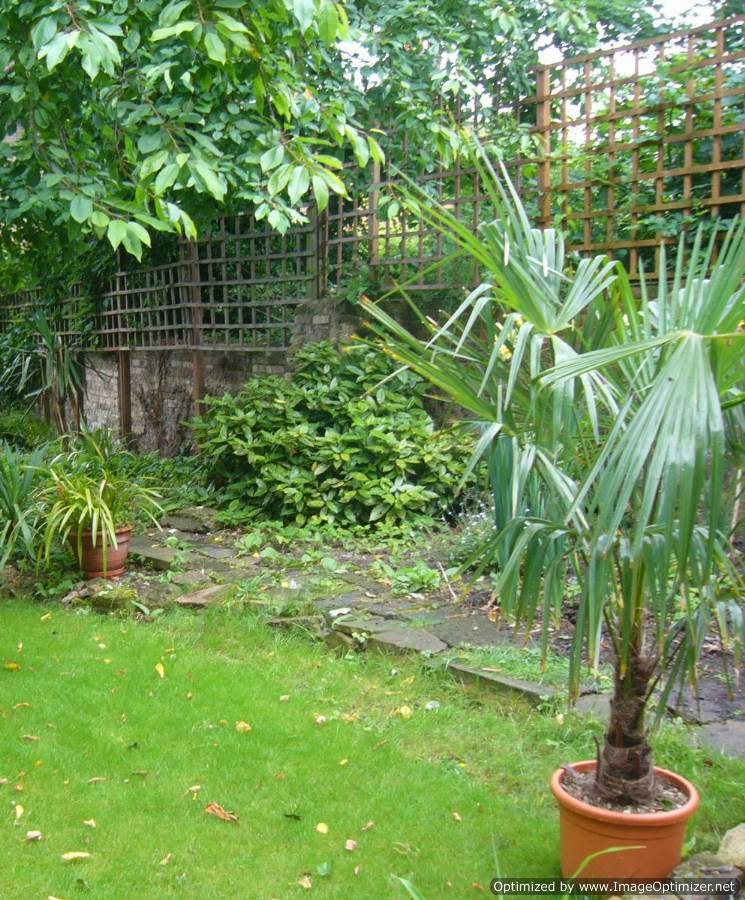 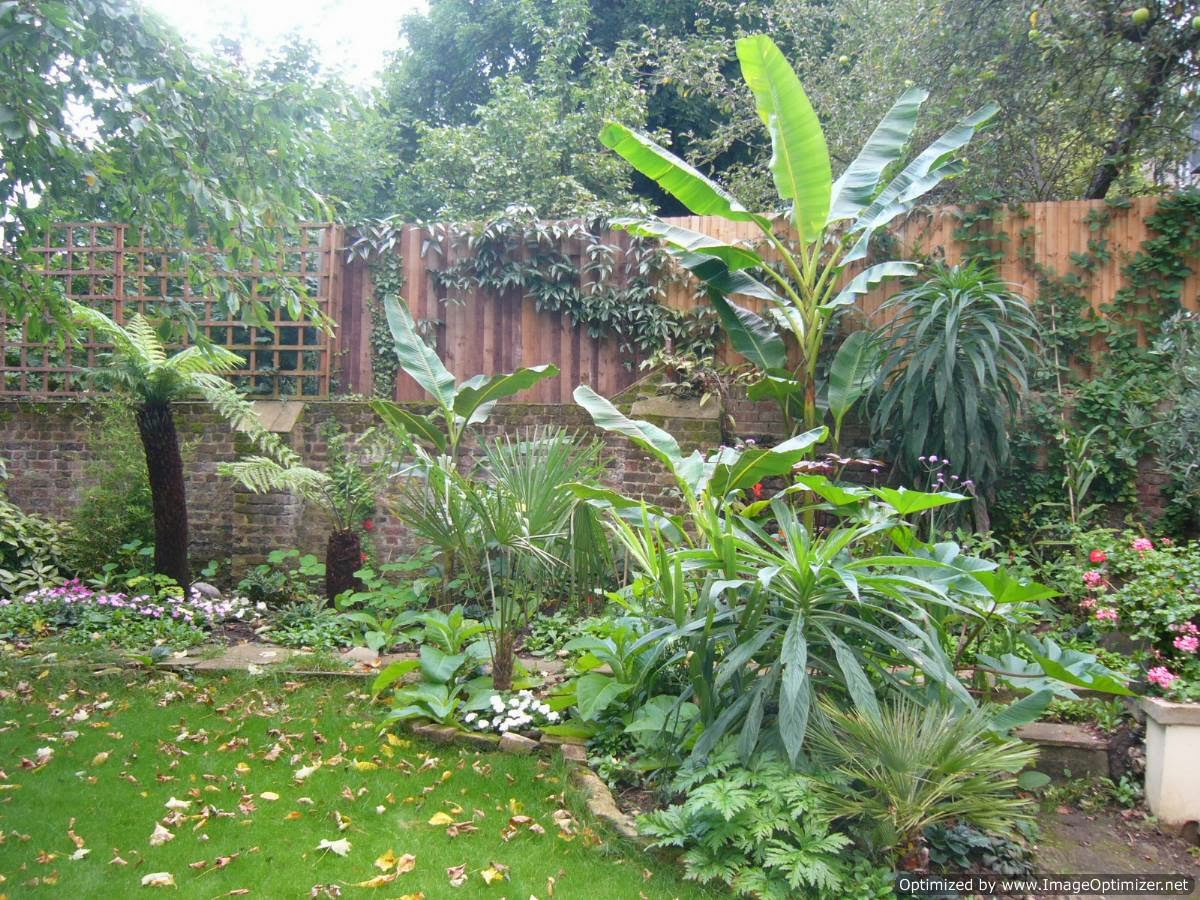 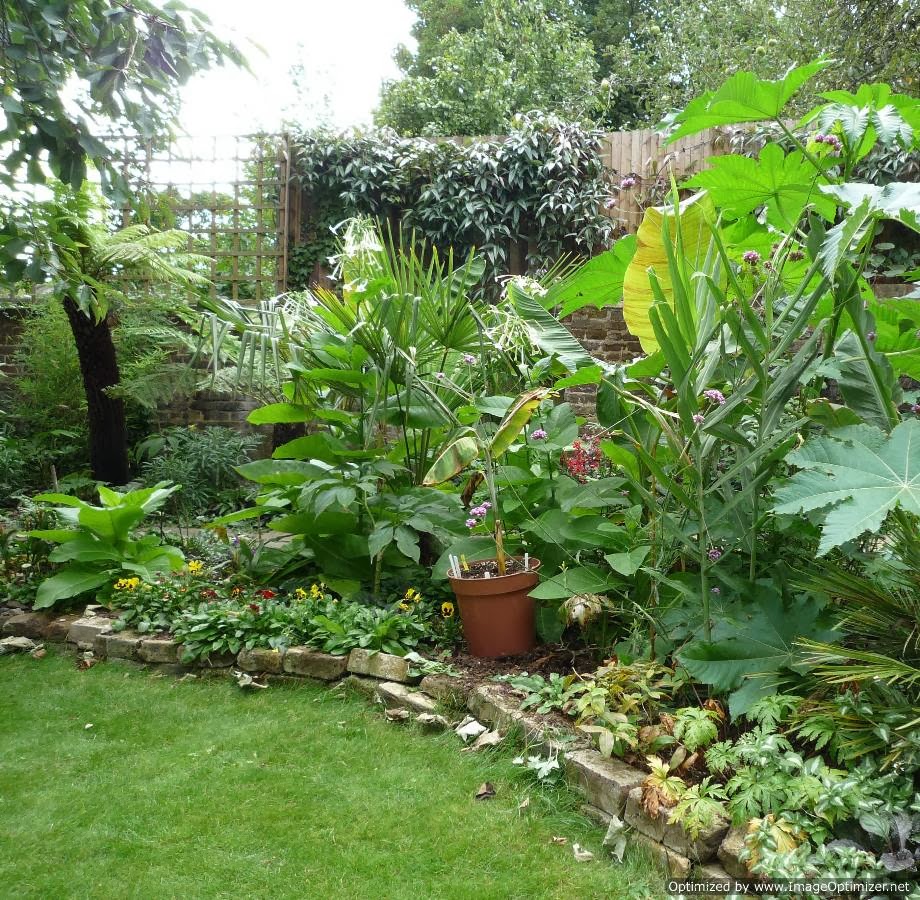 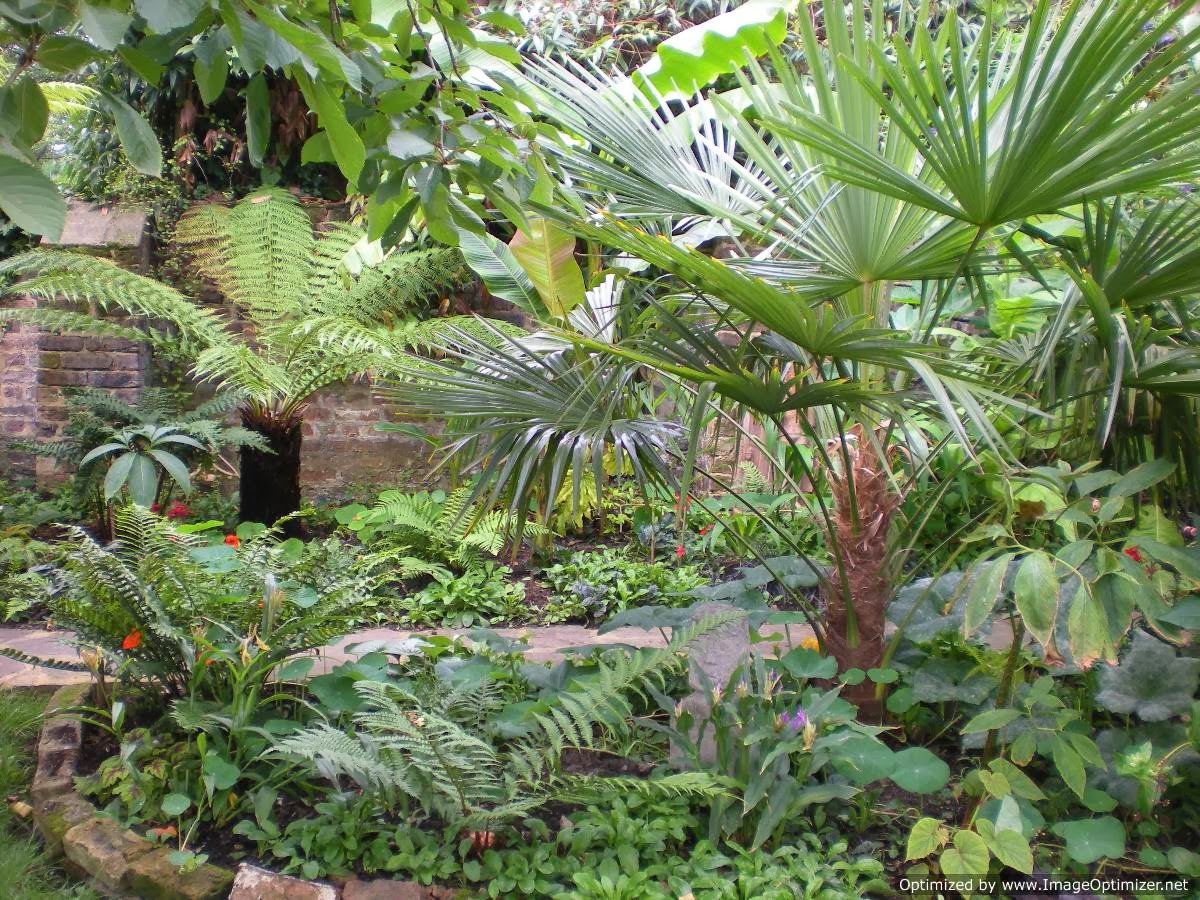 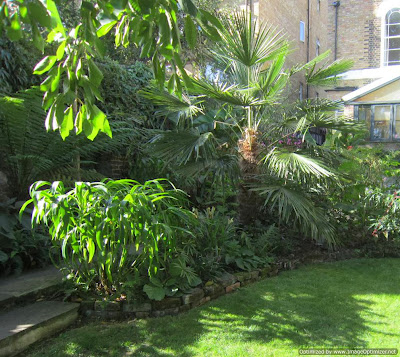 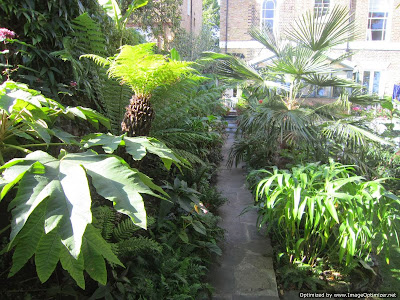 Then another example, one on the terrace in a large metal planter first planted in 2007 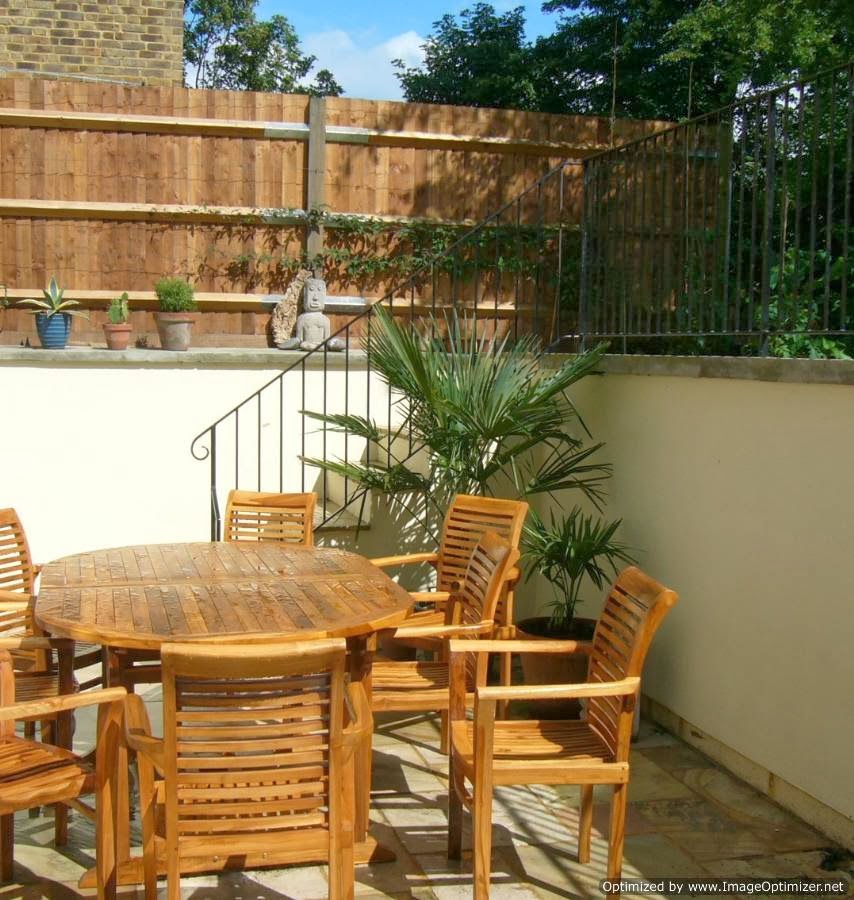 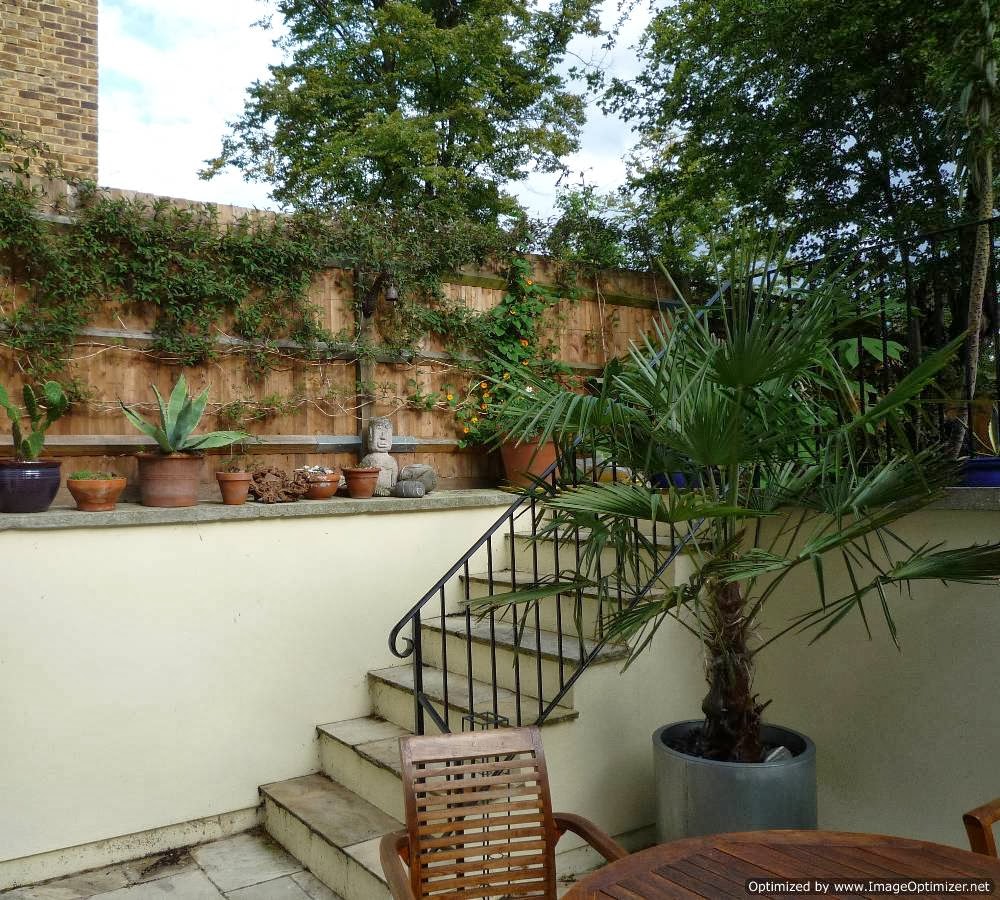 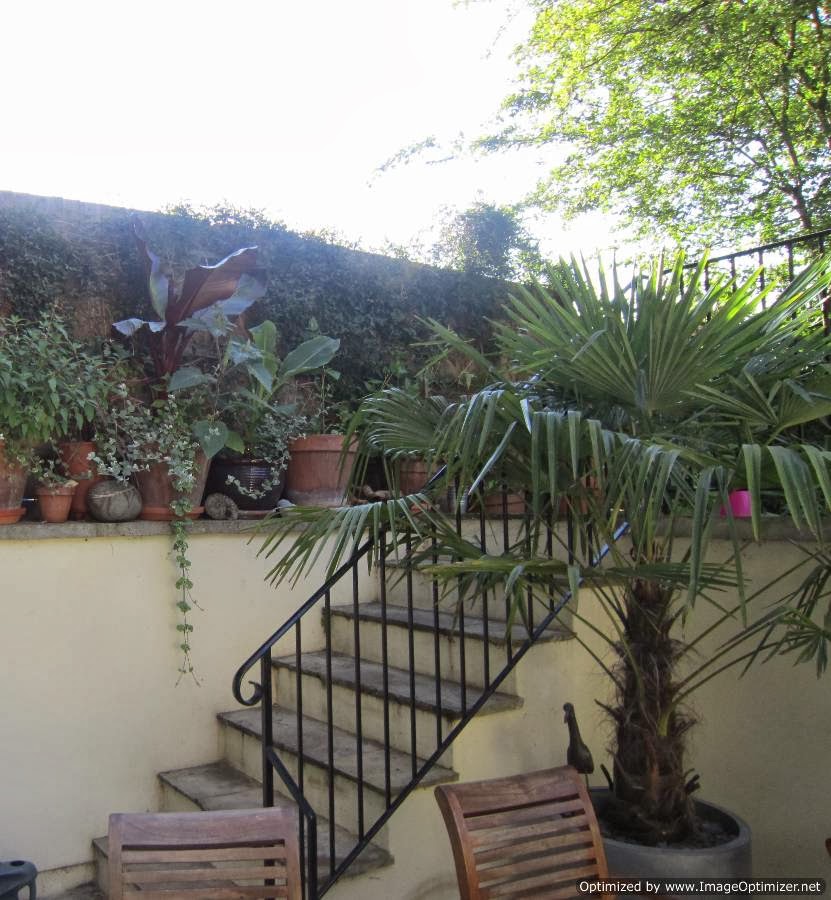 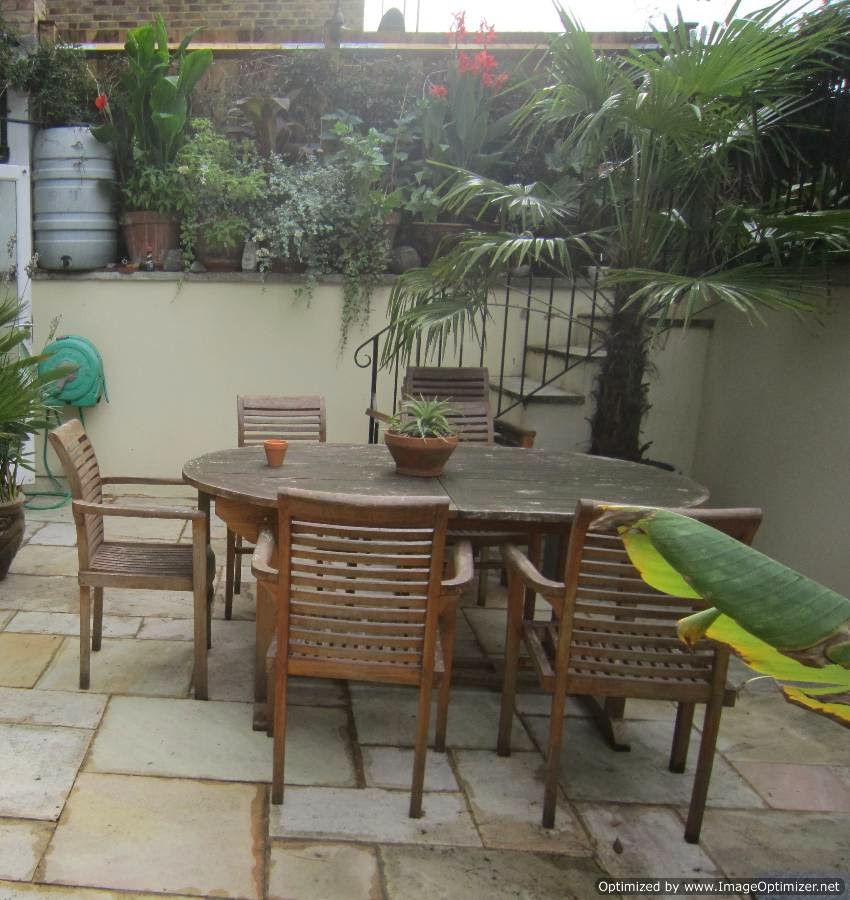 Compared to the one in the ground, growth is a lot slower and it is probably half the size in terms of trunk and size of the leaves which is probably from lack of water and nutrients

So I hope that is helpful in seeing how fast things grow, especially if you are as impatient to get things going as I am, as they do bulk up fairly quickly.

Finally go if you are in the area, or if you fancy a nice day trip, especially as the nursery is in the kitchen garden of Ham House, a lovely 17th Century house (National Trust) which is right on the river Thames and also opposite Marble Hill House (English Heritage) another big stately home. So get the train to Richmond and have a great walk along the river or drive and park..nice plants, bit of culture and a nice walk on the river, where can you go wrong? 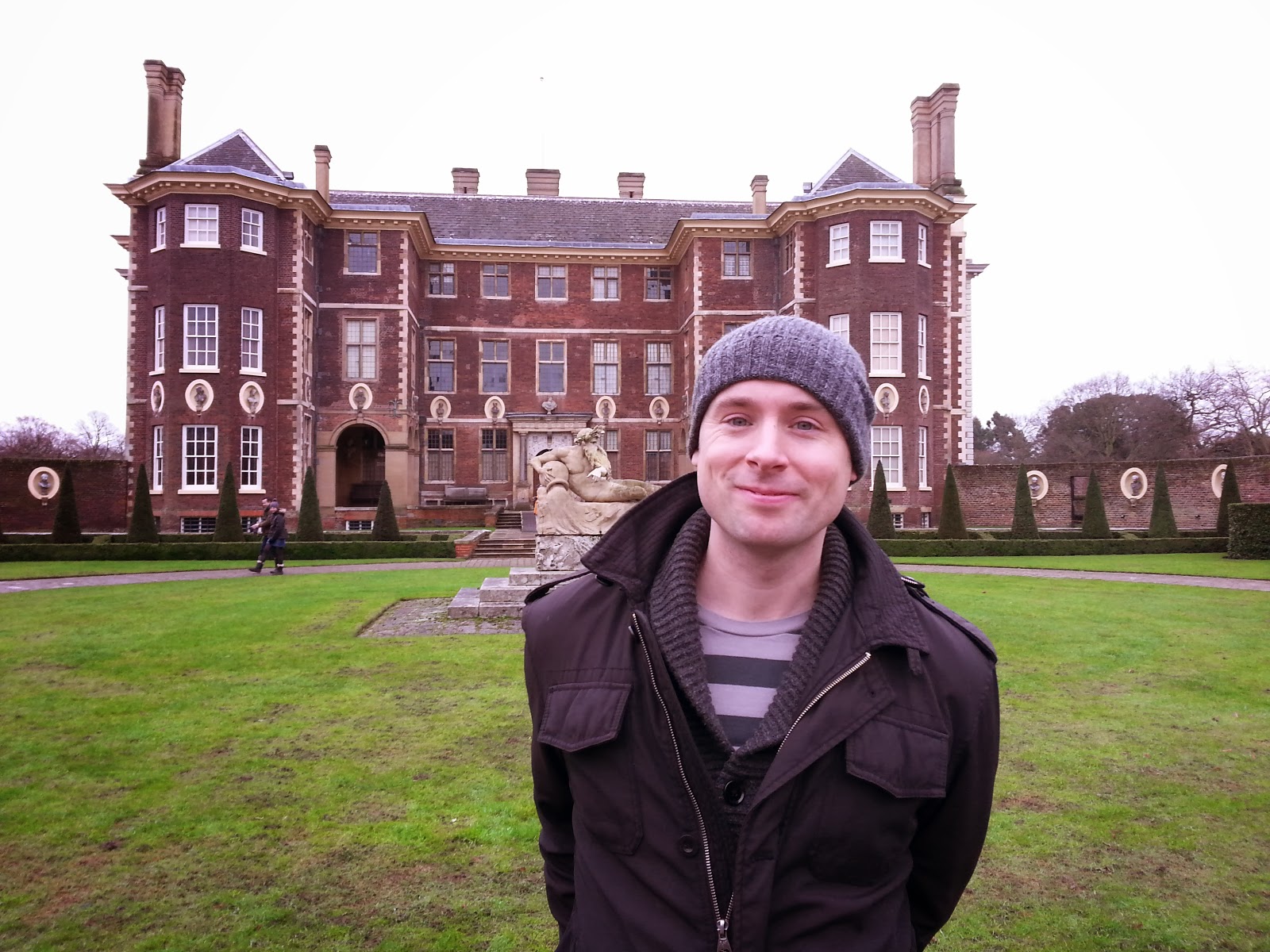 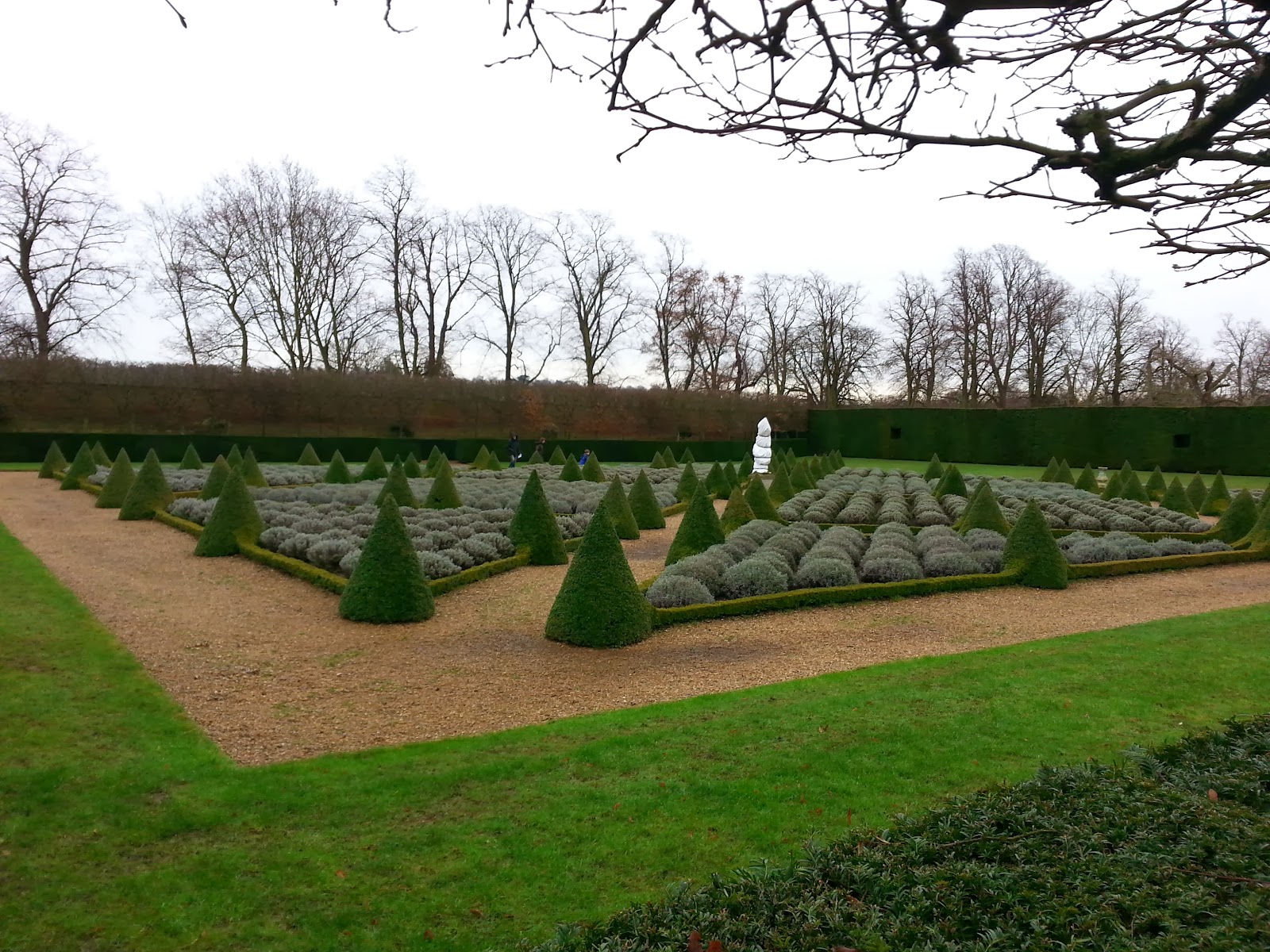