Almost there.....reflections, before and after

So the day is almost upon us (13 days to go! details here), everything is in place and I’m now doing all those niggly little things that you wouldn’t usually do unless you have lots of scruitnous visitors... So corners are tidied, steps that wont collapse have been built, and empty snail ravaged corners have new plants in them. I think things are looking good, and am pleased at how things are coming into place....in the last week the Tithonia have started flowering along with 80% of the Dahlias and they are only going to get bigger. I am worried about the Cannas which don’t look happy or about to flower, most Ricinus are ok (ish) and any gaps are being watered lots and given encouraging words (yes I have turned into a crazy person standing alone in my garden asking plants nicely to grow)

So a good opportunity to wander round thinking how things have changed to remind myself how they were...and everyone likes before and after photos!


The following show the front corner of the garden starting about 4 years ago....initially it was all just beds around the outside and new turf over solid cloying clay. then over the years I have secretly stolen bits of lawn when no one was looking! 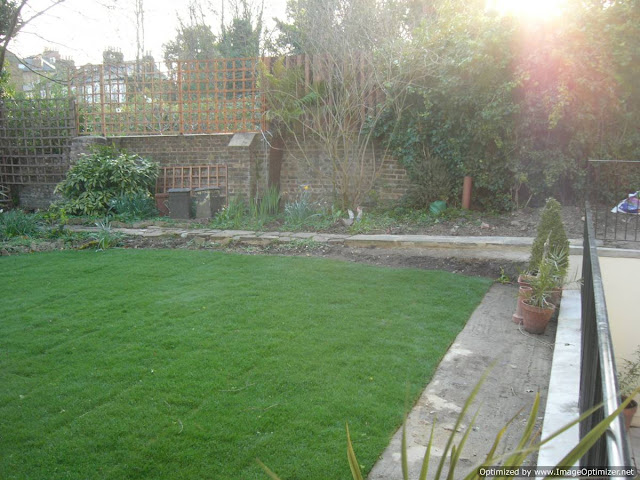 Spring a couple of years ago 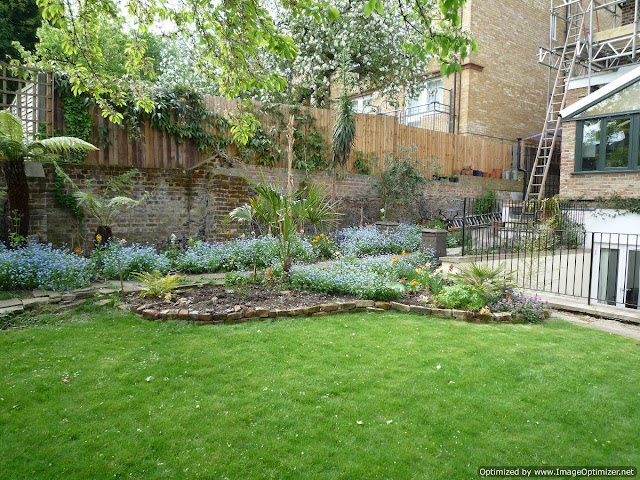 This is it today! I'm pleased with its exuberance, with the palms giving a structure and kangaroo apple padding it out 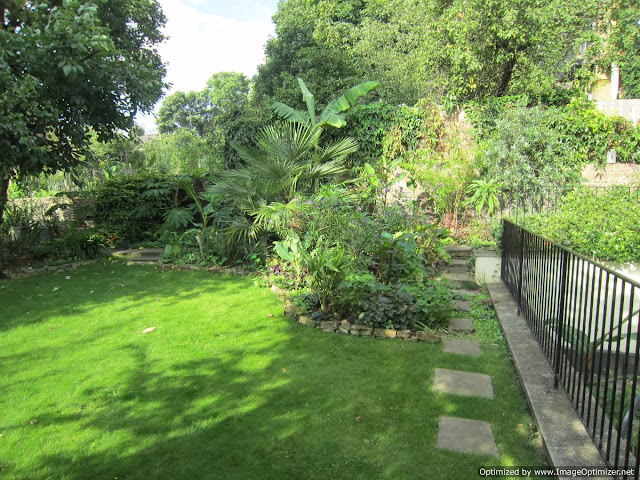 This is looking up the garden, again about 5 years ago when the turf was new and the garden was a thin bed around the walls.... 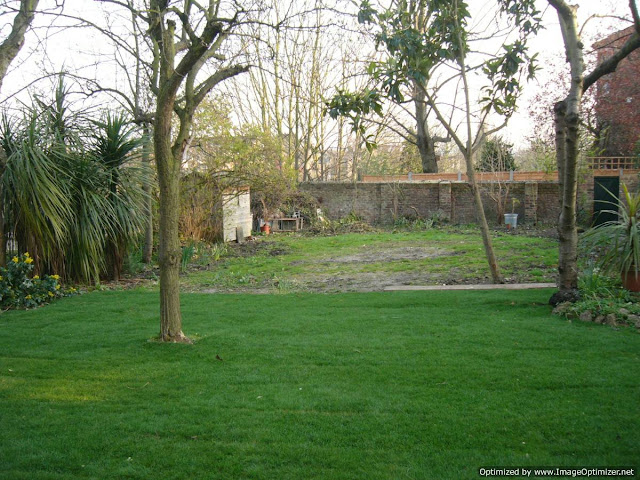 A year later as things started going in, Tetrapanax is the only thing in the same place 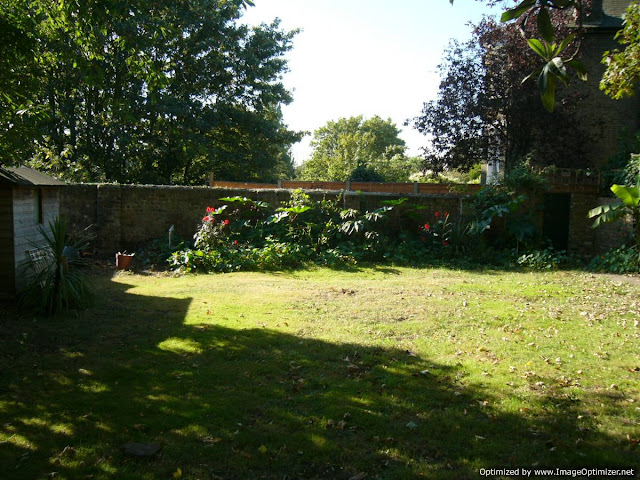 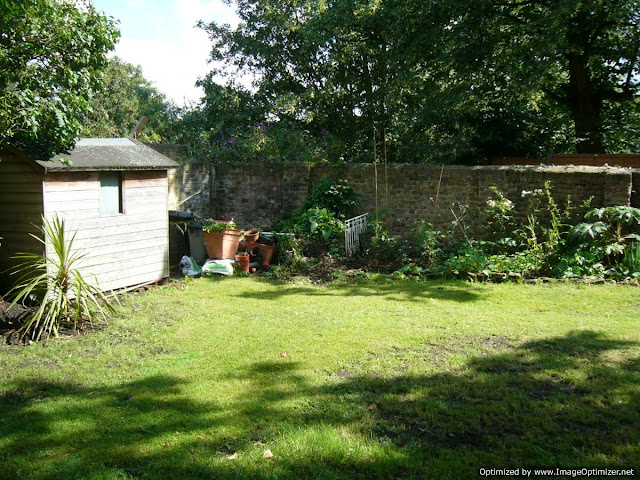 Things today....view towards left hand corner and a hidden seating area, greenhouse where the shed was and things looking nicely jungly 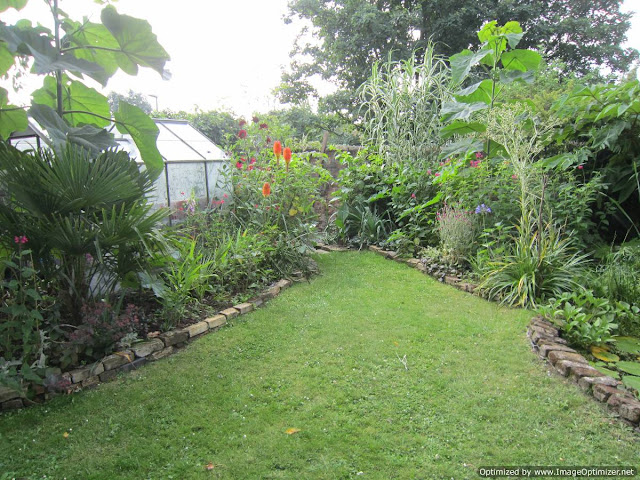 This is the other corner about 5 years ago... 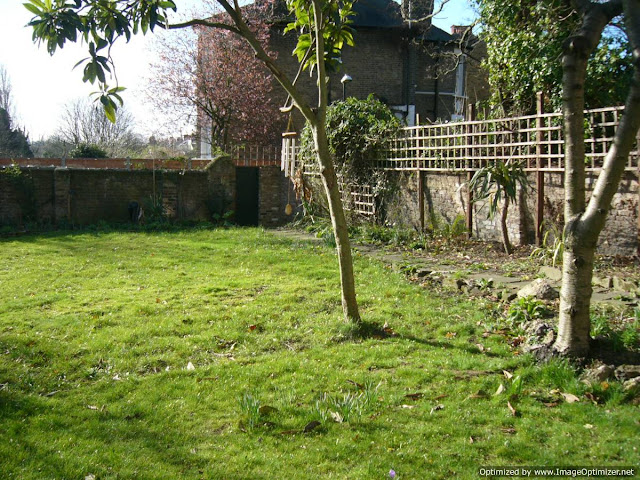 Then the pond went in 3? years ago 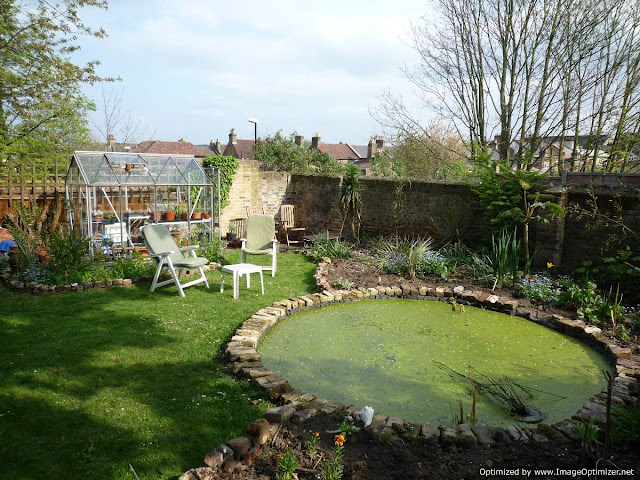 Then things today, pond marginals have softened the edges radically 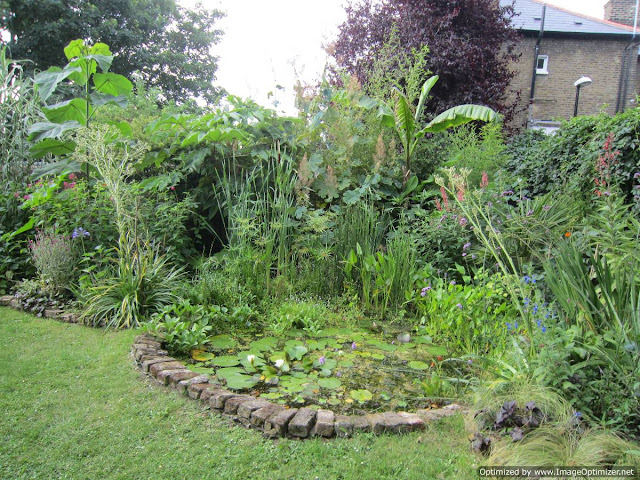 Then the new land! this is the view at the top of the steps just less than 2 years ago 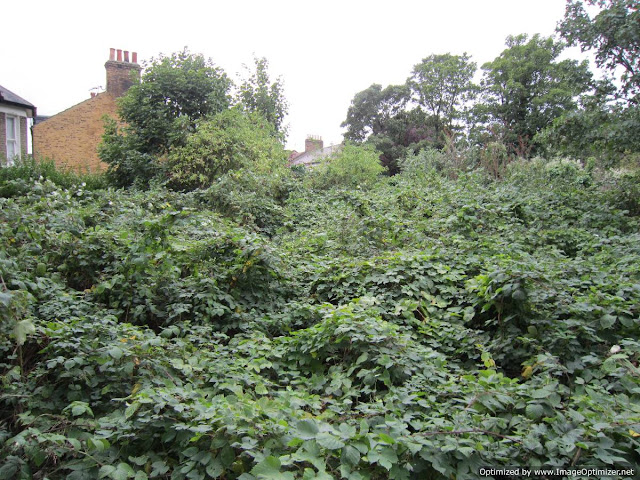 Mid clearing, cutting back the 6ft brambles and hops, then 5 skip loads of rubble and a lot of recycling of bricks... 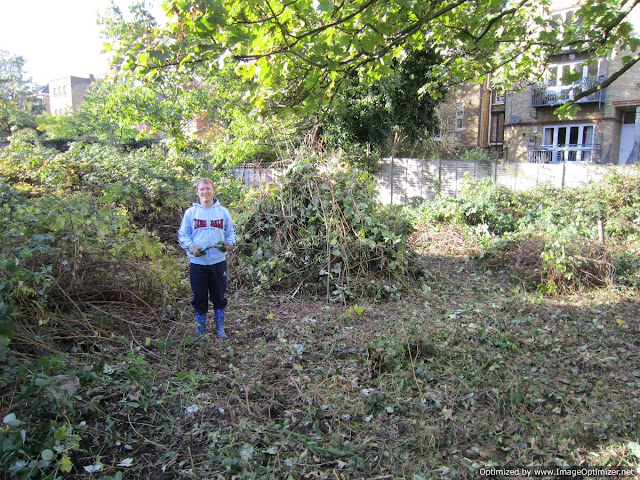 15? months ago, new structure going in. Ganesh was in first as the creator and destroyer god which felt rather appropriate. He now forms the main focus as you enter the 'ceremonial alley' 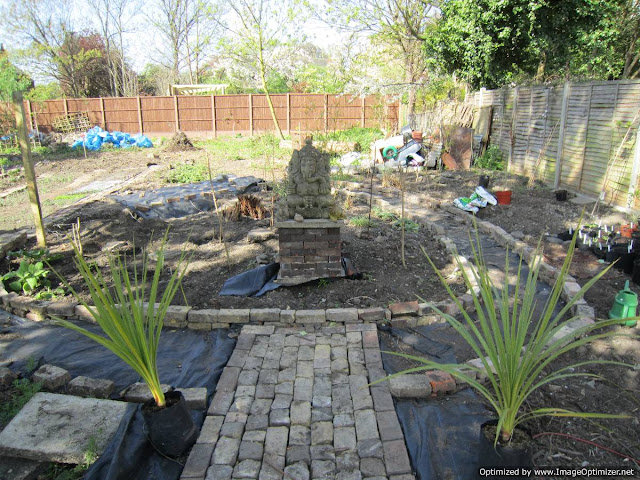 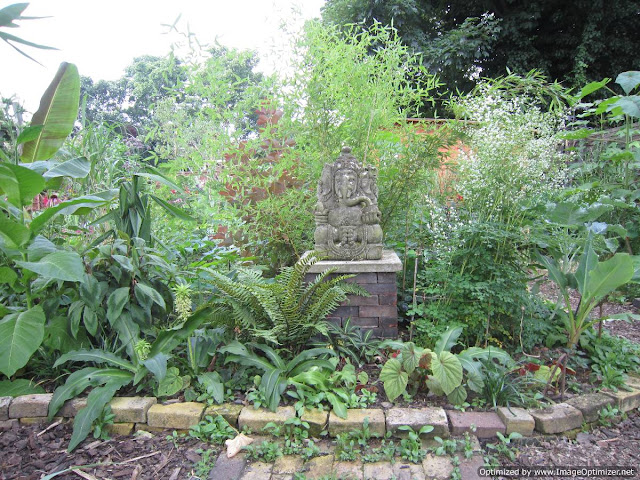 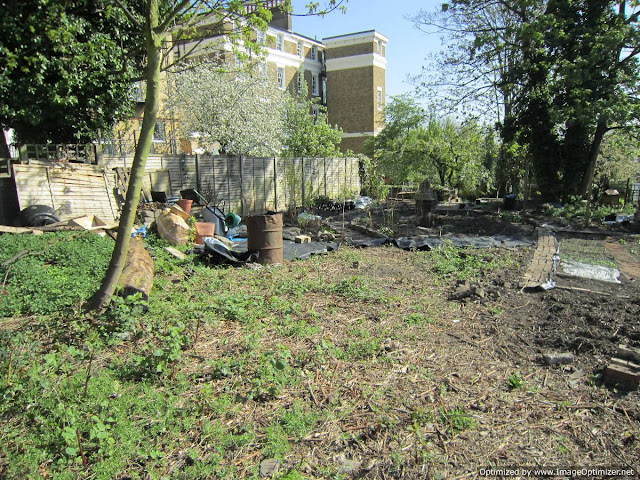 This was after the structure had gone in with initial plantings, today it is really bushy and you cant see through! (Grr to eblogger that seems to be having issues uploading pictures so I cant show you what the view is today!) 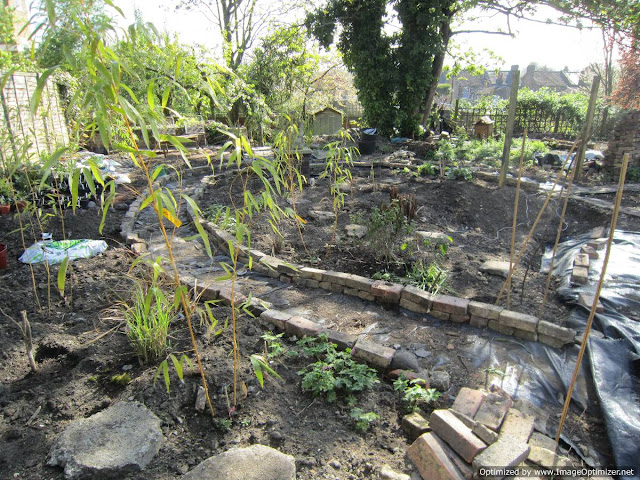 Then finally the far corner, this whole bit was still nettles in spring...last year we covered a lot of it with black weed membrane and grew pumpkins though it. However it was a mistake to let those settled seed as even seedling stinging nettles hurt! 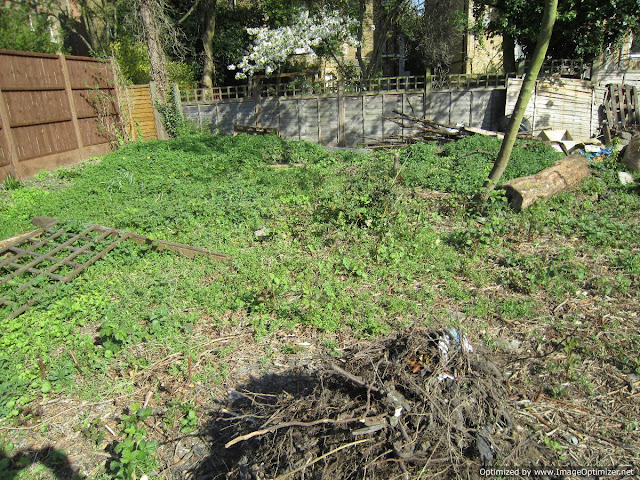 Then the view today....we've made raised beds all by the fence and the pond is the one we discovered and then relined. 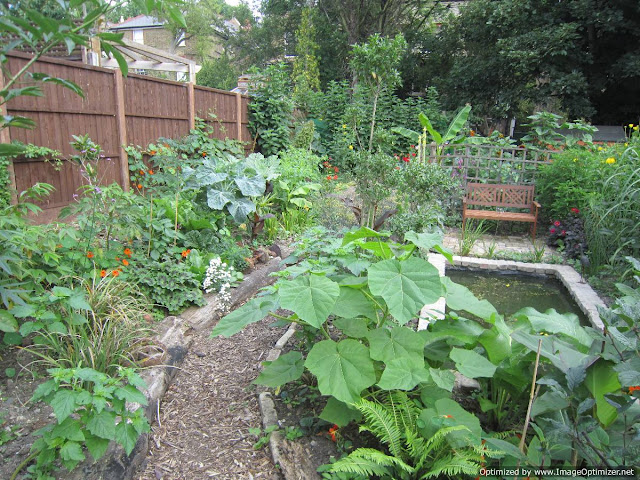 P.S. I must plug Victorias garden which is open this Sunday in Wandsworth. Her garden is fabulous and one Im really looking forward to seeing again.....lovely design, plants and company. Oh, and fabulous cake!
PPS I also want to plug Amultree exotics as I have just received a fabulous order from them....they had a 50% off sale which was too good to miss and my 'oh I will get a couple of things' turned into a bit of a haul. It was also the most exciting delivery I have ever had as it came on a pallet and looked like a huge chunk of jungle had been fork lifted out and dumped on the road. The truck stopped traffic, there were irate drivers and heavy machinery, what more can a boy want! I'm also now the proud owner of a large Butia capita and Washingtonias which are suitably filling the terrace. Hurrah!