If you weren’t aware ‘The Village’ is a rather affluent area and green area, not at all what you would expect from somewhere in inner London, I had also heard rumours that they had only allowed bus stop signs fairly recently, so we were expecting big things!

The first were two gardens opening together....wow! Initially faced with big houses we walked through long, dark side passages to emerge into the light an English country idyll...a walled garden with traditional borders, gravel path and proper lawn with a surrounding view of green. Beautiful borders, bounteous peonies everything overflowing with flowers. The first garden went on forever, rising up central stone steps to a formal rectangular pond going on to a vegetable garden. Finally a gate led to the neighbouring garden which was also open. 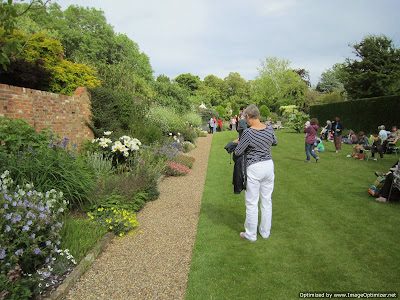 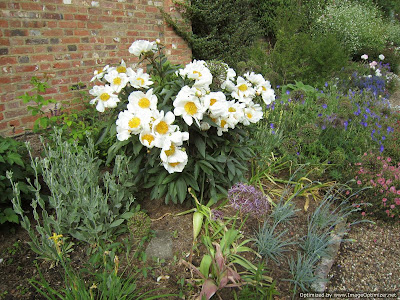 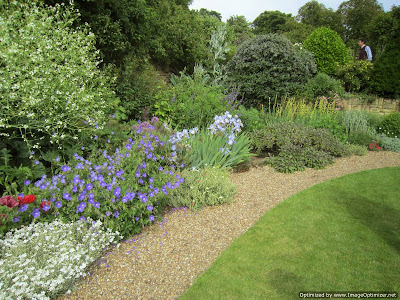 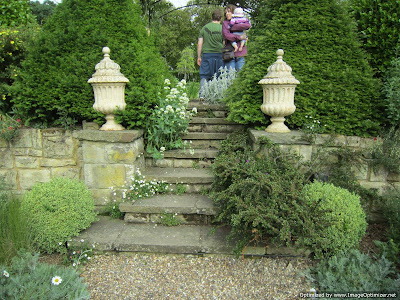 The second garden was similarly stunning and at we were faced with boulders of natural rock, a waterfall and series of pools. More big overflowing borders and great colour combos terminating at a round pond complete with cherub fountain. Swoon. All something out of a garden magazine and rather intimidating....Steven immediately demanded a copy of the garden (it was his type of thing with big mown lawns and straight paths) I felt I needed to go home to do stuff to feel better about my garden! 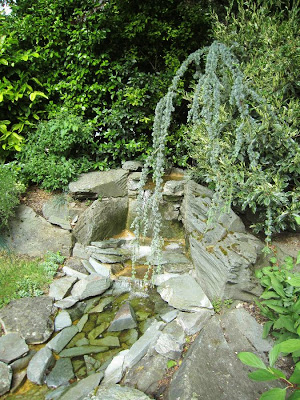 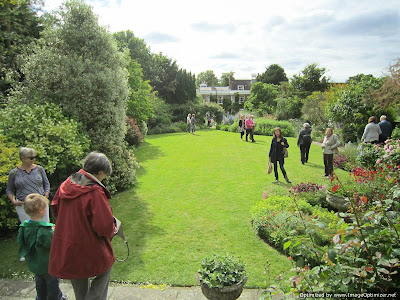 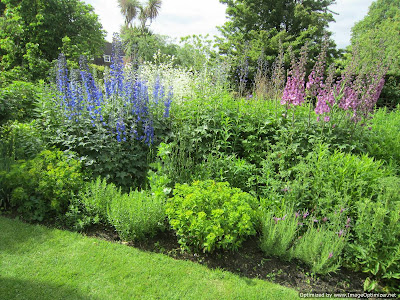 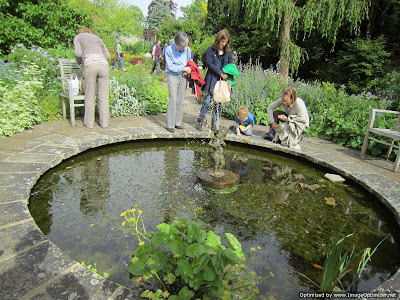 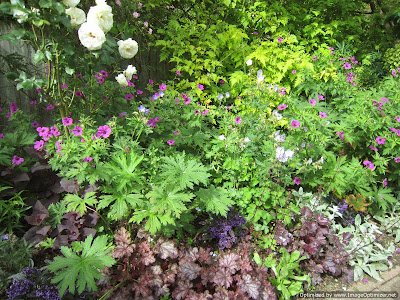 However there was another garden to see, and as a result of a long lunch, and rather distracting white port we were running later than expected and had to haul ourselves out and rush to the next one.

It was another wow. Walking in we were faced with an uber designed garden, the first thing we saw being a beautiful swimming pool bordered by a pink wall and sun loungers. It rose up by raised vegetable planters past a big oak tree under planted with lots of box balls to be faced with another huge rectangular lawn with a platform for seats at the end. At either side were large linear beech hedges giving a formal look, however just behind them it was a polar opposite in that it was a complete naturalistic type garden...woodland path on one side of the garden, and orchard the other. Beautiful! 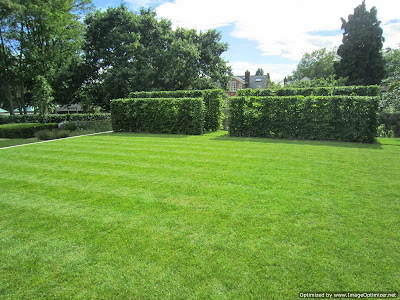 So all in all a great trip out and 3 gardens I would definitely recommend.