This week saw the second RHS Great London Plant Show which also featured an evening opening on the first day which apparently went down very well bringing in a plethora of the under 70’s to drink and be merry amongst the flowers. 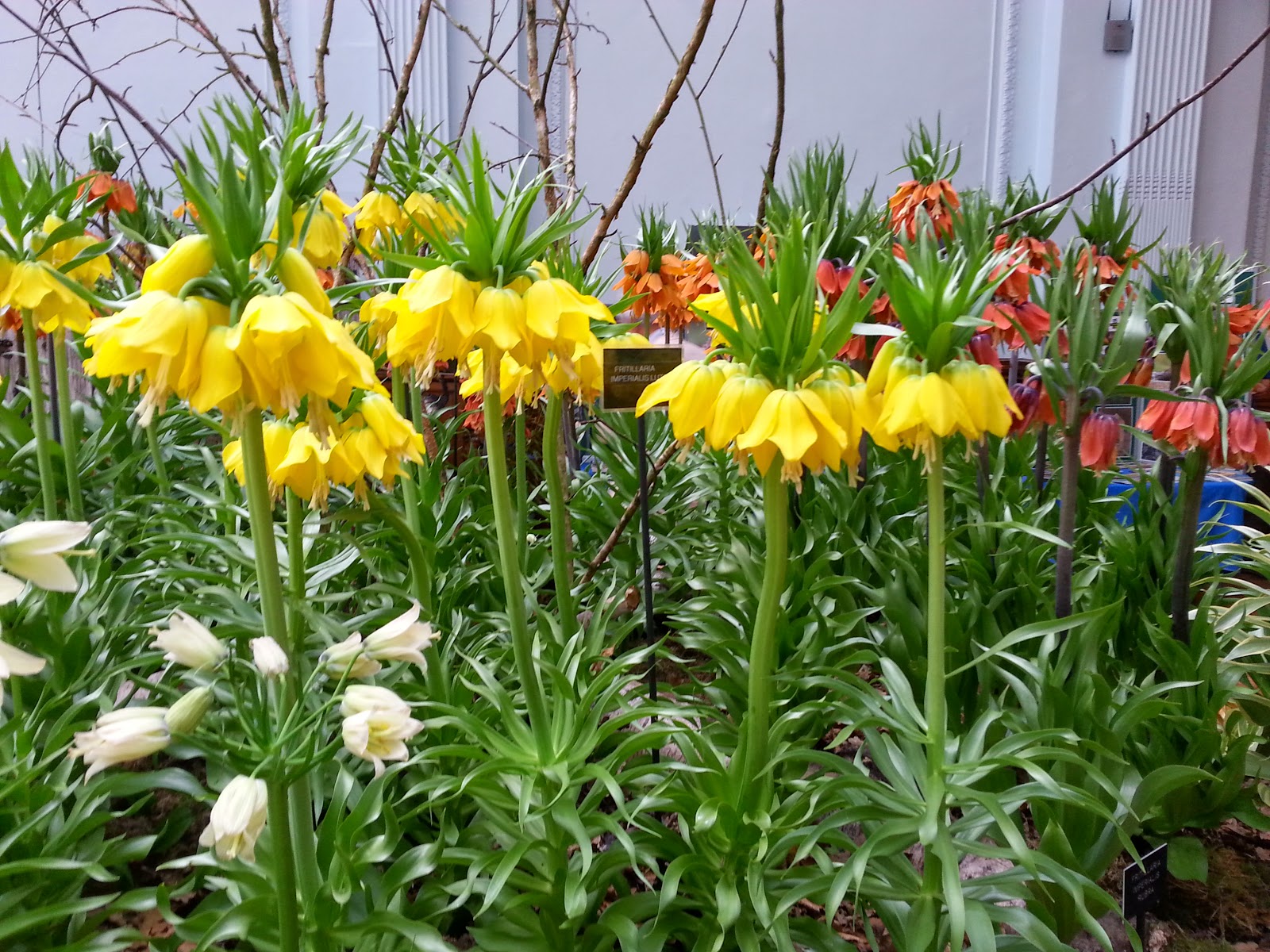 I went first thing on Wednesday morning with my good friend Peter who was like honey to the bee whenever he saw something labelled as ‘rare’ as he has so much space to fill on his terraced Kings Cross garden.

Going early was actually really nice as we were the first people in the second hall and had a nice long peruse of the Jaques Amand stand which was heaving my 11am...I like them as they have lots of unusual things and the hardy orchids that I bought last year is still alive so I must be doing something right. The Arisaema fetish is also lurking in the back of my mind and I bought 2 more, A. Concinnum and A. propinqum with a vision of a well watered collection in pots.

For the first time I sat in one of the talks on the upstairs landing on unusual fruit and veg (I had thought this was just a place for ladies to dose after a hard mornings plant hunting). I was actually inspired and went out to buy a Yacon straight afterwards....this is a South American tuber, looking much like a sweet potato but tasting a bit pear ish. I am more excited about the foliage as it gets to about 4ft and has big exotic looking leaves...apparently it is closely related to Helianthus. I also learnt about how Szechwan pepper can grow in the UK which was quite exciting (I still remember my numb mouth from a plate of Szechwan pepper and chilli with chicken garnish in Hong Kong.) However the plant grows to be a large bush/6ft shrub and I don’t have the space. 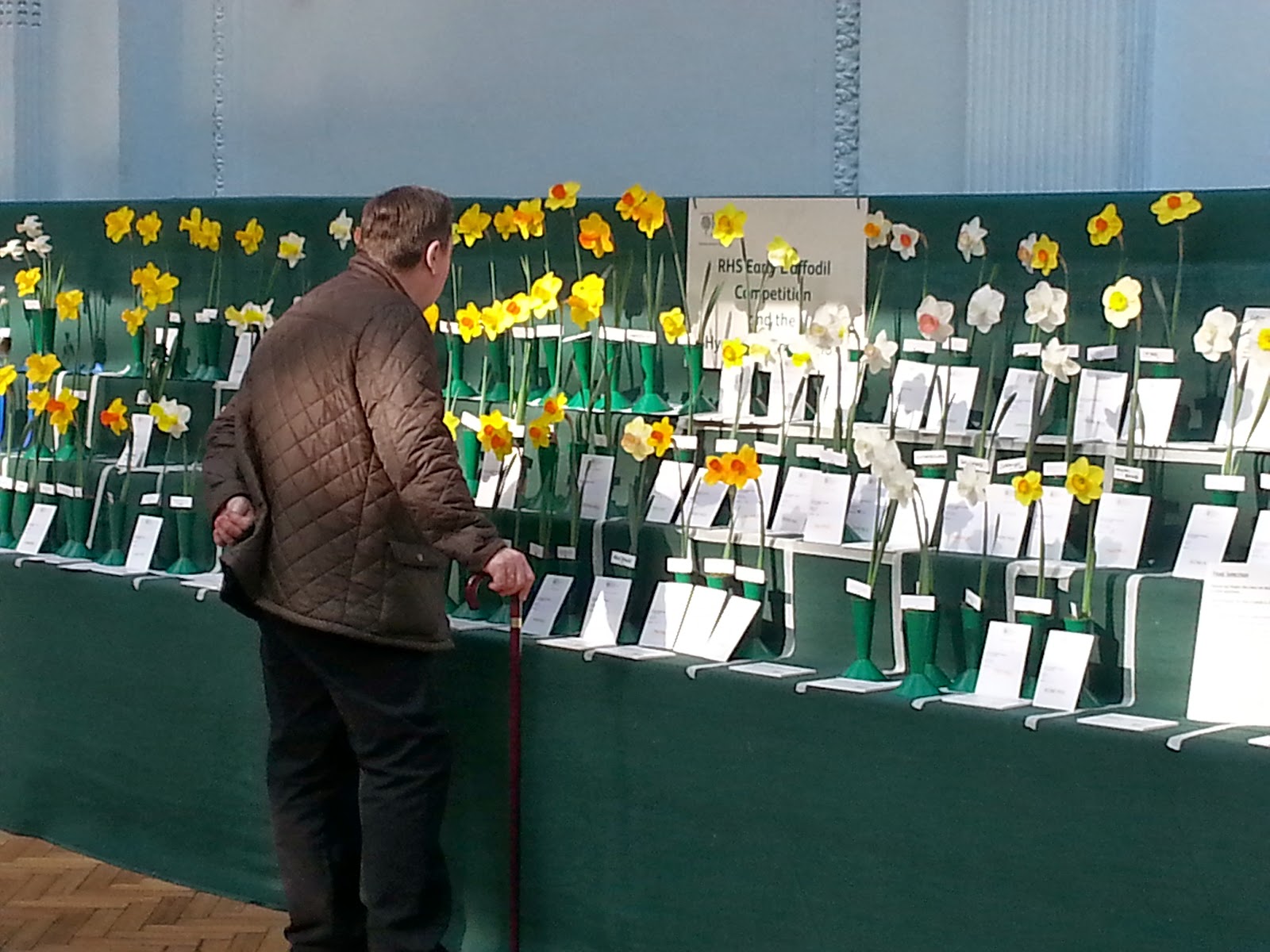 Overall I thought that it was a good show and I loved the daffodils which I could see myself collecting in later years. I seemed particularly drawn to the expensive ones with flat coronas however hate the ruffled salmon pink split corona ones which just seem monstrous.  I didn’t feel there was much new there and a lot of the regulars were present from Chrysanthemums (I tend to smell petrol when I walk past this stand) to Agapanthus however it was nice to see the London Beekeepers have a stand. Alison, the regular who I usually never see although thought it wasn’t that exciting but Peter and I had a good morning. I also think that the RHS is still going in the right direction with the shows late opening and also things like putting the exhibitor lists online which is really helpful. Thank you RHS, keep it up! 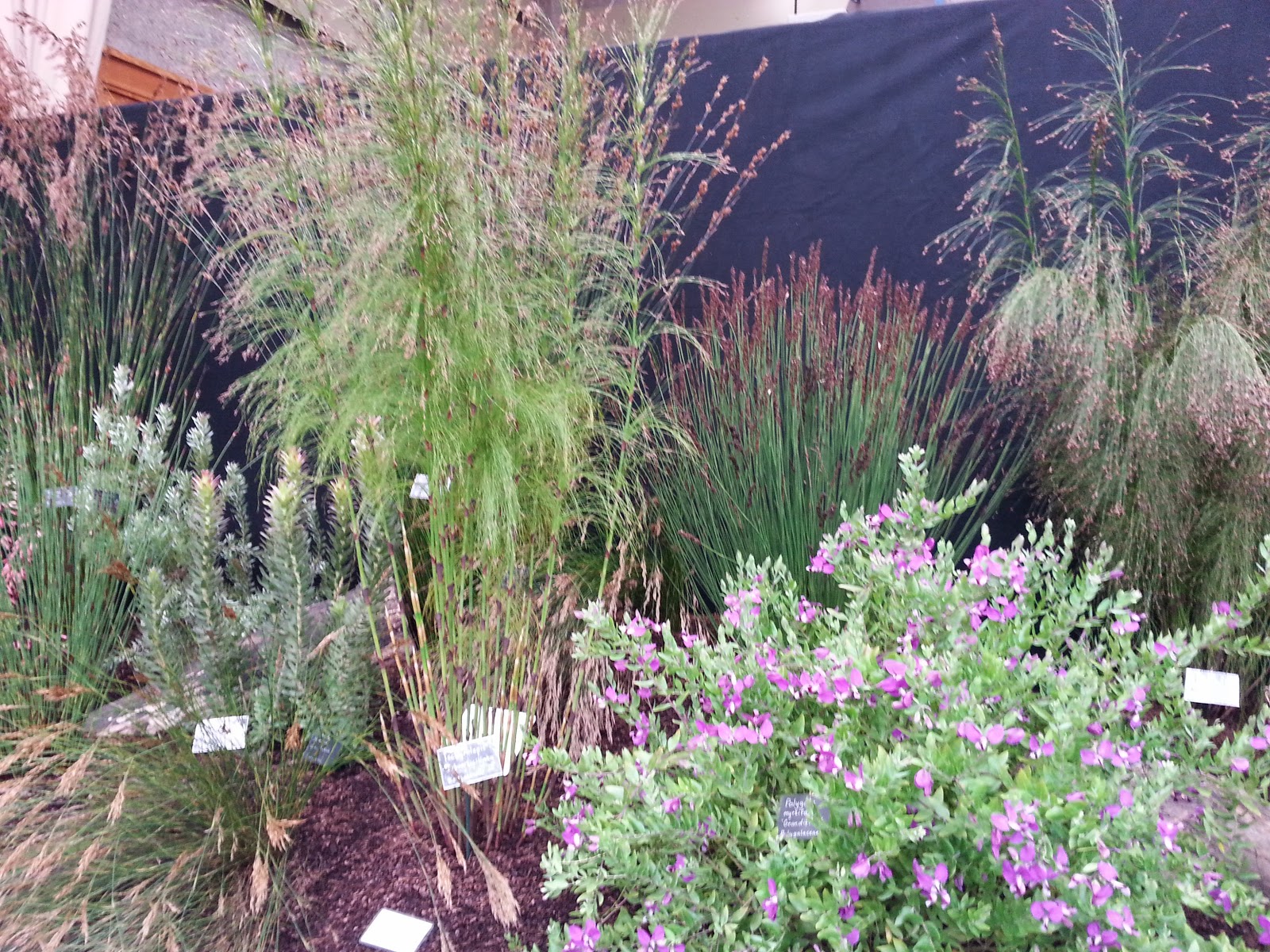 I always like a restio and had fantasies of lots of big pots with huge fountains of them, however my reality is more like a graveyars 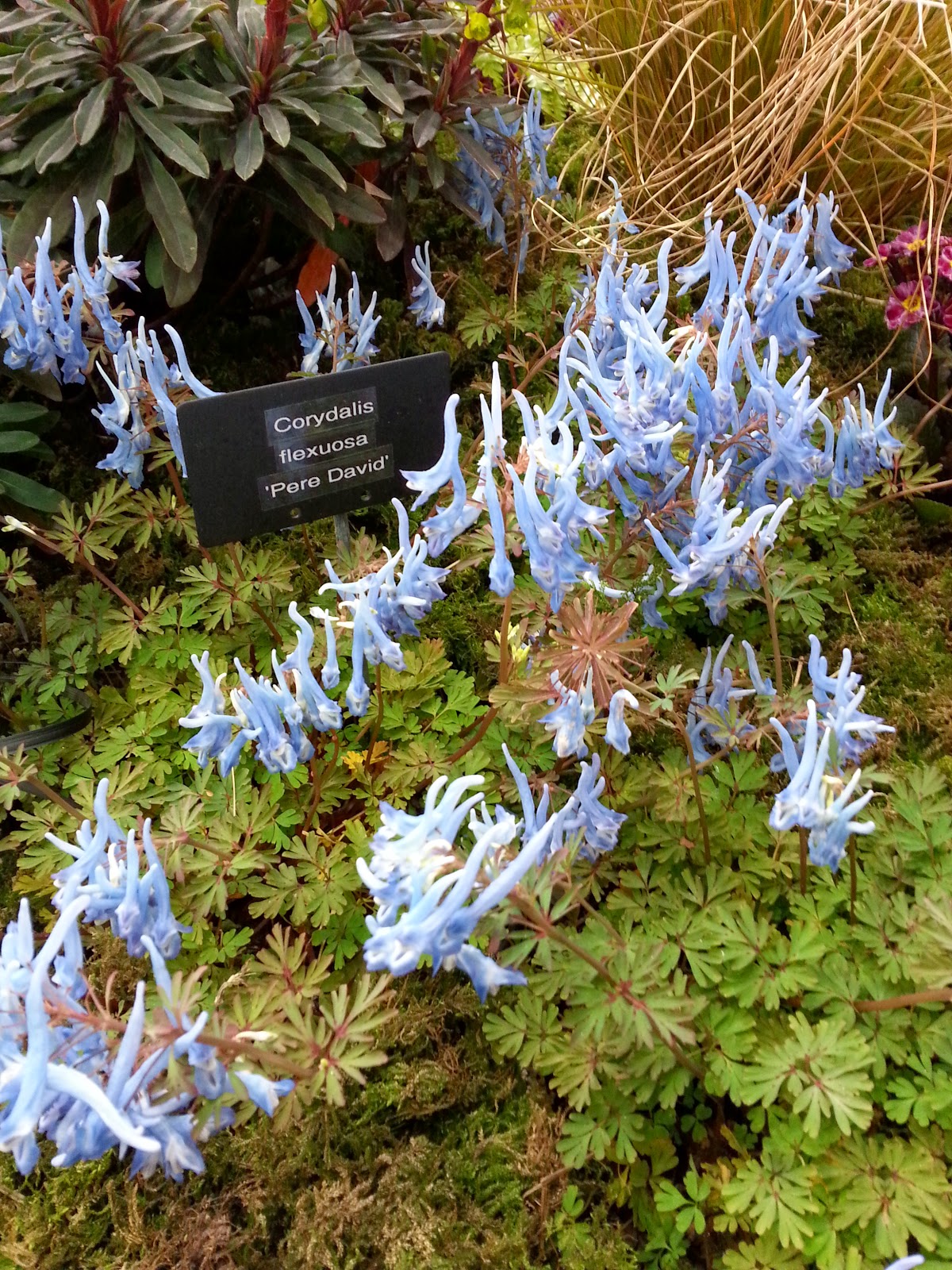 We were rather taken by this Coryalis 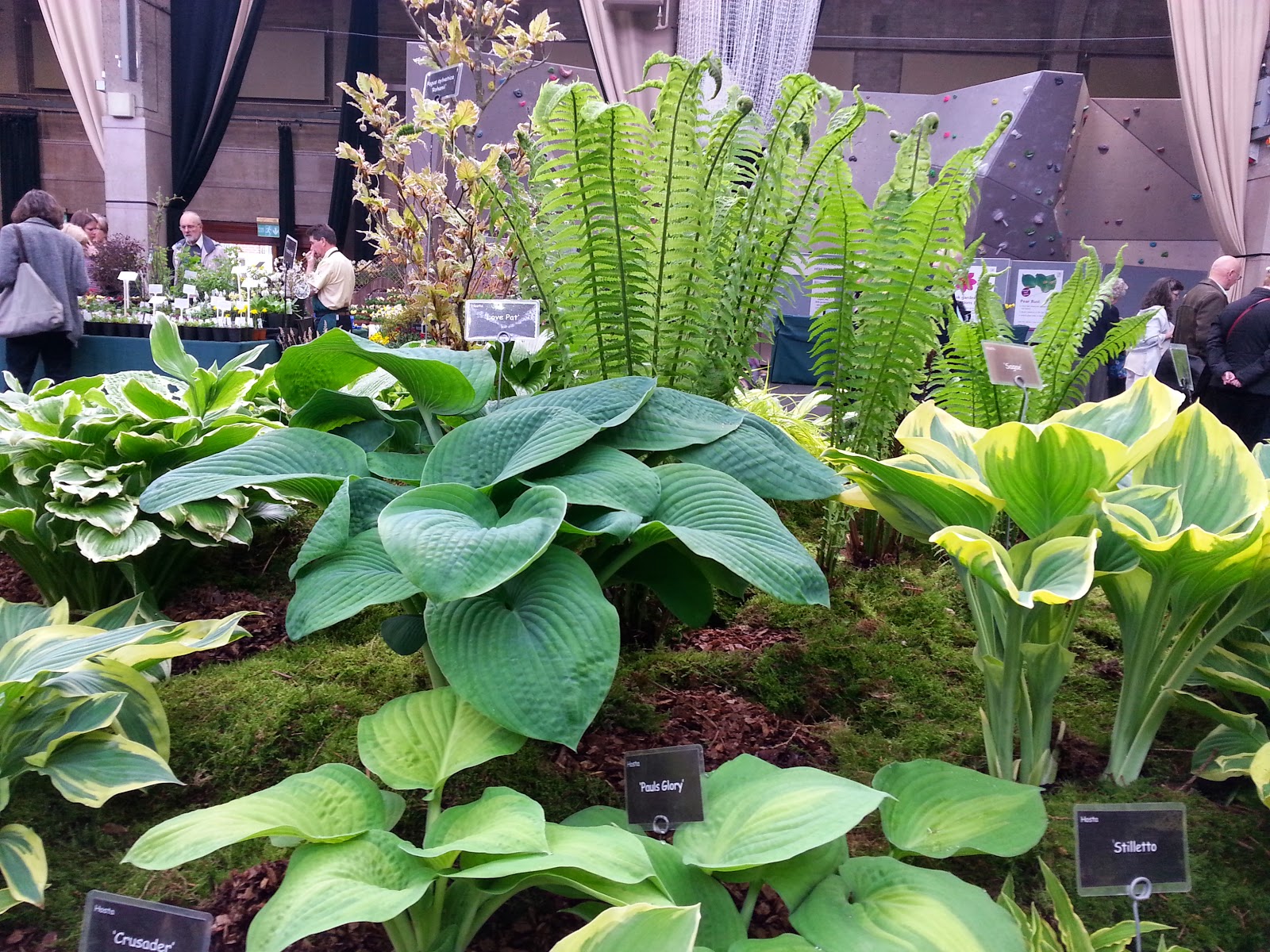 Step away from the hosta display......Peter already has hundreds of hostas as he keeps them looking nice by dosing his whole garden in DDT every year, mine look nice as they shoot then get mauled by slugs. 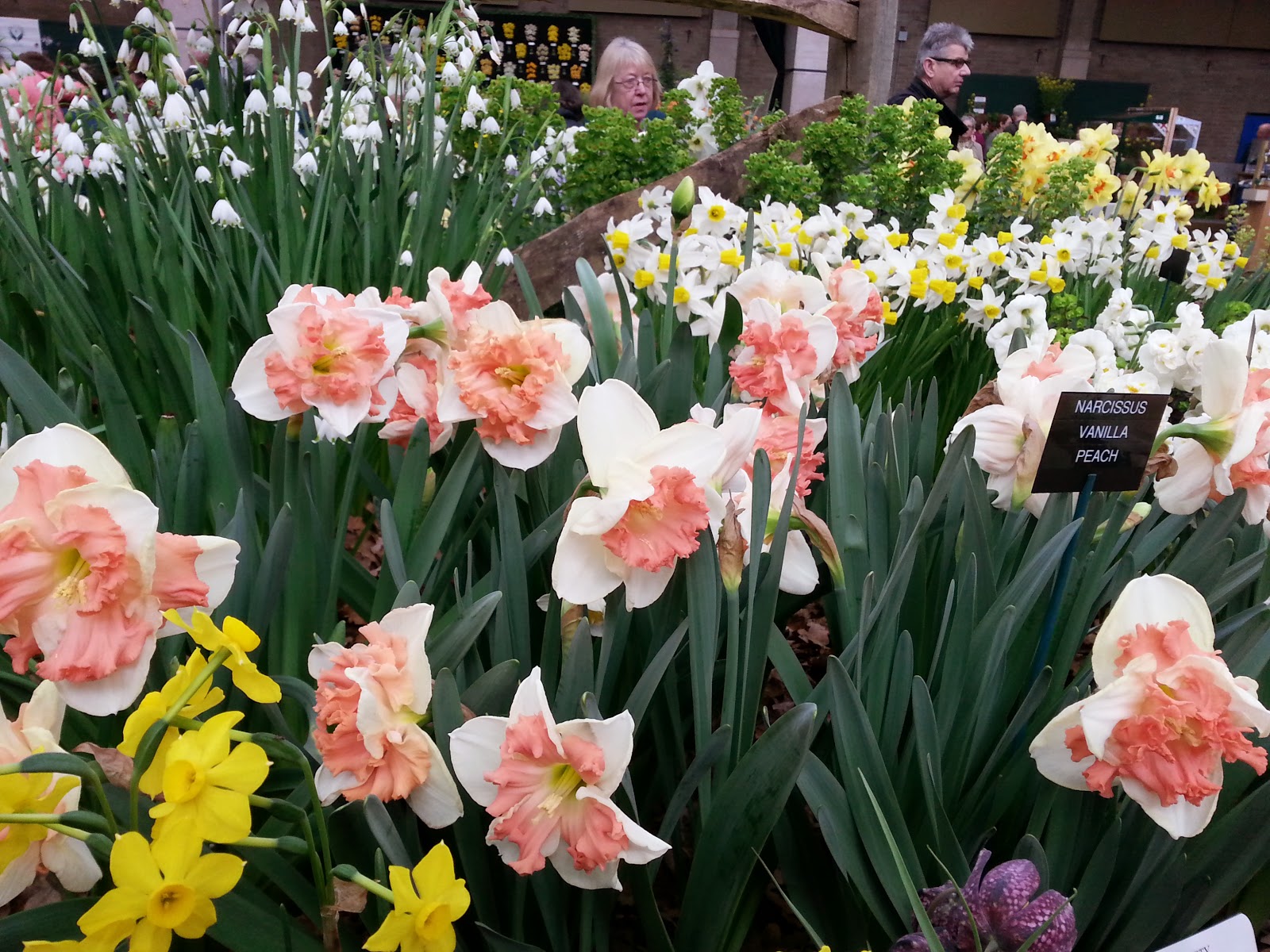 UG: Im not a fan of these monstrous beasts...you? 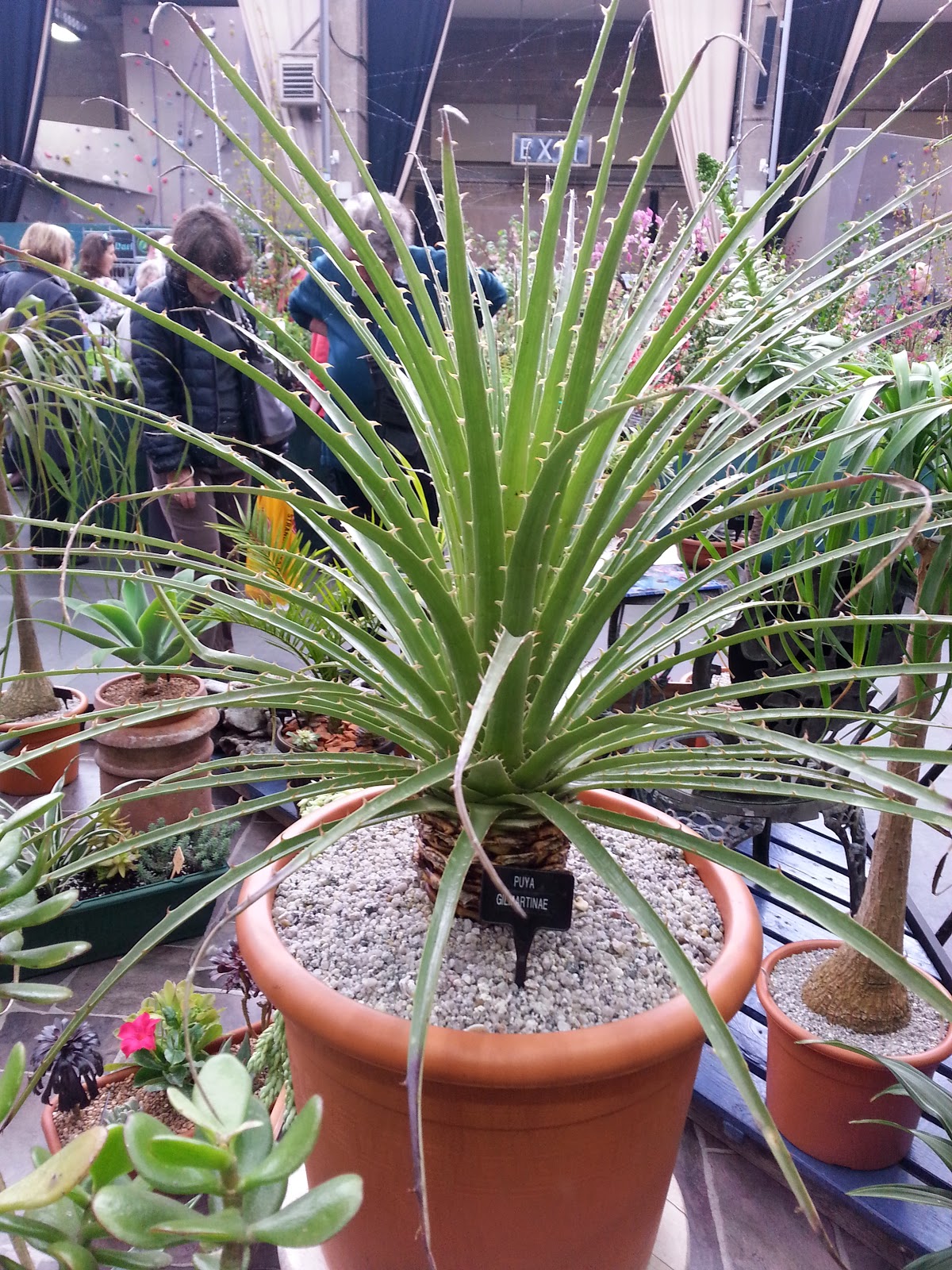 I do love a Puya in a pot 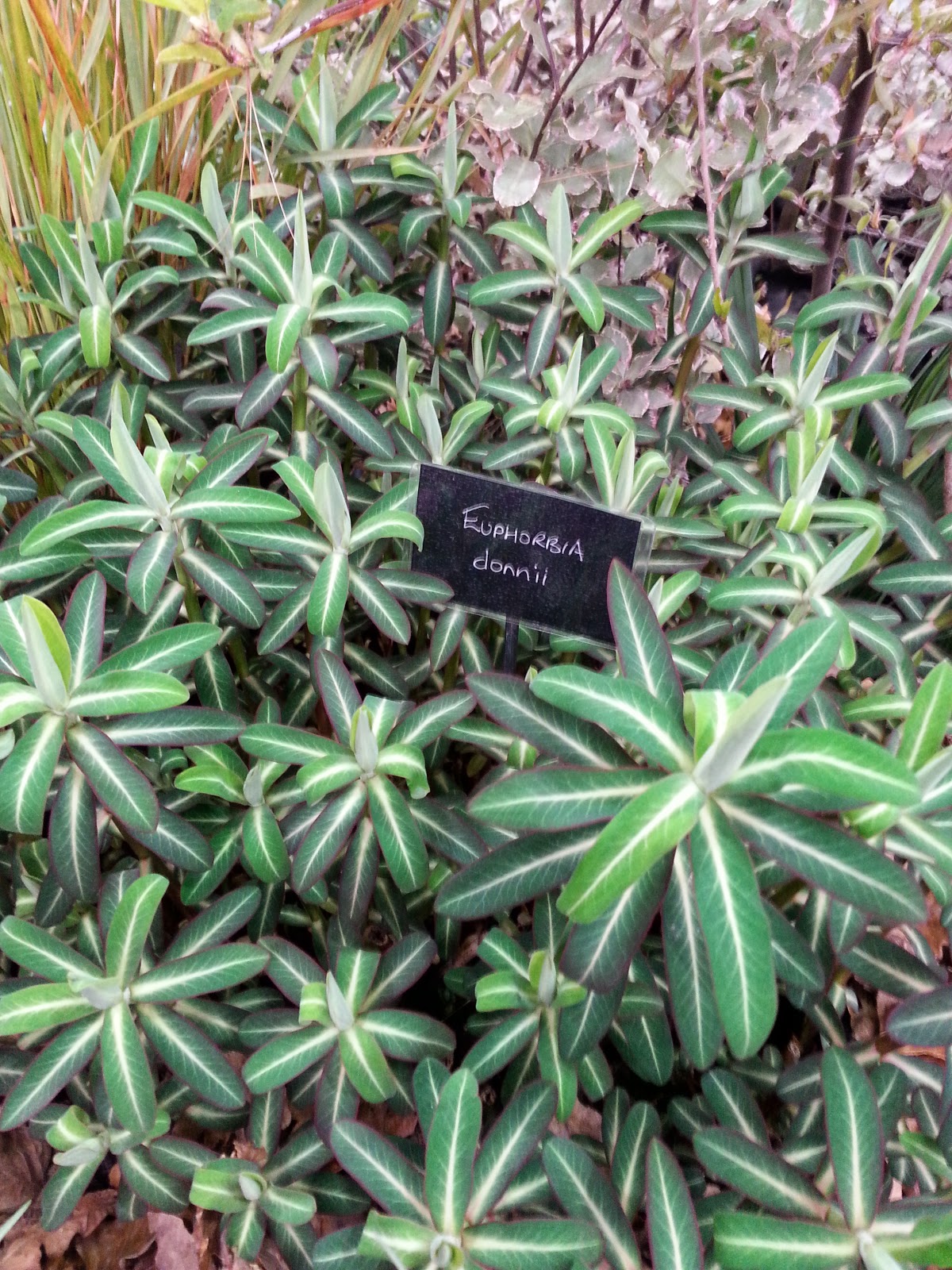 This was my one big discovery...Euphorbia doniii...has fabulous foliage a bit like meilfera however is herbaceous. Sadly they didn't have any for sale, however I will hunt this one down 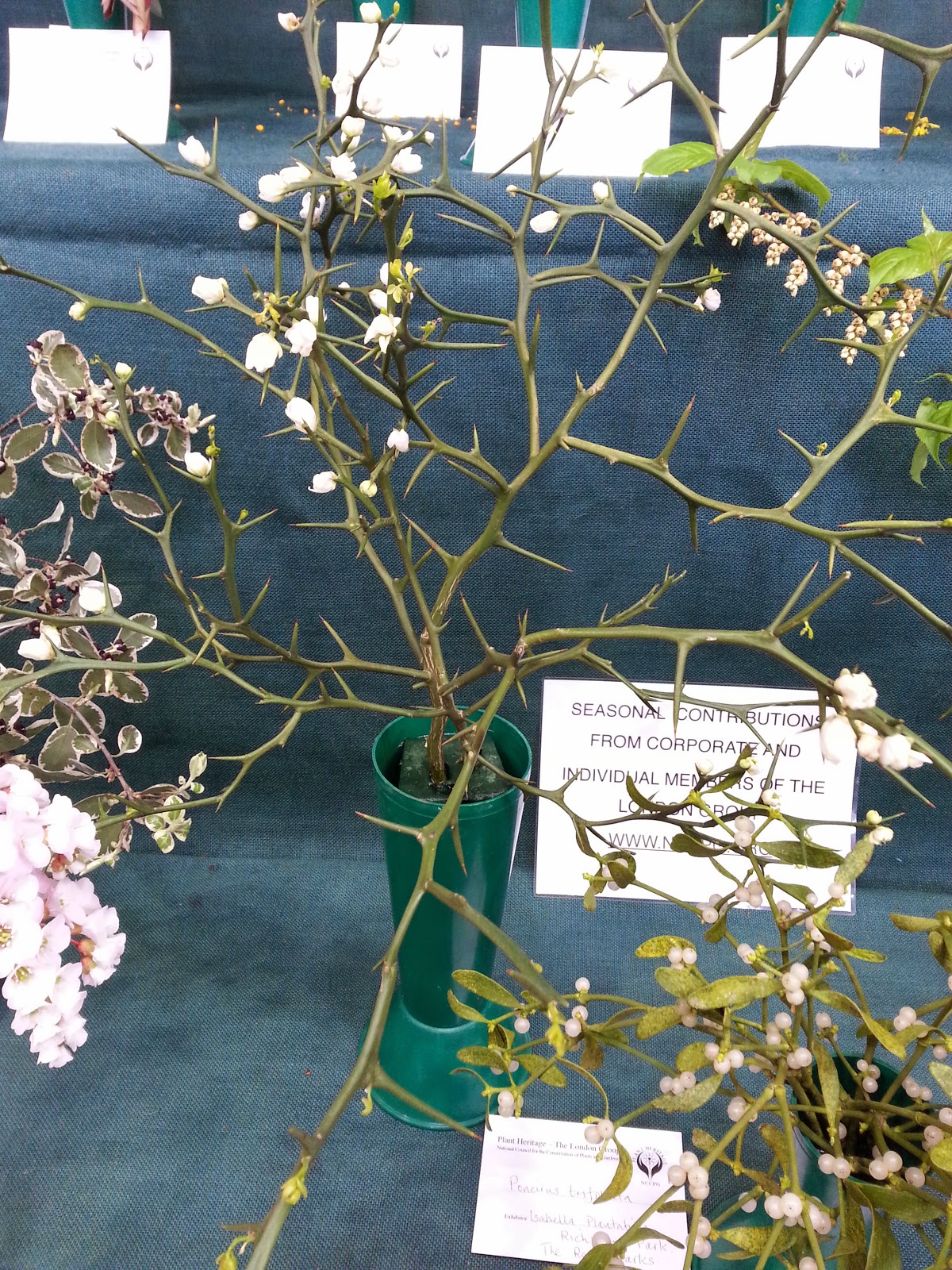 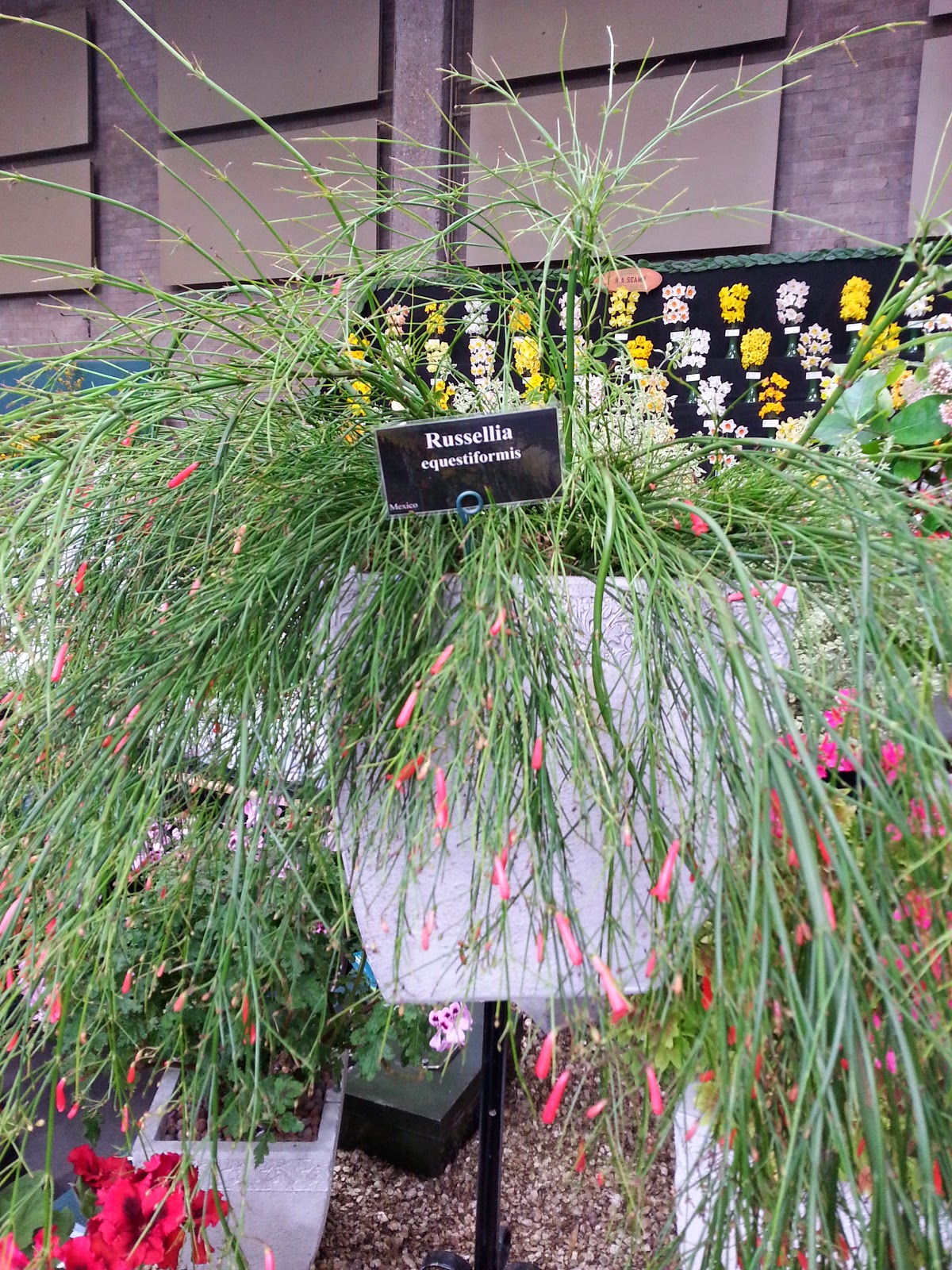 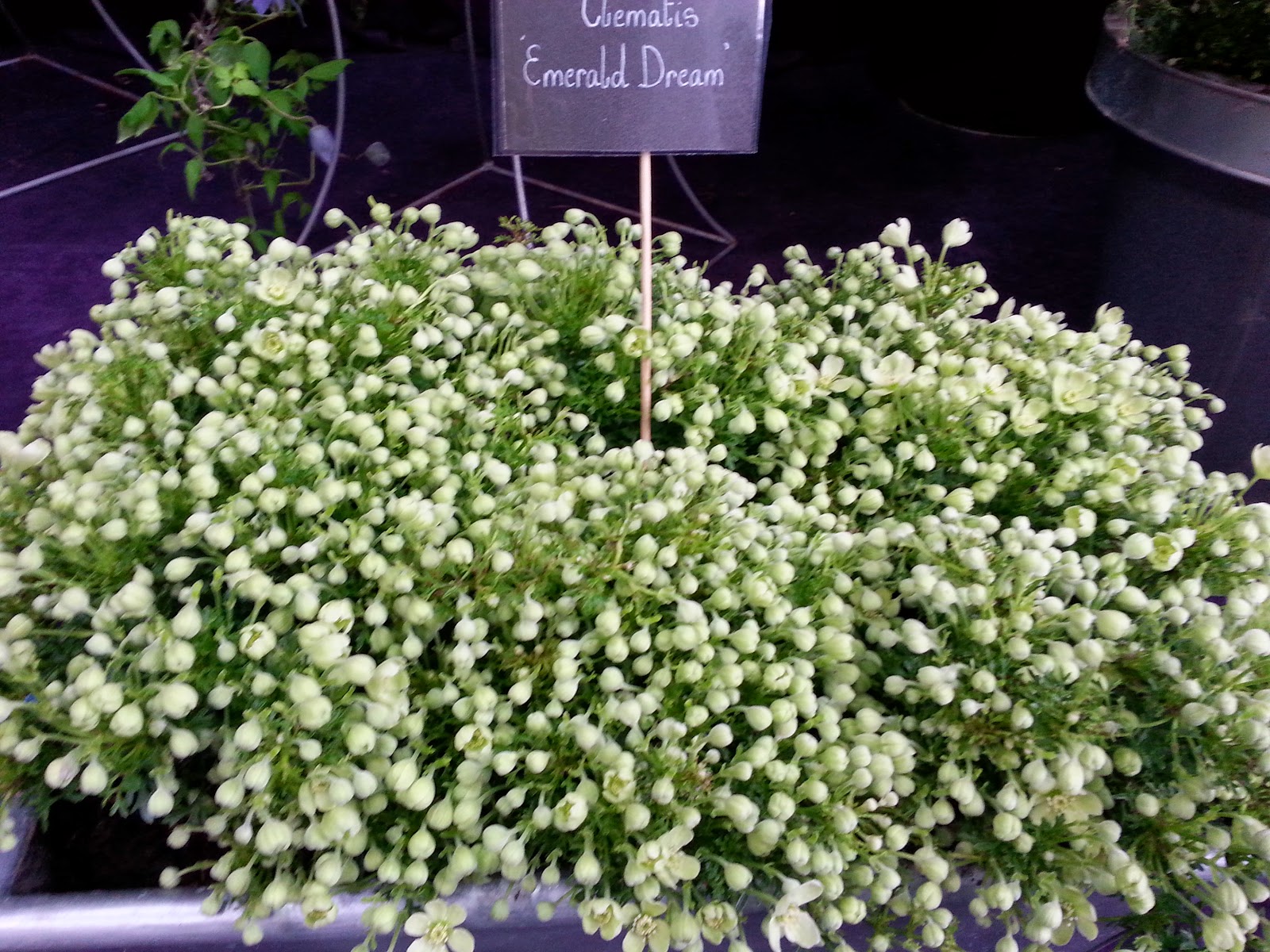 This one perplexed Peter and I as a great plant or just a novelty? it is actually a clematis which is really small 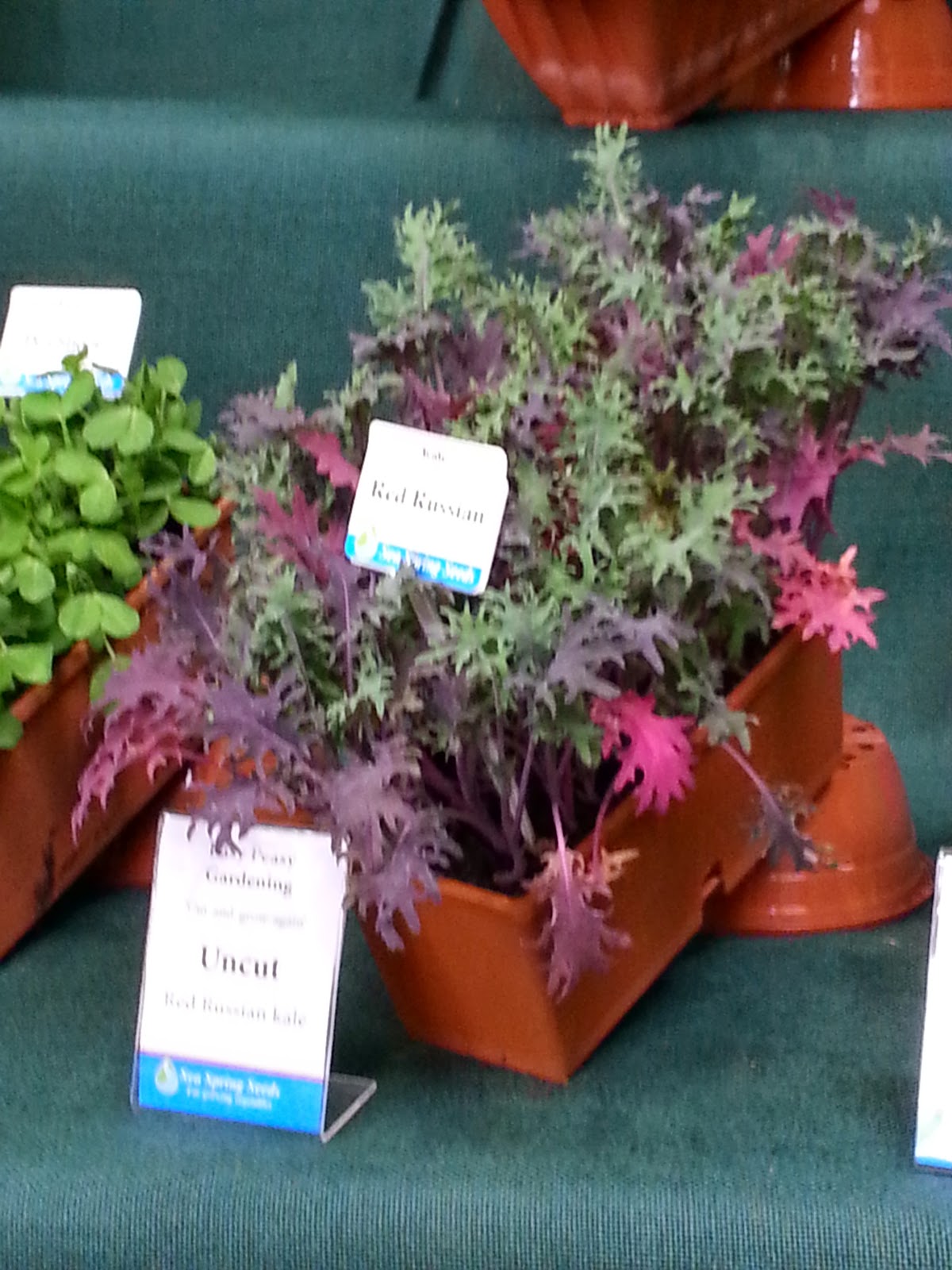 I was rather taken by the color of this Kale as it was really interesting, could make quite a feature if planted on mass 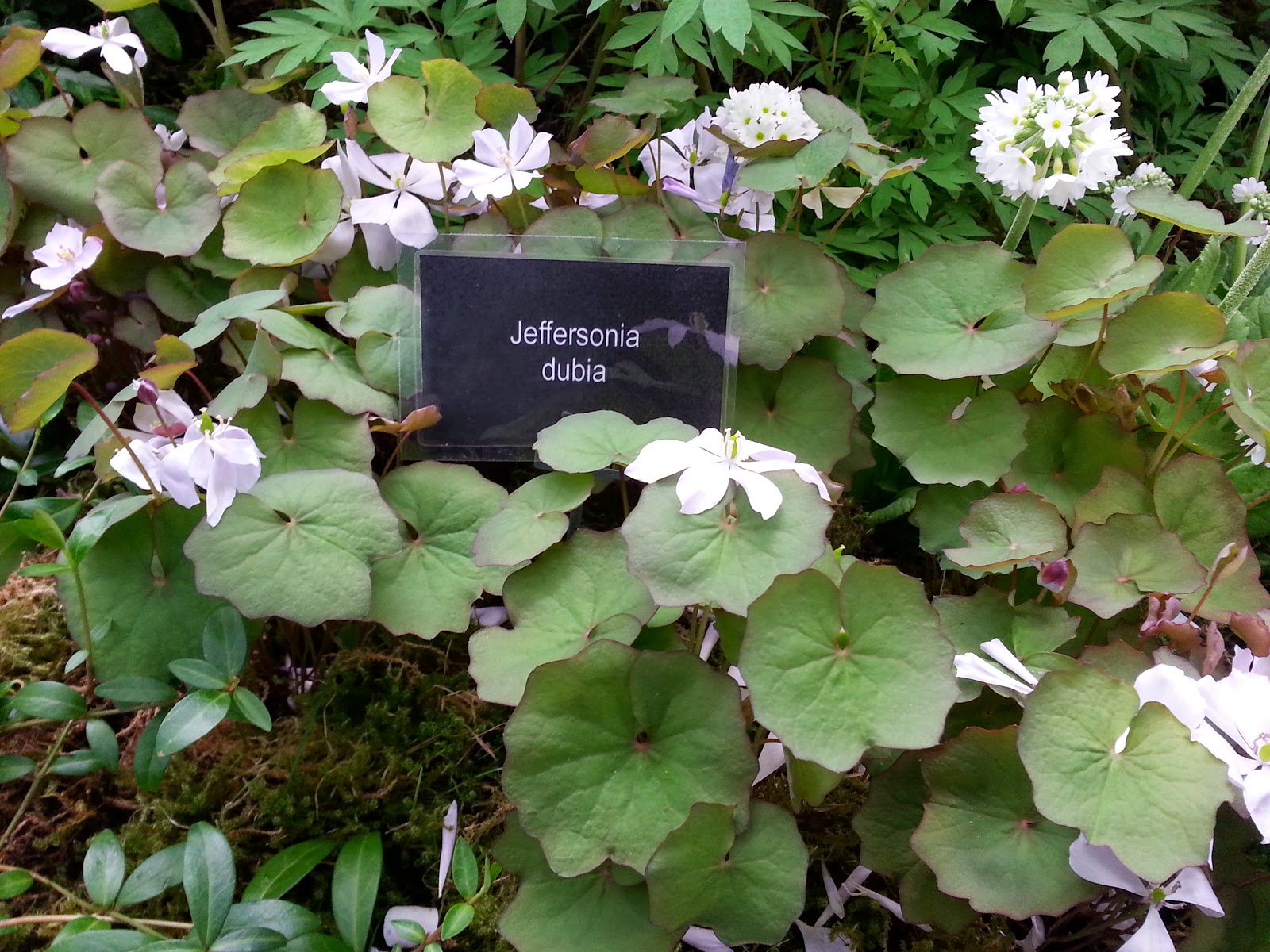 Jeffersonia: another new one to me 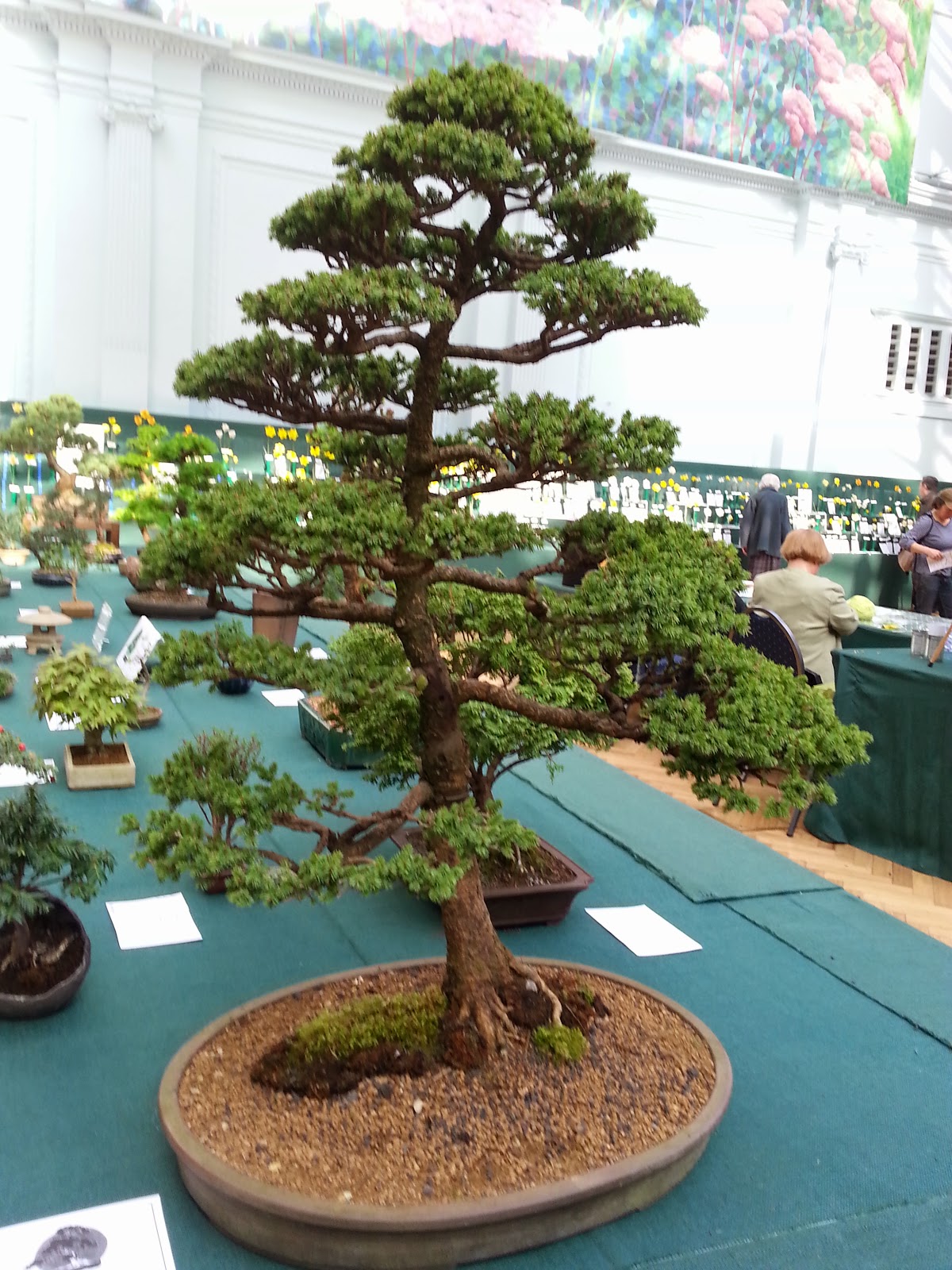 *Love* these...but I would feel bad killing it 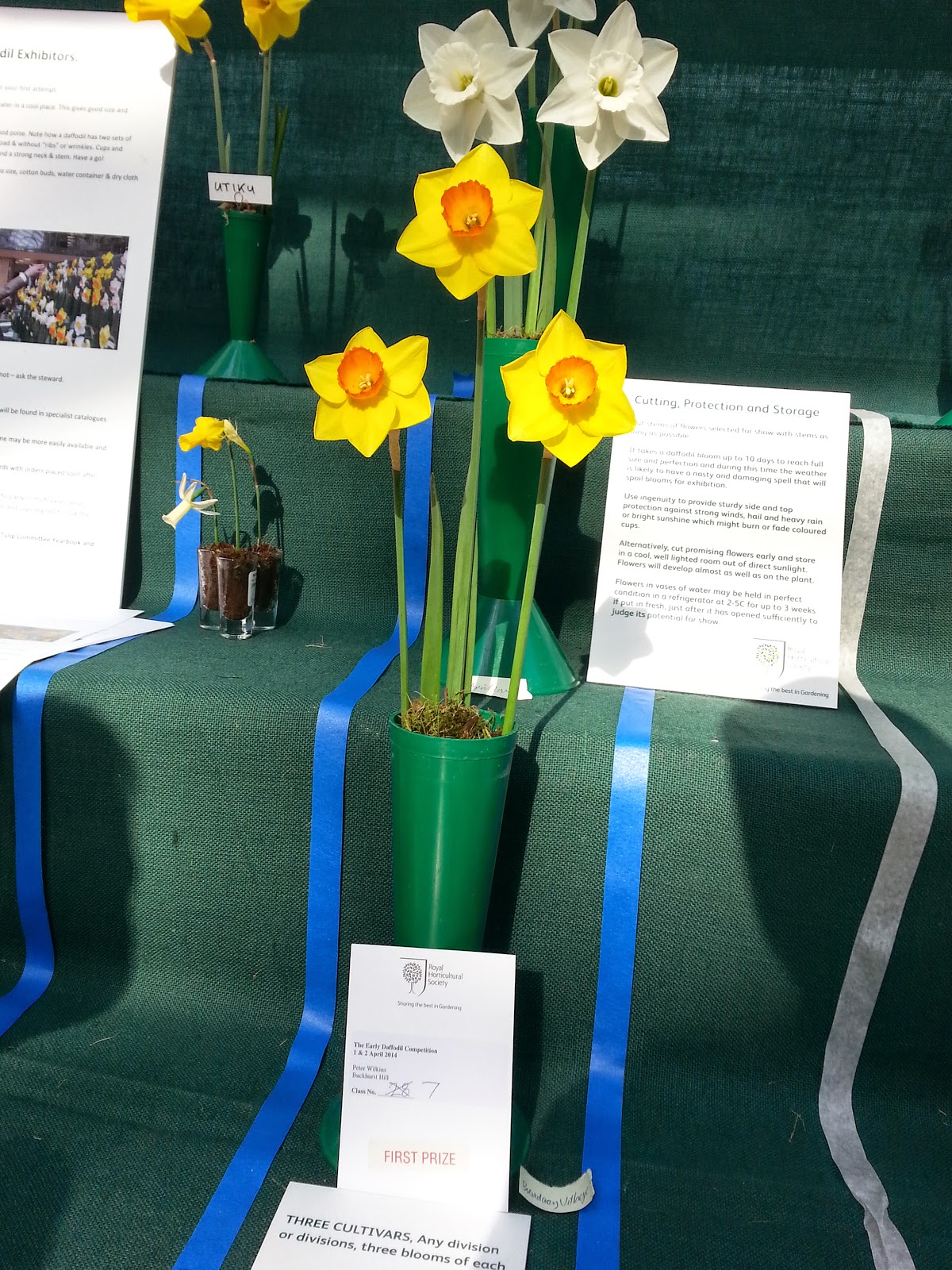 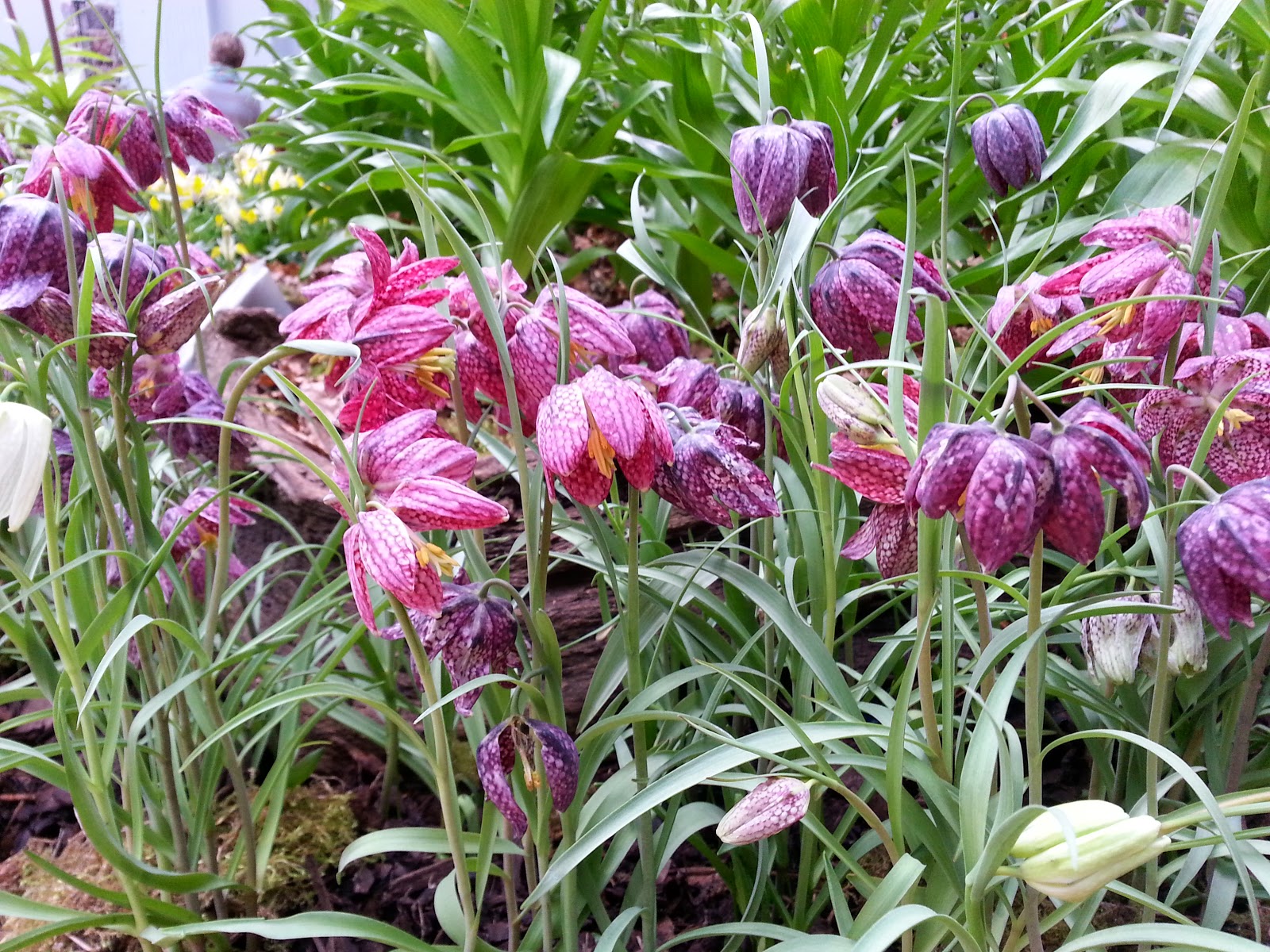 mmmm snakes head fritillaries....I once saw a field of these in the wild near Reading and it was so exciting 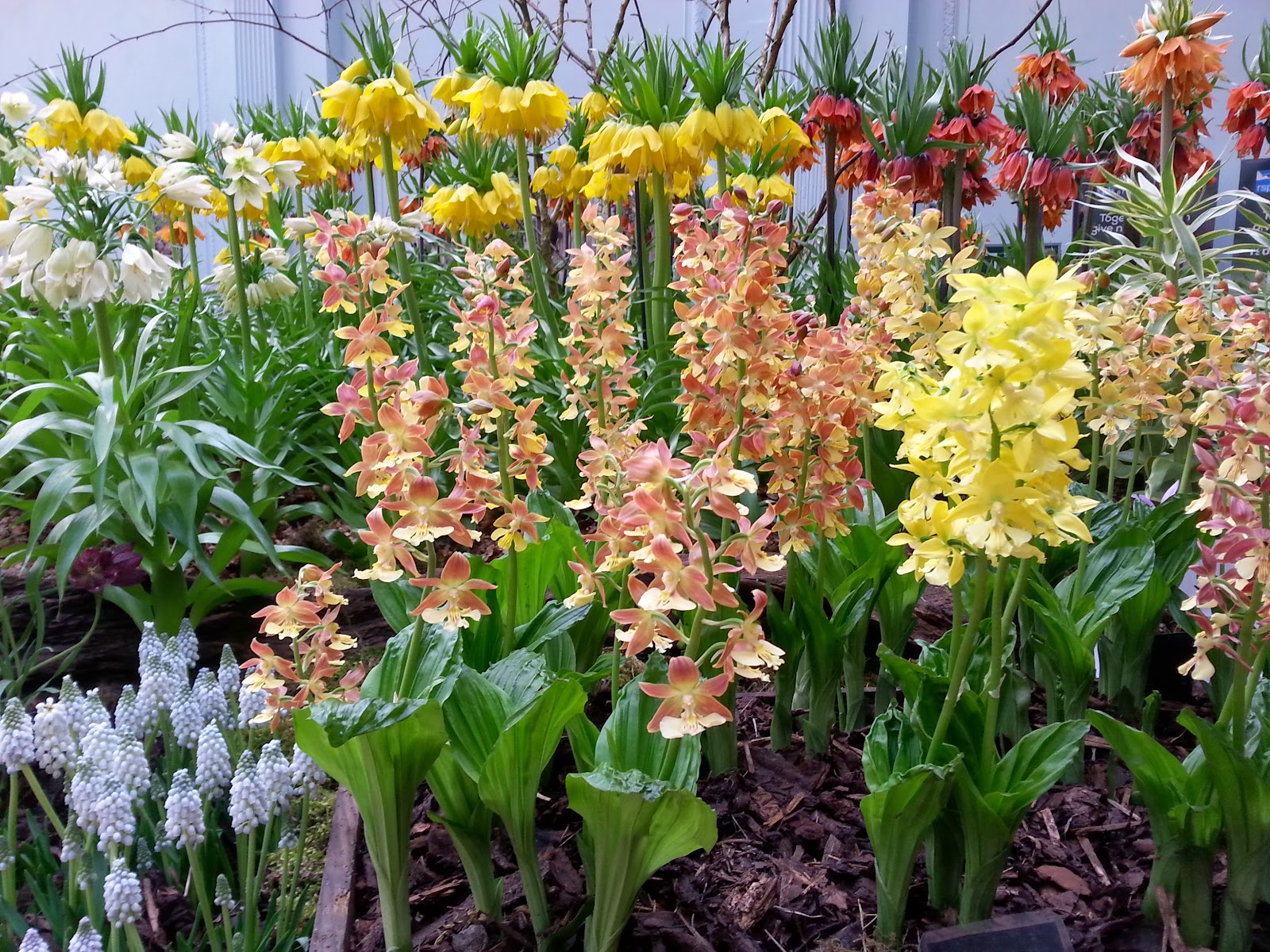 Finally an orchid we didn't know about....Peter went a bit gaga for it but on mass they don't look that special