This has been the year that I have had the most success with Hedychiums which I put down to either the long hot summer, or me having had stern words with them earlier in the year about either performing or heading to the compost bin.

I had grown Hedychium gardnerianum for quite a long time in other gardens, but it never really did that well, the flowers usually either appearing just at the same time as the frosts (and then being zapped by them). Then when creating the new garden I had a bit of a lusty obsession with them as there were suddenly loads to collect from nurseries such as Amultree and the Big Plant Nursery. I could also see them growing really well in Will Giles's garden and figured why not?

So I bought the new collection home and planted them in the ground where nearly all did almost nothing. The exception being H. densiflorum which settled right in and was very reliable. 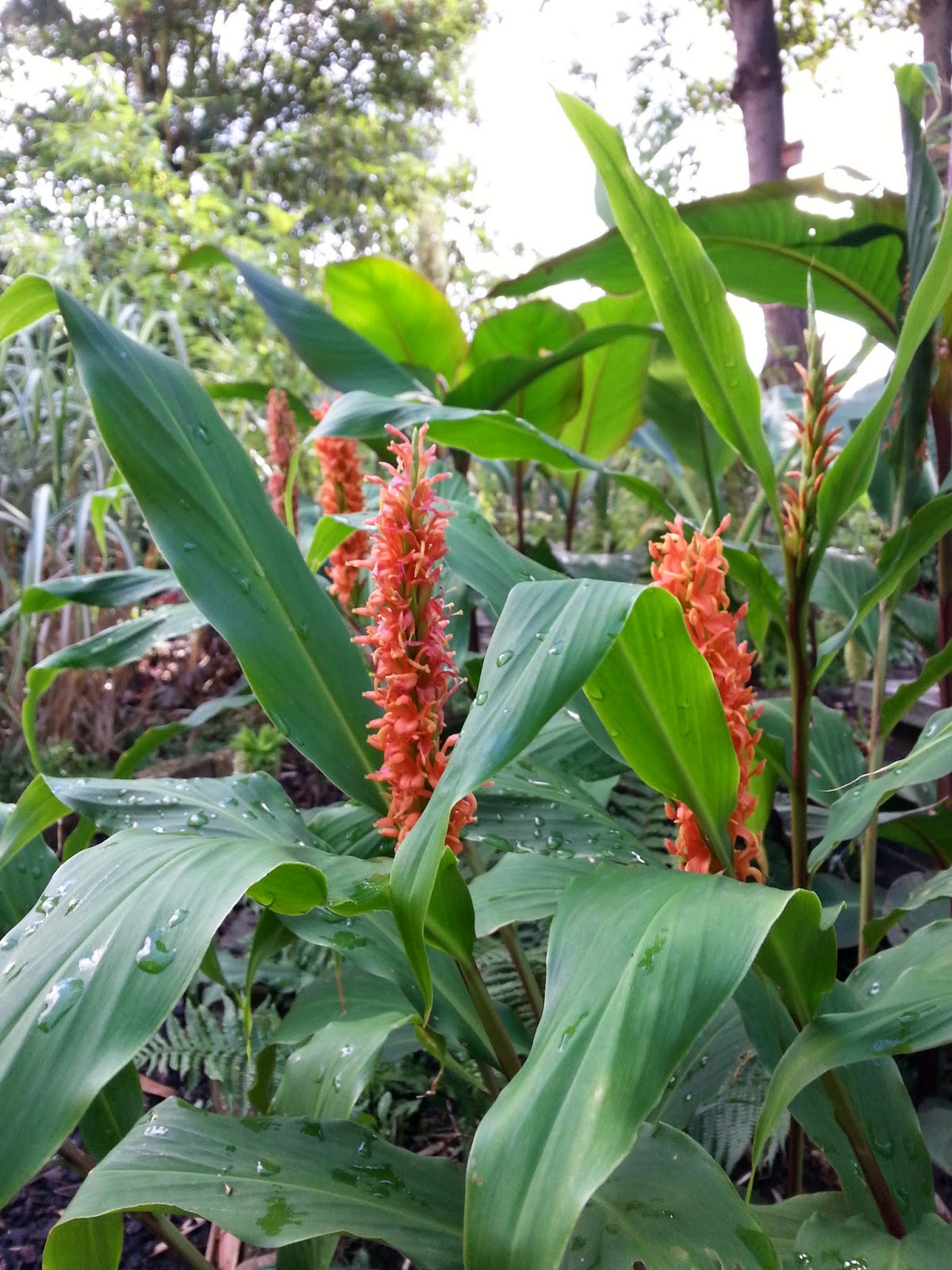 I then kept the others alive, but they didn't really do much. Hedychium densiflorum kept me going, as did the lure of the red underside of the H. greenii's leaf. Some overwintered in the ground, many languished in pots in the greenhouse.
So it was the make or break year, and I decided to try them in pots as I could give them more water and nutrients. I also think they could be more sun baked on my terrace.
And....it worked! The biggest success was a big pot of H.greenii on my wall. It probably took its time to get going, but the foliage helped it earn its keep. Then in October it had lots of spectacular flowers. 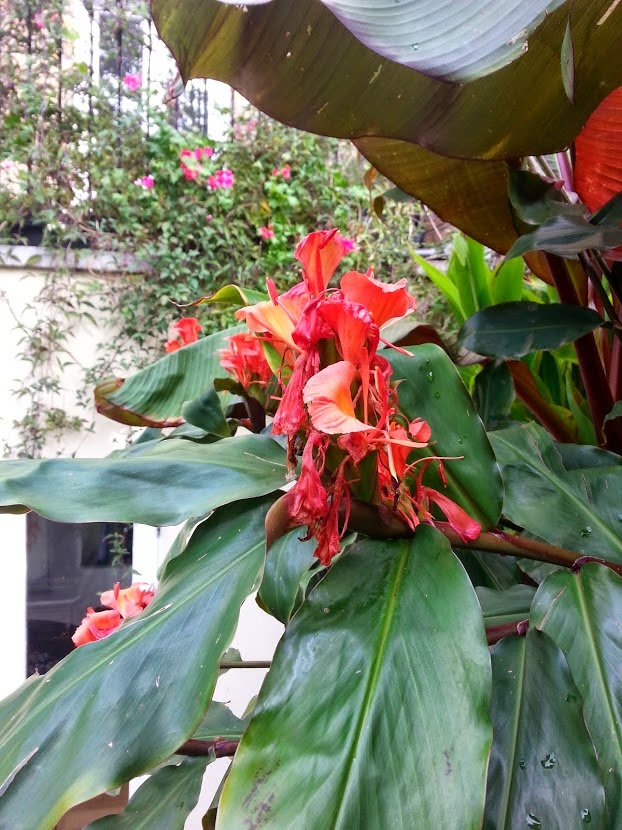 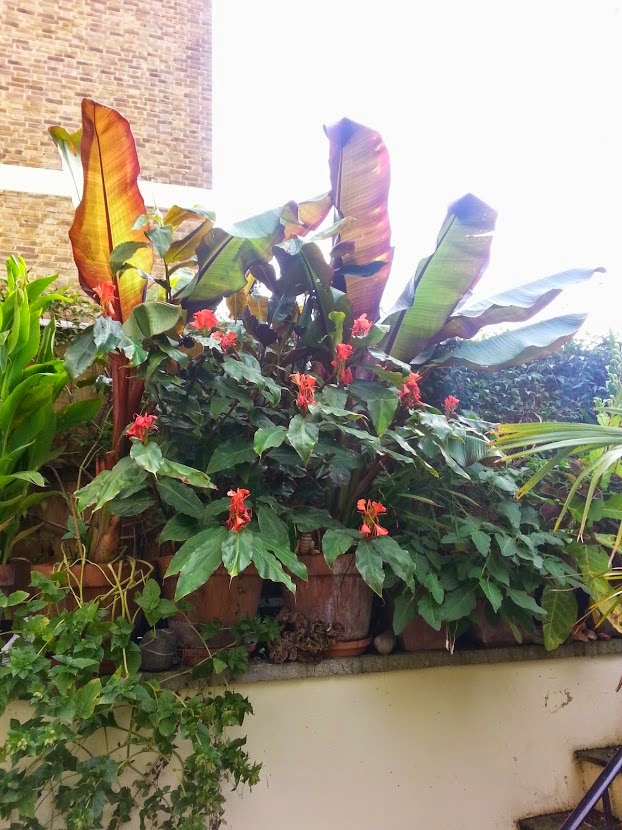 Then came H. maximum...I put this in a pot thinking with that name it should fill a gap and look good and jungly. Then it flowered too! hurrah! and when it had finished left some lovely flower bracts. 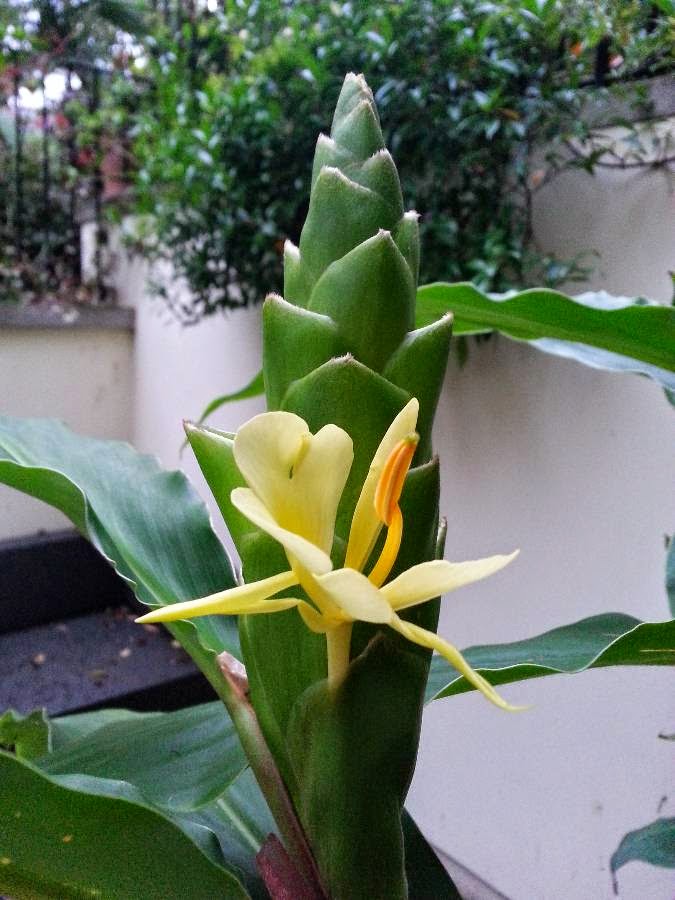 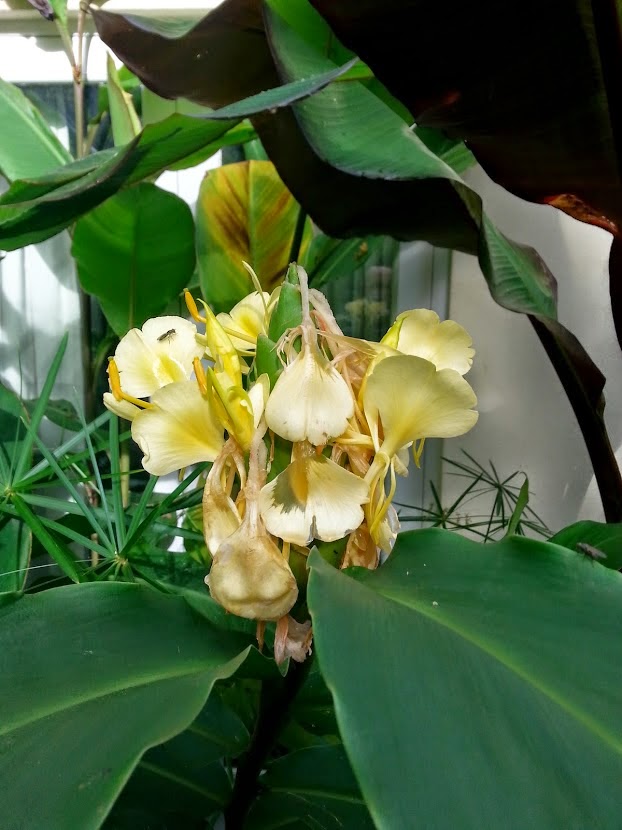 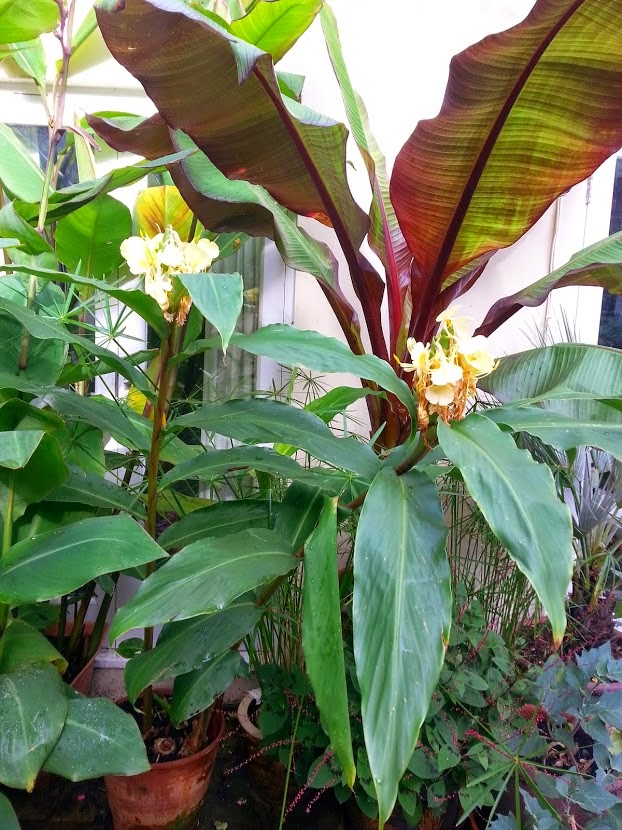 And just at the same time to join in the party a H. kewense which had been sulking in the ground for 5? years also flowered. 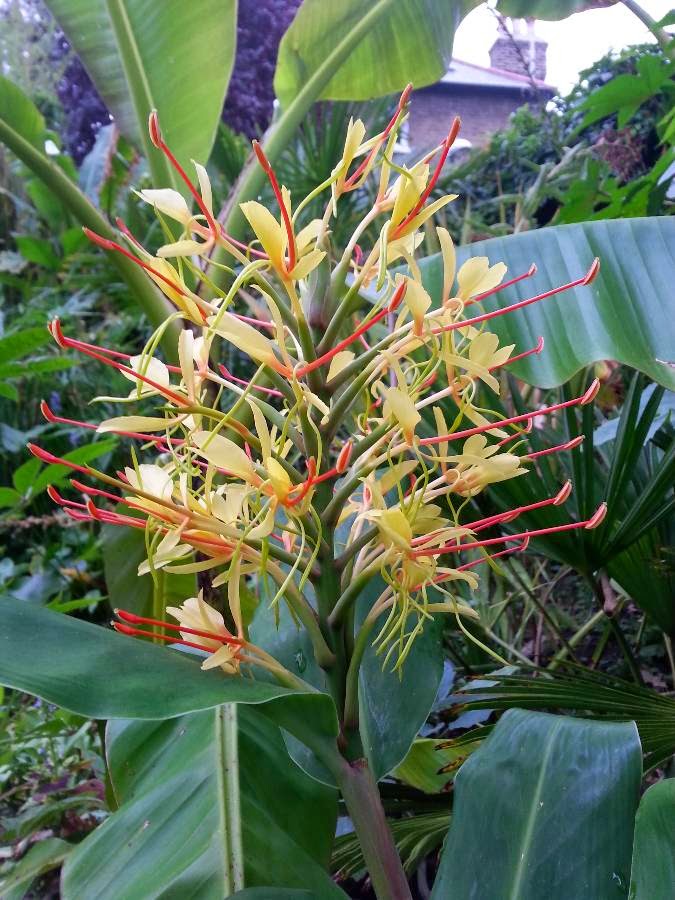 So they aren't heading for the compost heap yet...my big learning about them being
a) Give them lots of water
﻿
b) Feed them well
c) Keep them warm in summer
Posted by Clive at 04:41