As a birthday treat last Sunday we went to Great Dixter, which is still my favorite garden. It was also their plant show which is well worth a visit as there were lots of unusual nurseries there from Sweden, Norway and Germany and lots of UK ones that I haven’t seen at shows before. This all went to emphasise how bored I am getting of the RHS London shows as they seem to just have the same nurseries every year, however I think about ½ of the Dixter ones were new which was very exciting, and kept my wallet warm. 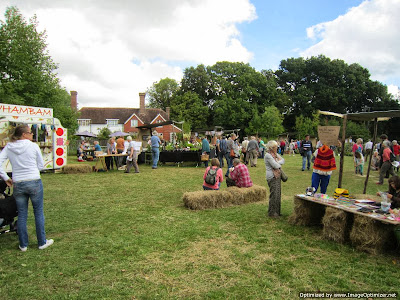 It was the Knowle grasses that probably got me most interested....a good thing about the show was that every half hour the nurserymen all did talks about some aspect of their plants whether it was a dutch guy talking about prairie planting or a specific set of plants, and Mr grasses was quite a showman. Grasses have been slowly creeping into my life from Arundodonax to a good few Miscanthus, climaxing in ordering about 6 of the giant Miscanthus x giganteus this time last year, however Ive never been that keen on their flowers. His stall was all about the flowers and I could see the husband and Peter getting completely taken in, when I realised I too had fallen under the spell. I came away having bough a Pennicetum 'Red Head' which has the most gorgeous huge black toilet brush of a flower spike.

Dixter is such a joy to wander around, as it is different from other gardens as with its huge beds, and of course the jungle garden.  I must admit that I didn’t think it was as good as last year where it all seemed more verdant. This year there seemed to be a greater diversity of plants there which I  don’t think added to it...I also think the few roses that are there looked so sickly and out of place. Don’t get me wrong it was still fabulous, whilst we were there a lady was positively orgasaming over seeing a Begonia luxurians. 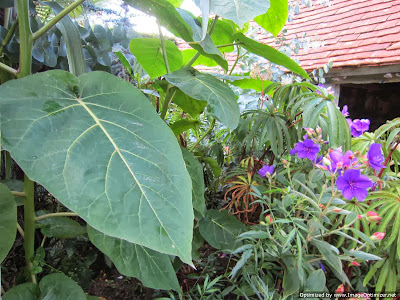 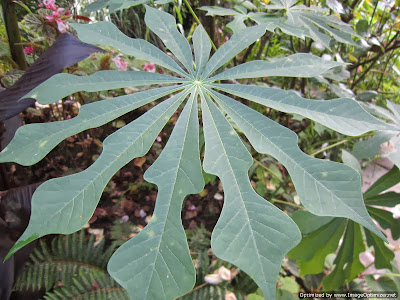 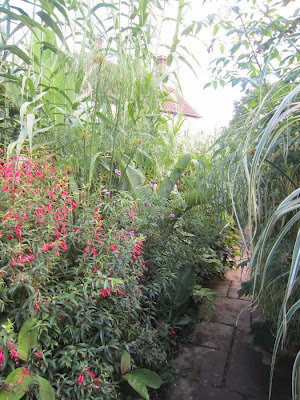 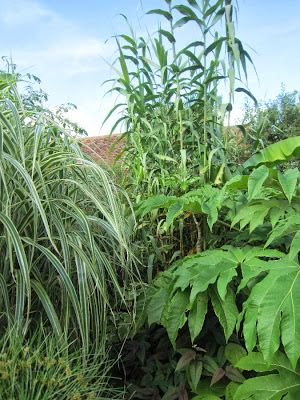 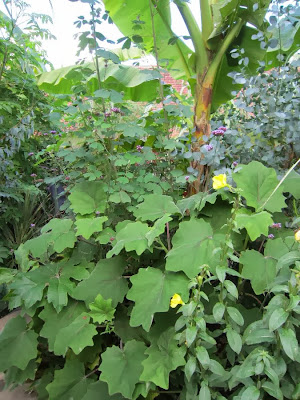 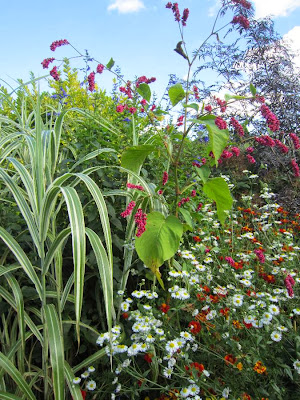 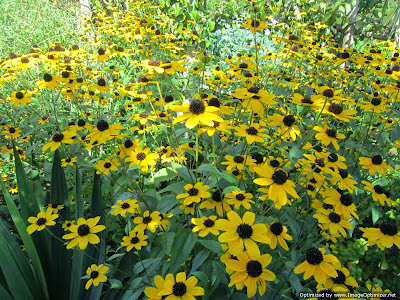 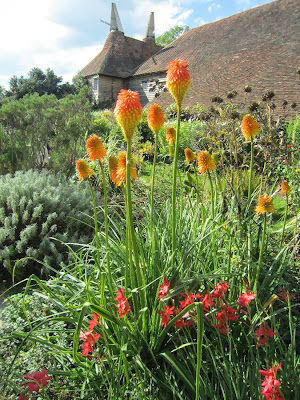 So lots of awe-inspiring wandering before dashing off the Sissinghurst via Bodiam Castle. Sissinghurst I also love, and usually come away from my visit with plans of building a replica of the Elizabethan tower in the garden as I would love a writing room like Vita Sackville-West. Comparing it with Dixter is interesting as they are so different...certainly design wise I like Sissinghurst a bit better as its all a bit more interwoven with vistas and grand gestures  Dixter is more about wandering the plants. 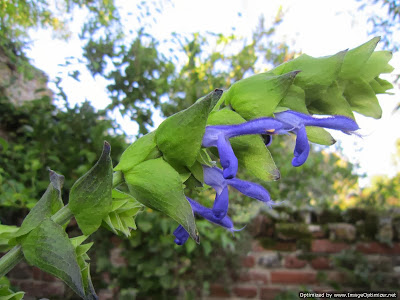 Finally to finish things off on the Tuesday I had a visit to the RHS autumn show...I think last year I only spent a quick 10 mins here however as I had a gang we hung around and it was amusing to watch how they had accessorized the show with people juggling vegetables, fiddlers, an orchestra carving and then playing butternut squash and carrot flutes and botanical cocktails. Quite how happy I would have been to pay to go in if I wasn't an RHS member I don't know, but you cant beat a wander amongst the giant vegetables (the biggest pumpkin was 20lbs off weighing as much as a Shetland pony). There also seems to be an annual rivalry between the Dukes of Marlborough and Devonshire in their grape growing and it was funny to see who was coming out top!