June: aggressive bamboos and things beginning to come together

The garden has recently been a neglected wife as I am 6 weeks into a new job which is further away and also has less toil and flexible working than where I was. Those plants that are in have been subjected to the relentless march of the monopeds... there are so many slugs and snails eating everything with particular favorites being anything I plant in the veg plot, Cannas or Dahlias.

Years ago when spotting a snail I would casually lob it over next doors garden when I thought no one could see me, tutting at my mothers use of slug pellets. All that has changed and I can quite happily snip a snail or slug in half with a sharp pair of scissors or crush small snails with my bare hands. Currently I use pellets on selected areas, however even then there are expletives a go go when I wander round and see that they have munched the 2ft tall growing tip of a Dahlia imperialis.


Another gasp came this weekend from the bamboos...I love bamboos and have been giving them kind words and appreciative looks in the hope that they would grow faster and hide my neighbors houses.  This year I have been rubbing my hands with glee as new shoots have emerged, their giant phallic thrusts heading to the stars, growing incredibly fast with a girth to be proud of. I was therefore a little surprised to see a huge shoot a few foot from the main clum of Vivax. 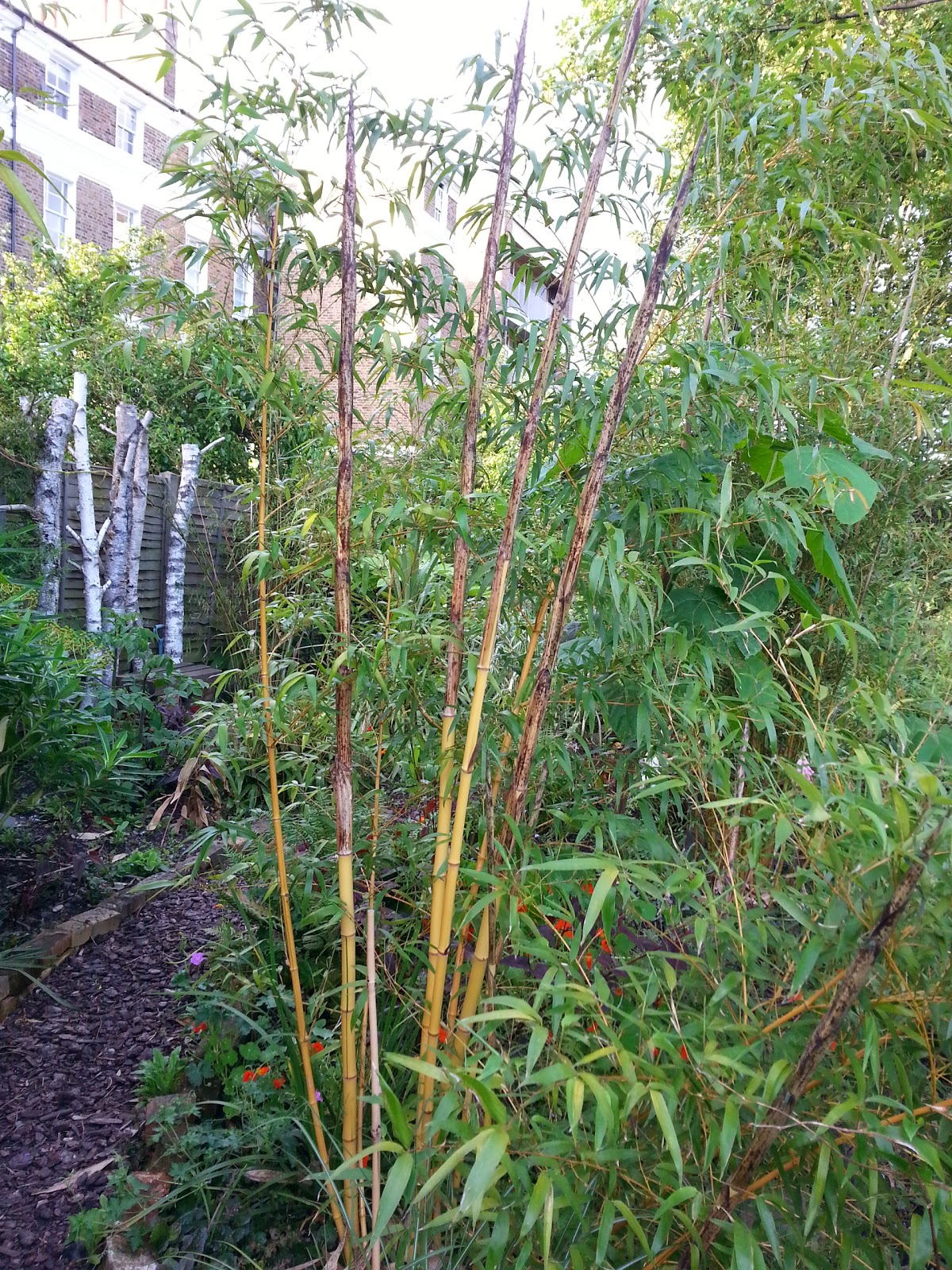 This is the main clump, well behaved as a, well, clump! all about to double its size.. however when I went to dig up the stray shoot I found that it kept going, and then going some more with a very active shoot! 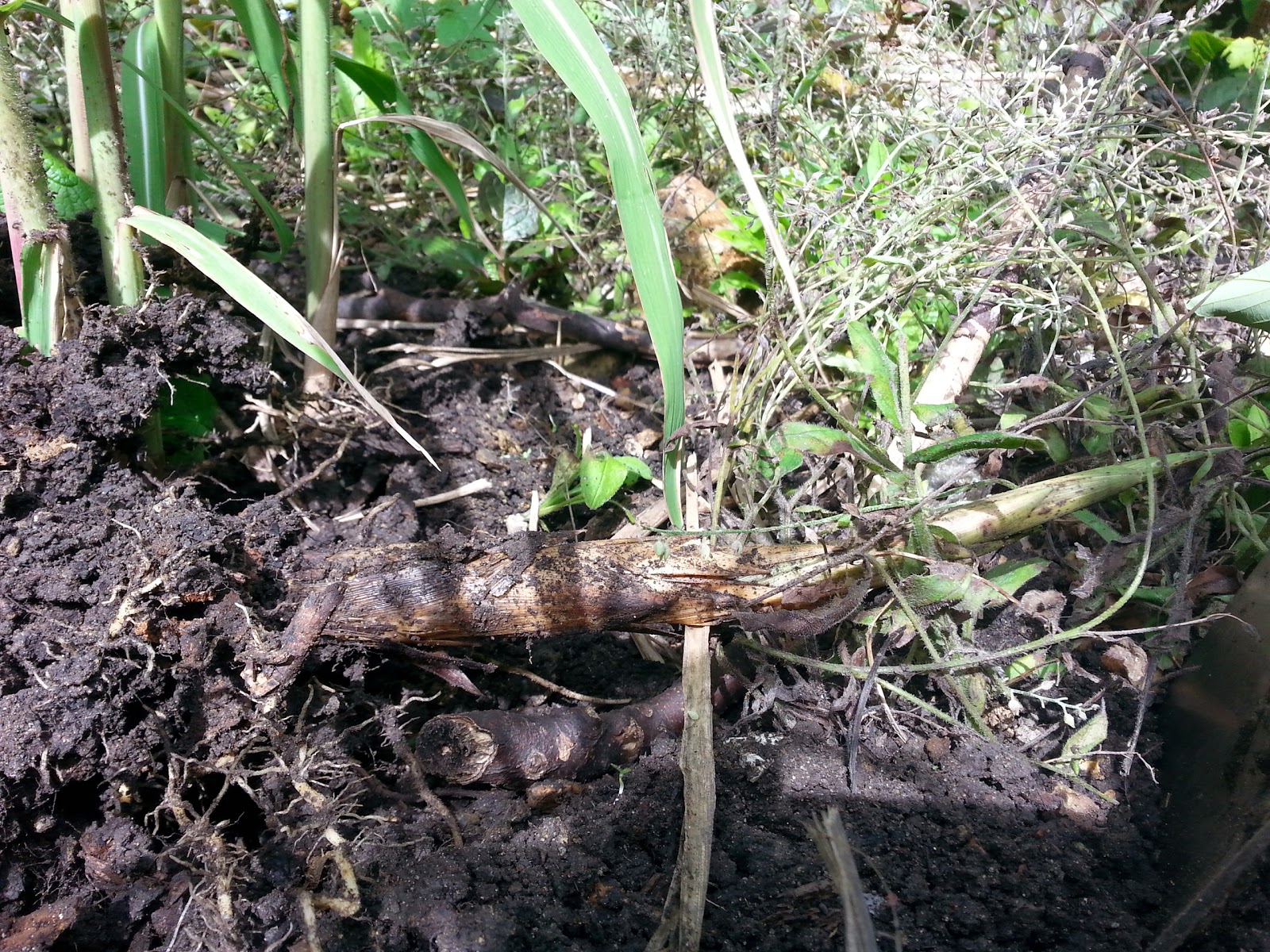 This  picture shows how far it has come from the main clump. The spade marks where it has ended up about 2 meters away! 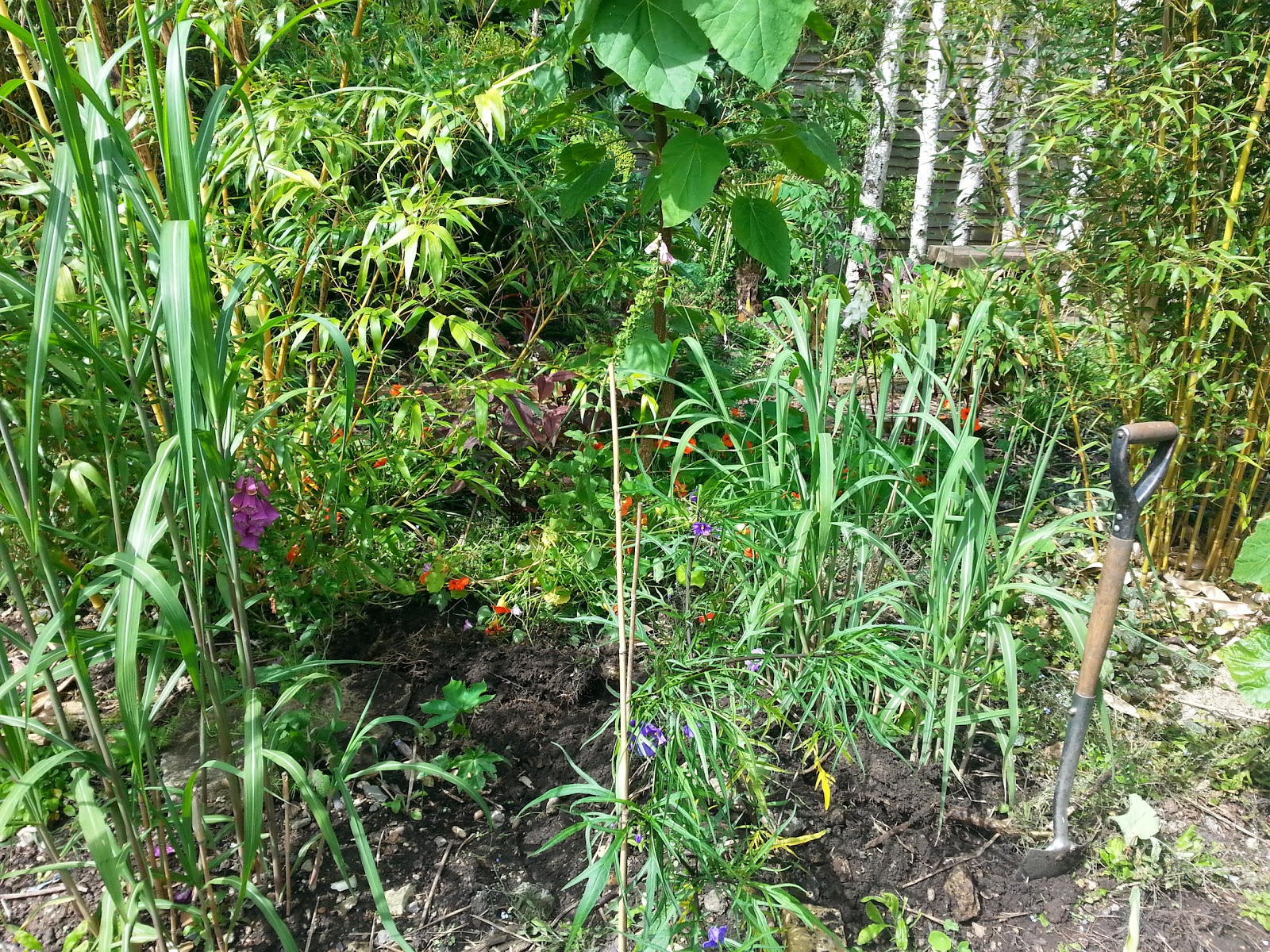 This is the beast dug out, about 2m! 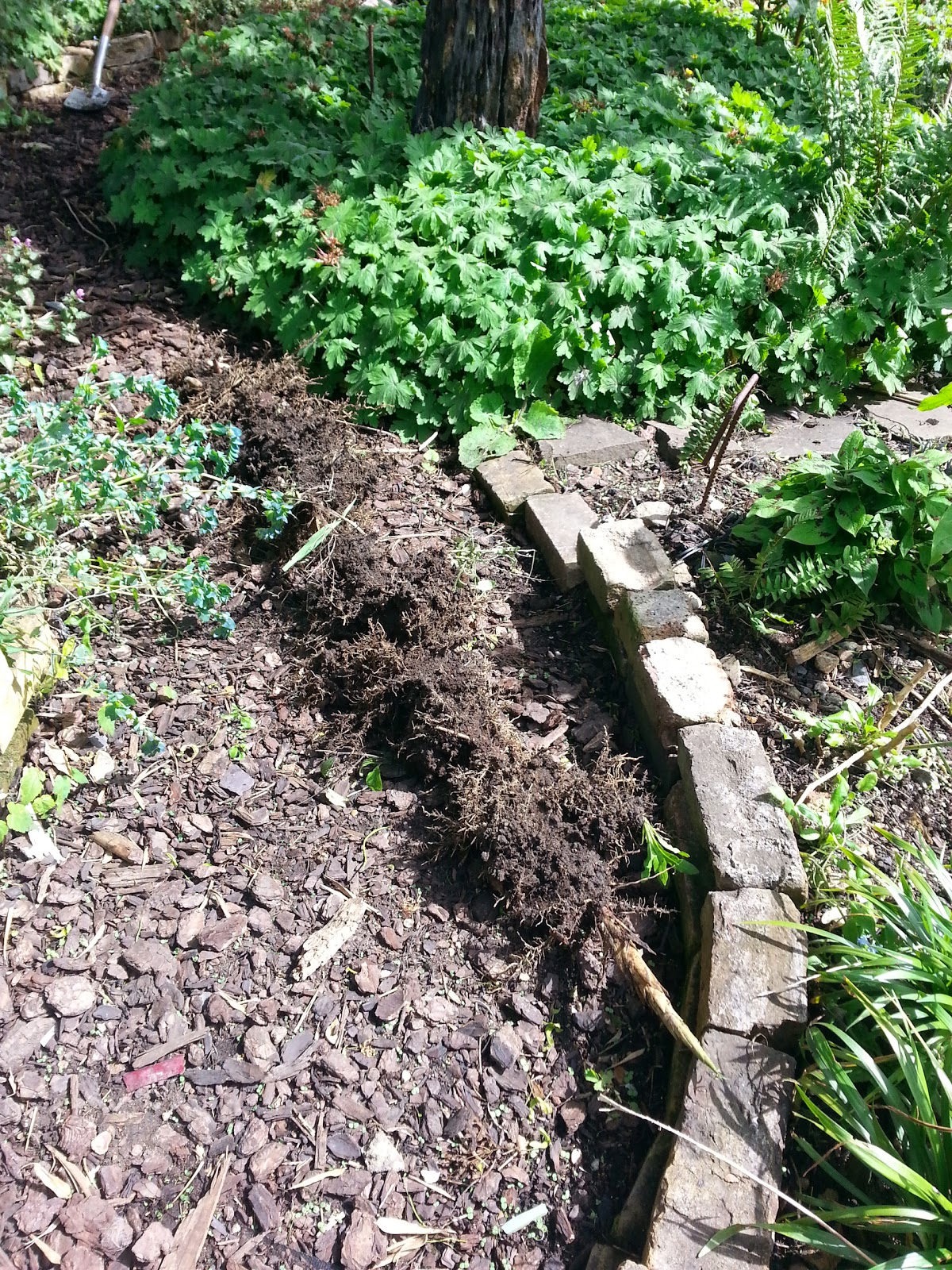 I know bamboos spread however was a little surprised at the tenacity of this one!

Other things going on in the garden:.... 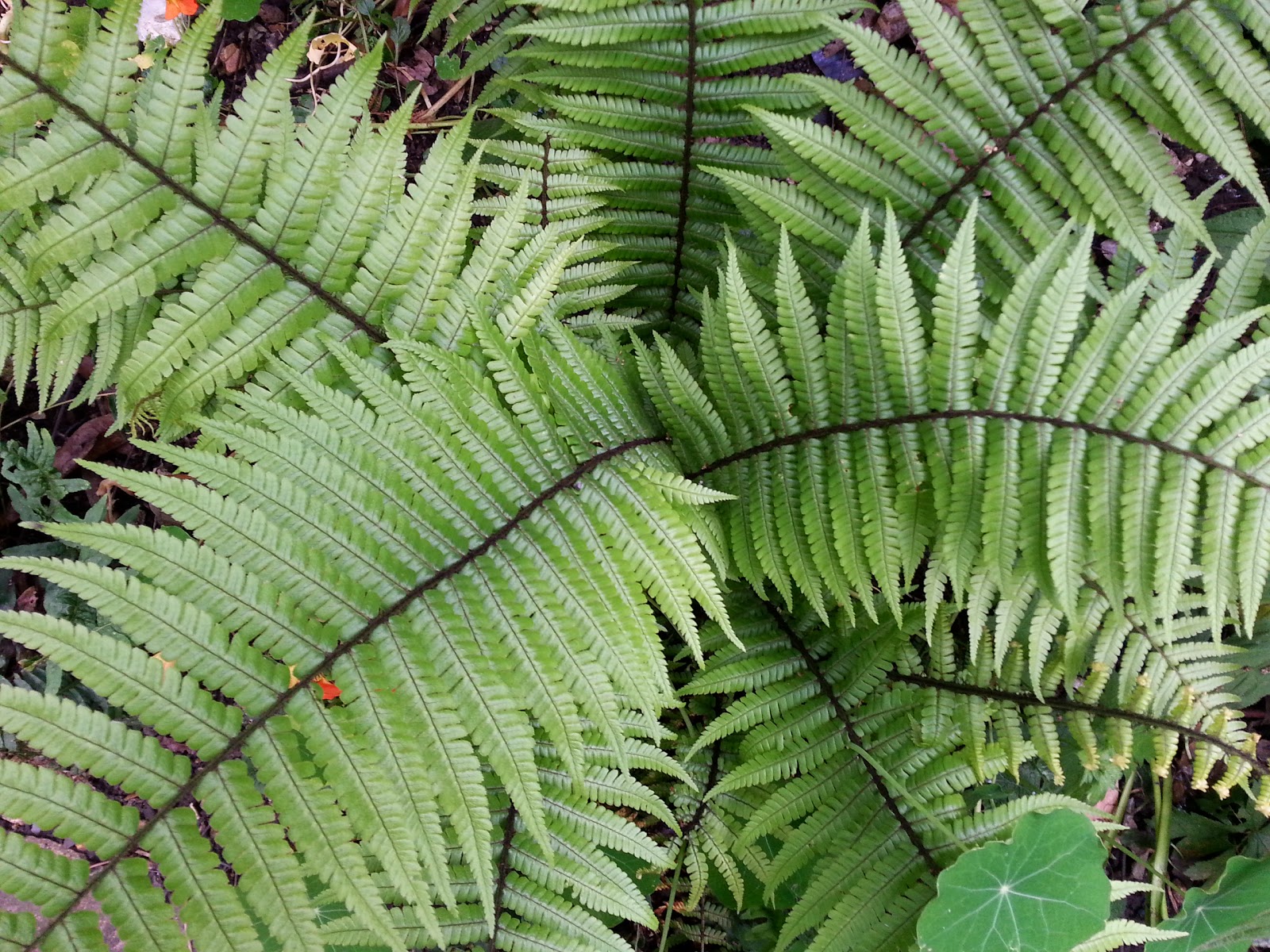