My first NGS garden of the year: alpines and solitary bees in Humberstone

Last weekend we were up in Lincolnshire visiting the in-laws and it was good to escape the rain of London for....the rain of Grimsby. Besides filling up on the best Fish and Chips around (Steele’s in Cleethorpes) we also went to see a local garden that was open for the NGS.
I must admit that the main draw for the garden was the cake as it was billed as being a garden full of alpines which don’t particularly float my boat, however I was pleasantly surprised! 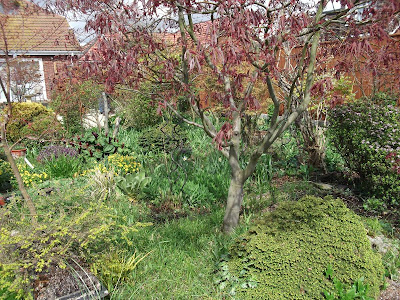 The garden its self was a flat layer of high density planting of alpines, with Japanese Acers punctuating the low spread of plants and providing some shade. There were also two cold greenhouses (alpines don’t really like the wet) 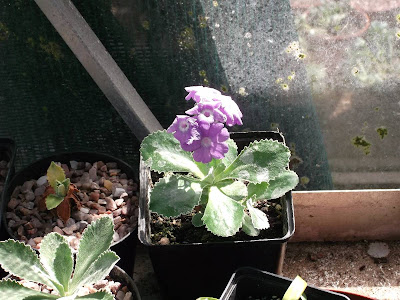 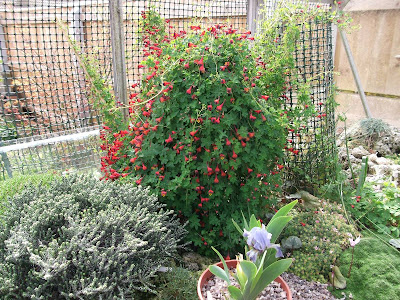 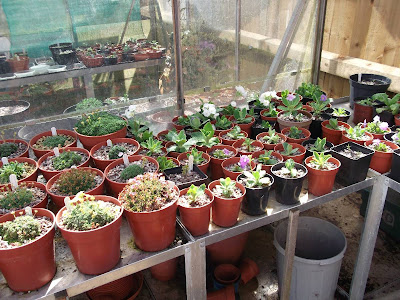 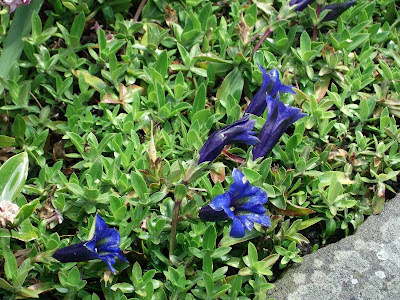 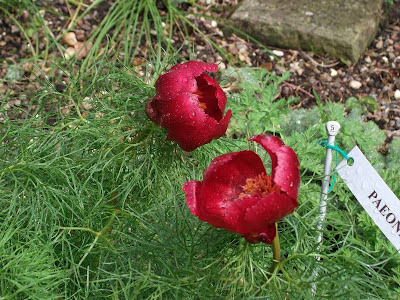 The plants themselves were quite impressive with lots of things that I hadn’t come across before including an odd Peony, lots of Fritillaries, Sempervirums, Gentians and Pulsatillas. I also really liked the greenhouses to see these full grown plants that are only a few inches across. 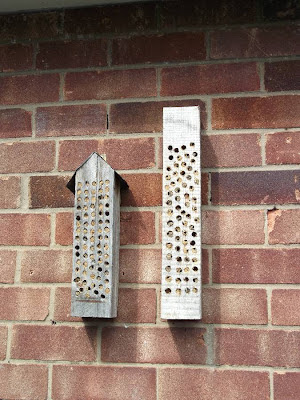 This solitary bee house was impressive to see....obviously I’m quite bee obsessed at the mo, but I have seen these bee towers and bug hotels being flogged all over the place but I’ve never seen them busy and thought of them as quite ornamental as opposed to helpful, however these ones were overflowing with bees! They actually looked as busy as my hives and were really interesting to watch.  Each one/pair lives alone and makes its home in the hole which has been drilled in the wood, then just put on a south facing wall and Bobs your Uncle....

The Trilliums were the things that made we drool......they were just so beautiful. Big, lush, unusual and pretty. Clumps were about 5-7 years old and I think as he was growing some in tubs they were at their best. I’m going to try and find lots of Trillium kurabayashi immediately! 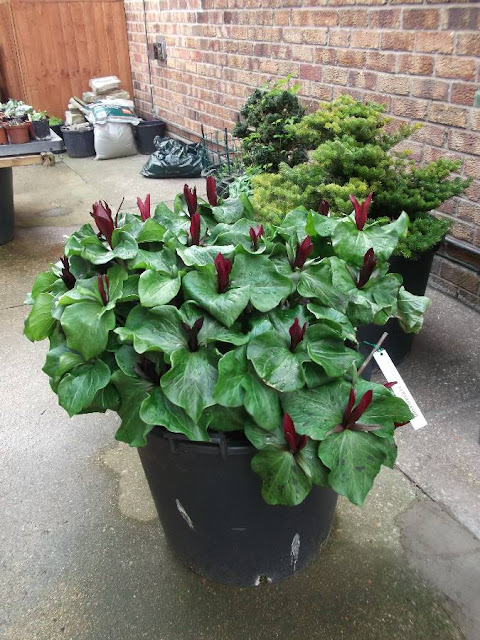 The cake was also so so nice....we all had a different one and Steven and I had to swap half way through I as I have food envy for this Bakewell tart, and he was eyeing my chocolate cake. Mmm!
So a great start to the NGS year for me, as this was an impressive garden which has set the bar high. So often with seeing NGS gardens you think differently about your own garden, and this one was probably the polar opposite of my own style (alpines is all about small and micro managing, I’m about big blousy jungle thugs) but it was a pleasure to visit and has given me some nice ideas and a Trillium obsession!
Posted by Clive at 09:01